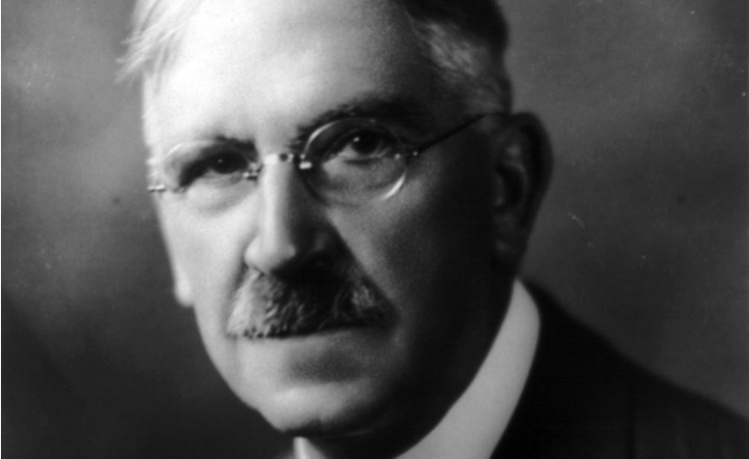 A less conventional reviewer would resist the temptation to assess James Kloppenberg’s Toward Democracy in light of Donald Trump’s seizure of the Republican nomination for the presidency.

I am not that reviewer. Trump’s ascent prompts questions about the character of politics in the United States and Toward Democracy will inform anyone concerned about our democracy and its discontents. Not that just anyone will read it. Toward Democracy is always lucid, and occasionally eloquent, but its 710 pages of text require more stamina than reading Mr. Trump’s famous Twitter feed. The result, though, is comprehensive, beginning with the ancient Greeks and moving to chapters on Montaigne and the origins of a democratic ethos in the religious wars of the Reformation era, the destruction of that same democratic impulse in the seventeenth-century English Civil War, its rebirth in the British North American colonies and then the American, and, briefly, French revolutions. Especially convincing, in the grand style of an earlier generation of historians such as R. R. Palmer, is Kloppenberg’s tracing of the influence of the American on the French Revolution, and then the influence of the bloody collapse of the French Revolution on the new American nation state.

Toward Democracy concludes, abruptly, in the late nineteenth century. The endpoint is the emergence of the French Third Republic following the violent Paris Commune of 1871 and the restrictions on suffrage and the retreat from commitments to African-American equality in the United States after the emergence of Ku Klux Klan terrorism and the collapse of Reconstruction.

The last chapters also contain Kloppenberg’s version of a Greek chorus—Abraham Lincoln, John Stuart Mill, and Alexis de Tocqueville, all lamenting their society’s inability to produce the reflective citizens on which democracy depends. The forms of democracy now existed in France, Britain, and the United States, but the self-abnegating culture needed to support the forms was evaporating. Lincoln’s Gettysburg Address becomes in this context a noble but futile attempt to recover government “of the people, by the people and for the people.” The final verdict is sobering. The “obstacles to a culture of democracy are perennial,” Kloppenberg writes, and require a more urgent and honest confrontation with “struggles thought buried in the past.”

The erudition displayed in Toward Democracy, product of a lifetime of reading at the intersection of history and political theory, will ensure that the next generation of graduate students plunders its riches. Few historians of any period possess such intellectual range. In addition to the source notes in the book, a cache of notes assessing disputes in the secondary literature will apparently be available soon on Kloppenberg’s website. I imagine toggling from the book to the website to better comprehend fine points, gaining insights into figures as diverse as John Milton, Montesquieu, and Mary Wollstonecraft.

Kloppenberg’s own theological and philosophical commitments, though, make Toward Democracy more idiosyncratic, more personal than it first appears. The book’s serene diction is in this sense misdirection. One fiercely held conviction is in the interweaving of a particular kind of Christianity and democratic ideals. Belief in Christ’s law of universal benevolence laid the groundwork for an “ethical ideal” crucial to democratic practice. In a strictly historiographical sense, Kloppenberg is surely right, and his essays over the past two decades have effectively demonstrated that the American founders blended republican with Christian ideals.

But Kloppenberg’s point is not strictly historiographical. An anti-institutional orientation creeps into his admiring description of the first Christian communities, loose bands of medieval friars, and small Puritan congregations, as the origins of democratic practice. In colonial Massachusetts, especially, democracy “emerged from the collision of religion and politics.”

Worthy as these communities are, they hardly represent a Christian norm. At one point Kloppenberg casually notes that the link between “selfless love” and democracy was for a time obscured. Obscured, that is, for the entire sweep of the Middle Ages, or “nearly a thousand years.” Kloppenberg suggests that the peak moment for the integration of Christianity and democratic thought occurred in the late eighteenth century, before declension to a society where “scrambling individualists” struggled to identify the “common good.” He includes wistful portraits of obscure New England ministers in the years after the American Revolution who advocated both democracy and “mild and benevolent religion.”

Fair enough. It’s just that “mild and benevolent” are not the first adjectives that come to mind when describing the relationship between religion and politics for most of American history. Some less mild and benevolent forms of religion have destabilized democratic politics. Other less mild and benevolent forms have strengthened it. “If we are wrong,” a young Martin Luther King Jr. thundered to the organizers of the bus boycott in Montgomery, Alabama, in 1955, “God almighty is wrong.” Little about that meeting, or the inner workings of King’s own Dexter Avenue Baptist Church, maps onto Kloppenberg’s model of deliberate, respectful exchange. But that meeting in Montgomery, and the members of the African-American Church more broadly, proved decisive for the strengthening of American democracy in the post–World War II era.

AS A CITIZEN I admire Kloppenberg’s desire to, in his words, “extend democracy from the political to the social and economic spheres.” As an historian I wonder if this desire prevents him from making an evenhanded assessment of how decidedly non-democratic social structures—families, churches, schools and firms—inhibit or advance democratic flourishing. Kloppenberg is shrewd on the need for individuals to internalize “limits on the freedom that democracy gives them.” He is less cogent on the ability of institutions to shape individuals.

Kloppenberg’s philosophical presuppositions are equally powerful. The behind-the-curtain theorist of Toward Democracy is the pragmatist philosopher John Dewey. Kloppenberg’s first book, published in 1986, was a superb comparative study of social thought in Europe and the United States from 1870 to 1920, the period just after the conclusion of Toward Democracy. It championed Dewey as one of the courageous thinkers who fought the good fight “against dogma” and for a social policy less naïve about the effects of laissez-faire—Kloppenberg uses the phrase “dog eat dog”—capitalism. Kloppenberg’s most recent book, an admiring study of President Obama, strikes a similar note, with Dewey’s belief in “uncertainty, provisionality, and the continuous testing of hypotheses” lauded as the “sturdy base for Obama’s sensibility.”

Little separates Dewey from Kloppenberg’s Obama and Dewey from Kloppenberg himself. It’s startling to learn, for example, from a footnote in Toward Democracy, that “in the natural sciences as well as the human sciences everything we know is perspectival, provisional, and subject to revision in light of new evidence.”

Really? I am not equipped to offer an alternate philosophical view. I’m just not sure that James Madison, Lincoln, and other heroes of Kloppenberg’s account of democratic thought would have accepted this philosophical premise.

Setting such a high bar for authentic democratic thought and practice may explain Kloppenberg’s severe judgment on the democracies of the nineteenth century, which for all their faults—notably the exclusion of women from the ballot box—cultivated a strong sense of political participation (voting rates for those allowed to vote in the United States were at an all-time high) and identification with political parties. It may also explain his pessimism at a moment when, as he concedes, more of the world’s people live in democracies than ever before. In 1900 a handful of countries could be called democracies. The most recent edition of the Democracy Index published by the Economist counts seventy-nine countries, inhabited by roughly half the world’s population, as either “full” or “flawed” democracies. In 1999, one of Kloppenberg’s Harvard colleagues, the distinguished economist Amartya Sen, described democracy as a “universal value.”

Admittedly, in the world of Vladimir Putin, Xi Jinping, and, yes, Donald Trump, democratic values no longer seem so universal. Trump’s preference for slogans over even rudimentary policy discussions—build a wall, ban Muslim immigrants, rewrite trade deals, repeal Obamacare—threaten the deliberative discussions that Kloppenberg rightly identifies as the core element of a democratic polity.  A Trump presidency could permanently damage a constitutional order once thought invulnerable.

The immediate challenge is to think through the social dislocations that make Trump possible. We know from exit polls that Trump supporters are significantly less affluent than (onetime) Kasich or Rubio supporters but still wealthier than the average American.  They are furious about an economic order perceived as unfair, propelling the wealthiest Americans toward unprecedented affluence even as incomes and job prospects for workers with only a high-school education stagnate or decline. (Many of them are also, worrisomely, Catholic, although detached from the Catholic institutions once so identified with the white working class.) Their America-made-great often contains racial animus as expressed toward immigrants and, less visibly, African Americans. It almost certainly reflects a declining sense of both communal and national purpose, an isolation from and frustration with politics that makes strongman rule more alluring than at any time in modern U.S. history.

Kloppenberg does not try to interpret exit polls. And in one of the lovely metaphors that dot the text he describes democratic politics as more like “ancient healing than modern medicine: it promises no surgical miracles but usually keeps the patient alive.” Kloppenberg’s own diagnosis emphasizes that the “achievement of freedom” in the late nineteenth century “made possible a world in which ambitious individuals could treat each other with diminished respect.”

So too in the late-twentieth and early-twenty-first-century. And Toward Democracy will surely become a vital guide as citizens try to recalibrate the balance of freedom and equality for our own time.

John T. McGreevy teaches history at the University of Notre Dame. He is completing a study of global Catholicism from the French Revolution to Pope Francis, to be published by W. W. Norton.