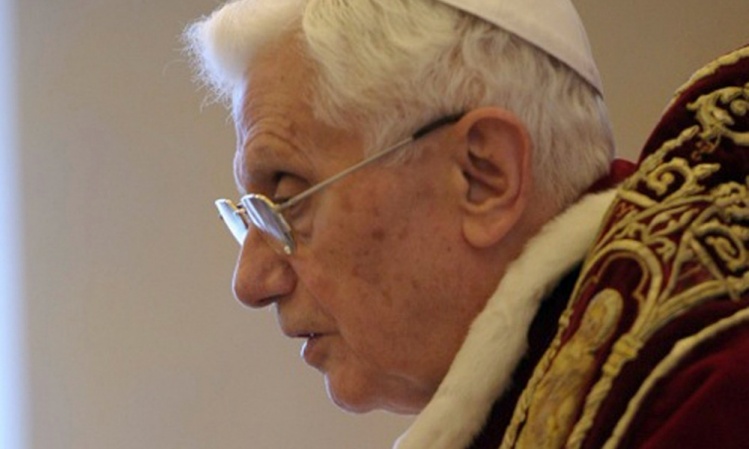 In past elections, voting guides for Catholics, written from both ends of the political spectrum, have focused on hot-button issues like abortion, gay marriage, war, and economic justice. The environment, if mentioned at all, has been an afterthought. But the increasing urgency of climate change and its potential to generate catastrophic consequences for human life and civilization make this election different. This time, the environment is front and center.

Environmentalists have typically viewed Christianity as inhospitable soil for an ecological ethic. Indeed, some have blamed the ecological profligacy of western civilization on an anthropocentric Christian cosmology that places human beings above the rest of creation. However mistaken this simplified view of Christian theology, which in fact has rich tools at its disposal for conceptualizing the relationship between human beings and the rest of creation, the suspicion is understandable. The environment has long been a poor stepchild within Christian theology, and the Catholic Church is no exception. While Catholic social teaching has not wholly ignored the issue, the major social encyclicals of the twentieth century largely failed to tackle the question of our obligations toward the Earth. Although by no means hostile to environmentalism, Catholic social teaching consistently failed to place ecological concerns at the center of the church’s attention.

Recent years, however, have seen signs of a shift in attitudes. Today Christian theologians show a growing ecological awareness, and the Catholic hierarchy has also begun to pay attention. John Paul II, more than any pope before him, discussed our moral obligation—as stewards of creation—to care for the planet and its ecological health. In a groundbreaking New Year’s Day message in 1990, he presciently warned of the risks of climate change. Subsequent major encyclicals (Evangelium vitae and Centesimus annus) contained significant (albeit brief) discussions of the environment.

Pope Benedict XVI appears to be continuing the trend. Last year, in a notable series of public statements, he emphasized our moral obligation to the environment, and, in particular, the urgent challenge of global climate change. During his homily at the Christmas midnight Mass in 2007, Benedict spoke of our “ill-treated world” and warned against “the abuse of energy and its selfish and reckless exploitation.” A British newspaper, the Independent, dubbed the Vatican’s renewed focus an “environmental blitz.” The capstone of this “blitz” was a 2008 New Year’s Day address in which Benedict made protection of the planet a central concern. “We need to care for the environment,” he said, precisely because “it has been entrusted to men and women to be protected and cultivated with responsible freedom.” Although he insisted that “respecting the environment does not mean considering material or animal nature more important than man,” he also emphasized that “it means not selfishly considering nature to be at the complete disposal of our own interests.” To drive home the point about our obligations toward the environment, a Vatican official recently released a new list of sins, including harming the environment.

The pope’s New Year’s discussion of the environment drew on themes long central to the Catholic social tradition, most notably a concern with distributive justice and a special preoccupation with the well-being of the poorest among us. The poor, after all, are the most vulnerable to the consequences of environmental degradation, and the least able to afford the costs of mitigating that harm. And although Benedict counseled prudence, urging that policies be formulated on the basis of sound science and economics, he also stated in unambiguous terms that further delay in responding to the problem would be irresponsible. Indeed, the Vatican has signaled through its own actions that the time for action on climate change is now: it has purchased carbon-offset credits, making Vatican City the world’s first completely carbon-neutral state.

So how should Catholic voters alert to these changing priorities regard the coming presidential election? It’s clear that the outgoing Bush administration, with its ideological refusal to acknowledge the dangers of climate change has failed the moral test posed by emergent Catholic environmental theology. Of those vying to be our next president, both Hillary Clinton and Barack Obama view climate change as a pressing concern, though they arguably do not give the issue the attention it merits. On the Republican side, John McCain has staked out a reasonable (if timid) position on climate change. But McCain is no environmentalist. He has earned a lifetime 24-percent rating from the League of Conservation Voters (compared with 86 percent and 87 percent for Senators Obama and Clinton, respectively), helping make Arizona’s congressional delegation one of the most antienvironmental in the nation.

In a recent essay at Salon.com, climate blogger and author Joseph Romm reviewed McCain’s positions on climate change and concluded that McCain, though rare among Republican leaders in his refusal to deny the reality of the problem, “is not likely to be the leader this country and the world needs to maintain the planet’s livability for our children.” While many differences between McCain and his Democratic opponents involve complex disagreements over the merits of subsidies, nuclear power, and the like, Romm mentions two crucial institutional differences likely to have dramatic and far-reaching consequences for climate policy. First, as president, McCain would presumably appoint fellow conservative Republicans to key positions in the federal bureaucracy. This would be a disaster for the national environmental effort. A February 2007 National Journal survey of 113 members of Congress found that 95 percent of Democrats believed climate change had been established “beyond a reasonable doubt,” in contrast to just 13 percent of Republicans. A McCain administration would staff the EPA and other federal agencies with people who have stubbornly refused to acknowledge the scientific consensus behind the human role in global warming. California’s recent failure to obtain EPA permission to experiment with its own carbon dioxide standards demonstrates that placing climate skeptics in key government posts can do as much damage as having a climate-change doubter in the Oval Office itself.

Second, as a Republican beholden to the socially conservative wing of his party, McCain would feel enormous pressure to nominate judges and justices in the mold of Thomas, Alito, and Scalia. Given the precarious balance of the current Supreme Court, the replacement of even one liberal justice with this brand of conservative could usher in an era of regulatory obstruction not seen since the 1930s. Just as the conservative Supreme Court of that era delayed President Roosevelt’s efforts to address the economic crisis of the Great Depression, such a Court today could find ways to stymie the federal action necessary to rein in our country’s dependence on fossil fuels. A tightening of the Supreme Court’s interpretation of congressional power to regulate interstate commerce, for instance, or an invigoration of the Supreme Court’s property-rights jurisprudence might make it prohibitively expensive for the federal government to combat car—dependent suburban sprawl, protect wetlands, or regulate carbon emissions. And an antienvironmental Supreme Court would be with us for decades after McCain leaves office.

Whoever the next president turns out to be, any sufficient response to the problem of climate change will need to include a number of features. First, it will require substantial mandatory reductions in greenhouse gas emissions. Second, these mandatory limits will have to be achieved through a cap-and-trade or carbon-tax system that will allocate those reductions to the parties able to accomplish them most cheaply. Third, reducing greenhouse gas emissions will demand enormous investments in new technology and infrastructure. Finally, assuring that these challenges are addressed with all due urgency may even require establishing a new cabinet post.

McCain might well support most of these elements as president. Indeed, one could argue that a Republican president willing to stake his prestige on formulating a viable strategy for addressing climate change just might pull along enough Republicans to overcome a filibuster and smooth the path for climate-change legislation. Just as it took Richard Nixon to go to China, perhaps only a Republican can overcome the Right’s apparent blindness to the threat posed by climate change. Unfortunately, nothing McCain has said in the campaign so far suggests he has the political vision to pull this off. Until he signals that he does, on the issue of climate change, an Obama or Clinton presidency appears more promising.

The potentially devastating implications of climate change make averting its worst effects a vital part of the Catholic “culture of life.” This characterization, however, raises an intractable conflict for Catholics wondering how to cast their vote in November—since the candidate most likely to appoint Supreme Court justices willing to overturn Roe v. Wade also seems unlikely to take the bold steps needed to avert environmental disaster. Sorting out these conflicting considerations is a difficult task, one the church has consistently assigned to the conscientious deliberation of individual Catholic voters. Let us, then, deliberate carefully. The nature and scope of the ecological threats confronting our planet dictate that environmental policy should weigh heavily in every voter’s decision-making process this November. Catholic teaching requires us to begin listening to the Earth. Time is growing short.

This essay is part of the Issues 2008 series of commentaries on the important issues confronting the next president and Congress.