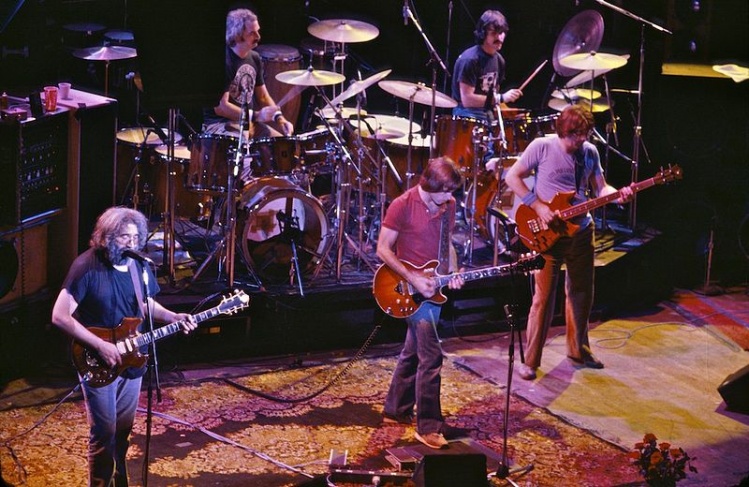 The inevitable title of Amir Bar-Lev’s new documentary on the Grateful Dead is Long Strange Trip, and as a description it’s about half-right. Clocking in at four hours, the theatrically released film version is nearly as big a commitment time-wise as some of the band’s legendary live performances. In its streaming format on Amazon, it’s broken down into six individually digestible installments, but even so, half the running time and twice the strangeness might have made better proportions. Despite a promise at the outset that it won’t wallow in the mutually reinforcing effusions of fans and assorted associates, that’s the familiar path the film too often sticks to, never mind reams of rarely seen footage not only from the Dead’s heyday but also from its Reagan-era absorption into the cultural mainstream. Deadheads being Deadheads will take every minute in rapturously; agnostics may be no more likely to convert, even if they emerge with renewed enthusiasm for the music itself.

Because the music itself sounds pretty good. Bar-Lev’s team made a surround-sound remix of the Dead’s original multitrack recordings, and these sonic oases offer respite from dusty montages of acid trips and painted buses, of the Haight thronged with youthful, attractive refugees of white-middle-class suburbia—familiar scenes that here are often and kind of annoyingly scored to the tinkling opening notes of “St. Stephen.” Also too few and far between are shots of the band at work—writing, rehearsing, recording—since this is where we get a sense of how the whole thing came together. Garcia at times is heard speaking on the interplay and overlaying of instruments, rhythms, lyrics, and vocals, his theoretical seriousness a surprise to this un-Deadhead. And the demands he makes of his bandmates are matched only by those he makes of himself: practice, practice, practice, he preaches, as he reaches once more for his own guitar. (Watch too for the segment in which he coaches guitarist Bob Weir and bassist Phil Lesh to work up a Bakersfield-sound vocal harmony for “Candyman.”) In his singular way he’s as obsessed and exacting a front man as James Brown.

He also becomes the film’s sole protagonist, with Lesh, Weir, and the others seeming to recede as the years pass and the hours mount. (Indeed, Bar-Lev doesn’t really go much beyond Garcia’s death in 1995, though surviving bandmembers have continued to tour and record.) There’s something mournful in the chronicling of the Dead’s explosive popularity of the late ’80s; footage of drunken, Ray-Ban-wearing twenty-somethings crashing sold-out stadium shows captures the decade’s capitalist excesses. Suddenly a fixture on pop radio and MTV with 1987’s “Touch of Grey,” its only Top 40 hit, the band was now firmly a part of the entertainment establishment and financially obligated to manage its brand. What a drag it must have been for long-time fans to hear Phil Lesh in pre-recorded announcements warning concert-goers to behave or get thrown out. Garcia himself retreats both by choice and necessity, serenely committed to the project (no way he’ll record a statement telling fans how to act) but too big a celebrity to leave his hotel room safely.

Among the artifacts Bar-Lev unearths is a 1991 cassette tape of Garcia professing his love to an old girlfriend; she eventually gives in to his relentless overtures and comes back to him. Another is footage of the middle-aged Garcia scuba-diving, and with simple hand motions summoning hundreds of fish into a spinning, whirling cloud around him. (These are striking moments even as they might spur contemplation over the links between messianic appeal and manipulativeness.) The seemingly ubiquitous Al Franken, giant of the Senate and confirmed Deadhead, also makes an appearance. Whether this and all the rest is enough to get you through the entirety of Long Strange Trip depends on the intensity of your belief. For some, the sublime performance of “Ripple” as the closing credits roll could itself be worth the full journey; for others, there’s always the fast-forward button.