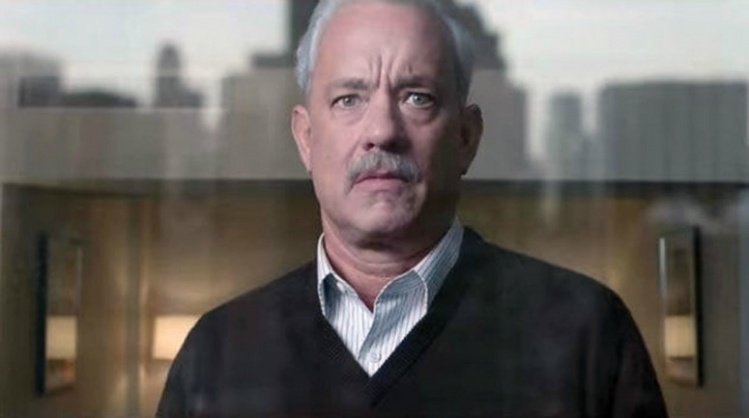 In an interview he gave a few years ago, Morgan Freeman suggested that Clint Eastwood might be the very best of current American film directors for sheer storytelling skill. Since I thought this praise at least plausible, it was with some consternation that I watched the beginning of Eastwood’s latest film, Sully—an account of how, a few minutes after departing from LaGuardia Airport in New York, airline pilot Chesley “Sully” Sullenberger and his first officer Jack Skiler landed the disabled US Airways Flight 1549 on the Hudson River and evacuated all passengers safely. A formidable feat, worthy of being the climax of an action-disaster movie. But here was the very first shot of the film and the plane was already in the air and only seconds away from its fate. So soon? What about some dramatic buildup? Was the rest of the movie going to be one long anticlimax?

Well, of course not. What I was watching turned out to be Sullenberger’s post-flight nightmare, concluding with the plane’s total destruction. Sweating and shaking in his hotel room, he’s failing to get a good night’s sleep before testifying at a hearing of the National Transportation Safety Board, which will determine whether the river landing was necessary or whether a return to LaGuardia had been possible and preferable. Eastwood’s storytelling sense is intact and more acute than ever. By beginning the narrative well after the accident occurred and while it’s still under investigation, the director and his scriptwriter, Todd Komarnicki, postpone the action until we’re ready for a nerve-wracking flashback. More important, they clue us into the movie’s real theme: not the glorification of heroism but the mental agony of a man who will firmly justify his actions in public but inwardly craves solid, objective proof that he’s done his duty. He may be 99 percent certain that he has, but the single percent of doubt is bothering him the way a dripping faucet rooms away can bother someone trying to sleep.

For an American public scarred by both September 11 and the financial crisis, the “Miracle on the Hudson” came as a much-needed opportunity to celebrate American can-do heroism, and Eastwood and Komaricki wittily present the different ways people idolize new heroes. A pretty concierge temporarily preserves her poise while showing Sully to his hotel room but then suddenly lurches forward to hug the embarrassed family man. And a bartender, delighted to find himself serving the man of the hour, and knowing that the airplane was disabled by Canada geese flying into its propellers, pours the pilot a glass of Gray Goose vodka on a splash of water, and names the concoction “The Sully.” Not a bad joke, but the still-shaky pilot just grimaces.

Tom Hanks has played many heroes in the past decade, but this is the first time he’s had to put his sense of humor on hold while doing so. (Even his mostly dour Captain Phillips enjoyed playing cat-and-mouse with his pirate captors.) Hanks’s brow-furrowed, inwardly peering Sully never cracks a smile even as he receives the kind of attention from press and public that would inflate the ego of a weaker man. “Unhappy is the land that needs a hero,” mourns Galileo in the Bertold Brecht play, but Sullenberger ponders another lesson about the media-drenched America of the twenty-first century: unsatisfied is the land until it can tear down an inflated hero. He realizes that amid the dense foliage of public acclaim lurks the hungry tiger of derision. After he dreams of his plane crashing, he has a second dream of his reputation crashing, with a fantasized Katie Couric declaiming on a fantasized TV program: “Sully—hero or fraud?” But Hanks’s Sully, who feels like neither a hero nor a fraud, won’t relax until he’s heard the contents of the black-box recording.

Eastwood’s choreography of all the first-responders—helicopter pilots, stewardesses, New York Waterway ships, NYPD, and the Red Cross—makes the post-crash rescue scene overshadow the excitement of the landing itself, and I think this was Eastwood’s intention. For, despite its title, Sully is much more a tribute to teamwork than a paean to individual heroism. It comes as no surprise when the director interrupts the closing credits with a mini-documentary in which the real-life counterparts of the movie characters come together to celebrate the bonding that resulted from the accident. It’s a group hug I can’t begrudge them (though please see my colleague Rand Cooper’s dotCommonweal post about the movie, which does exactly that), but it made me grateful that the movie preceding it acknowledges the reality of heroism only in the most understated, unschmaltzy style imaginable. It’s Clint Eastwood’s best work since Mystic River. Whether at his very best (Unforgiven) or very worst (The Rookie), he’s always been a plain director, only as good or as bad as his script—no idiosyncratic flourishes, no stylistic curlicues. He was therefore the best choice to guide a movie about a man whose final account of himself is “I did my job.” A workaday filmmaker for a workaday hero.

Perhaps nobody has enough information yet about Edward Snowden to render a definitive judgement on his character, but everybody seems to have an inflexible opinion. He’s a hero! He’s a villain! And what does Oliver Stone make of him? If you know Stone’s previous work, you won’t be surprised.

In Snowden Joseph Gordon-Levitt plays (quite well, let it be said) the same patriotic, soon-to-be-wised up naïf that Charlie Sheen embodied in Platoon and Wall Street. When asked during his entrance exam for the C.I.A. whether he believes the United States is the greatest country in the world, he unhesitatingly answers yes. The neophyte soon acquires two father figures (as did Sheen in his two Stone films): a Good Father in Nicolas Cage’s Hank Forrester, who once invented for the Company a filtered surveillance program that would monitor only those legitimately suspected of terrorism; a Bad Father in Rhys Ifans’s Corbin O’Brian, a C.I.A. honcho who claims that “secrecy is security and security is power,” and wants to spy on every citizen in the world. Despite our hero’s initial oscillation between these two characters (invented, I assume), we are never in any doubt as to which one Snowden will make proud. The motto of the movie (as enunciated by reporter Glenn Greenwald) is: “Terror is the excuse and the only thing surveillance workers are protecting is the supremacy of the government.” For this is what the left-winger Oliver Stone has in common with right-wing conspiracy theorists: a belief that the government is always the enemy, regardless of who is president or which party is in charge of Congress. The major difference between Stone and right-wingers is that the latter are absolute in their paranoia while Stone believes that a just government is possible, and that one did exist during the Kennedy presidency.

Stone, like all of us, must be permitted his private mythology, but what can’t be countenanced is his failure to delve into the complexities of the Snowden case and to dramatize it in a way that adults can take seriously. His apologist for surveillance, O’Brian (echoing Orwell’s O’Brian in 1984?), oils his way around the screen, craftiness glinting from his eyes, his lips always slightly upturned in a sinister half-smile, and his every expression of concern for the nation’s safety smacking of proto-fascism. For the final confrontation between him and our hero in a Skype interview, O’Brian’s image is projected onto a huge screen covering an entire wall. Before it stands Snowden, a speck of righteousness toward whom the towering screen figure stoops, seemingly ready to devour him. This is an image fit for “Jack the Giant Killer,” but “Jack” is a fairy tale, while Stone fancies himself a cinematic historian and truth-teller. What kind of truth-teller bathes his protagonist in a celestial white light, as Stone does in one of the final shots?

If I reject this fluently filmed and briskly edited movie, it’s not because of political disagreement. In fact, I’m more than willing to believe that the fugitive will one day be seen the way Stone sees him, as a courageous idealist. But the problem of counter-terrorism that has engulfed Snowden has also caught in its coils other well-meaning idealists, like President Obama (whom Stone implicitly dismisses as just another surveillance nasty in the film’s closing montage), and this clash of patriots needs a dramatization that is adult and tragic, not juvenile and melodramatic.