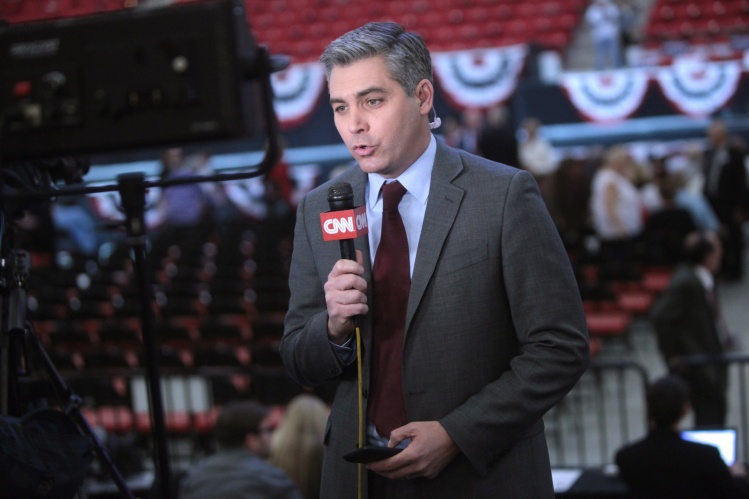 President Donald Trump’s combative rhetoric at a recent White House news conference reminded me of Rudy Giuliani’s in his days as mayor of New York City. When CNN reporter Abby Phillip asked if he wanted Acting Attorney General Matthew Whitaker, an outspoken opponent of special counsel Robert Mueller’s probe, to rein in Mueller, he answered: “What a stupid question that is. What a stupid question.” He then added ominously, “But I watch you a lot. You ask a lot of stupid questions.”

Phillip had asked a fair and obvious question, one that gave Trump the opportunity to respond to the concerns many Americans have about this suspicious appointment.

In the case of Giuliani, whose mayoral media relations seem to have inspired Trump’s, the subject matter was more mundane. During a press conference at City Hall in Lower Manhattan back in 1996, I asked if he still planned to follow through on an announcement to put more cops on patrol, given that newly released city data showed a 5 percent drop in the NYPD’s patrol strength. His answer: “Let’s stop really being stupid, okay? I mean really. I mean it really is really stupid! The level of questions is, like, at the point of idiocy.”

Outraged, I began to stand up to respond. Reporters sat in the front row in a large chamber, with about three hundred people—all the top officials in city government—behind us. The crowd was on hand to applaud their boss as he spun a report that compiled data on the performance of city government. (It seems no coincidence that the television show Spin City, with Michael J. Fox as a spin-minded New York deputy mayor, aired in this period.)

Fortunately for me, a reporter from another newspaper sitting beside me tactfully grabbed my belt from the back and yanked me down to my seat before I could stand or get more than a word or two out of my mouth. He was right; that’s not how we reporters did things.

I fumed in silence. But then I got to work reporting a detailed story on the issue. Giuliani insisted the decline in officers on patrol didn’t matter since crime was dropping, but I found that the shortage of cops in precincts was indeed disturbing to many community activists, especially in middle-class neighborhoods that the mayor relied on for political support.

Giuliani’s response to this reporter’s question, however, developed a shelf life; it appeared in the New York Observer, and from there in various books to illustrate his relationship with the media. My name was never attached, since it didn’t matter. And I think it’s better that way. I’m glad a fellow reporter shut me up.

When a politician denounces a reporter instead of answering their question, it’s a pretty good indication that the question was a good one—and that it merits further investigation.
sharetweet

Would that a fellow journalist had done a similar good deed for CNN correspondent Jim Acosta. Anyone who cares about First Amendment press freedom has to oppose the administration’s suspension of his White House press pass for the obviously false claim that Acosta was punished for “placing his hands on a young woman just trying to do her job as a White House intern.” CNN has filed suit against Trump seeking to restore Acosta’s press pass, but the correspondent is not the ideal test case for First Amendment advocates, given his grandstanding. (Trump’s toxic, politically motivated attacks on CNN certainly work in CNN’s favor in this case.) Acosta’s behavior brings to mind the observation Ernest Hemingway’s narrator Jake Barnes makes about a press conference in The Sun Also Rises: “Several people asked questions to hear themselves talk and there were a couple of questions asked by news service men who wanted to know the answers.” Trump had given his answer, and Acosta wasted time arguing even as other reporters had pressing questions. It was a gift for Trump; he rebuked Acosta as if it were an episode of The Apprentice.

But Trump’s recent insults of Abby Phillip and another reporter with a similarly substantive question—he called PBS’s Yamiche Alcindor’s query about whether Trump’s rhetoric emboldened white nationalists a “racist question”—were just a subterfuge to cover for his lack of a good answer. These were reporters who “wanted to know the answers,” to get the president on record responding to some crucial concerns the public has. It’s what reporters do. (That both reporters are African American women, as is another White House reporter Trump insulted, April Ryan, provides further evidence for charges that he is racist and misogynist.)

When a politician denounces a reporter instead of answering their question, it’s a pretty good indication that the question was a good one—and that it merits further investigation. For example, during an April 24 interview in the Oval Office, Trump was asked, “Mr. President, what about Michael Cohen?  Are you considering a pardon for Michael Cohen?” His response: “Stupid. Stupid question.”

Trump learned these moves in 1980s and 1990s New York. Like Giuliani, he played the local  news media to build his stardom. Both men benefited from fawning coverage from substantial segments of the New York media while at the same time lashing back hard at reporters and news outlets that weren’t on board.

The tactics now on display in the White House are what the New York media saw when Trump’s first wife, Ivana Trump, filed for divorce in 1990. Back then, Trump adopted the New York Post as his mouthpiece in the PR war that followed; both he and the newspaper were represented by influential publicity man Howard Rubenstein. Jeannette Walls writes in her 2000 book Dish: How Gossip Became the News and the News Became Just Another Show that Trump went on the attack against Liz Smith, the New York Daily News gossip columnist who carried Ivana’s brief. He insisted that Smith be fired (she wasn’t) and charged her with fabricating quotes and writing “whatever comes into her head.” According to Walls, “There were rumors that he might buy the Daily News and fire her.”

The story became so big—eleven days straight on the front pages of the News and Post, according to Walls—that it drowned out other news. The Post ran a front-page article quoting the new woman in Trump’s life, Marla Maples, saying that Trump had given her “The Best Sex I Ever Had.” As Walls recounts, the paper dug up a photo of the blonde Ivana with brunette hair, headlined, “Ivana’s Past as Dark as Her Natural Hair Color.”

Donald Trump thrives on personality-driven battles of the celebrities. News reporters shouldn’t allow themselves be drawn into them.