Staff Pick: 'The Selfishness of Others' 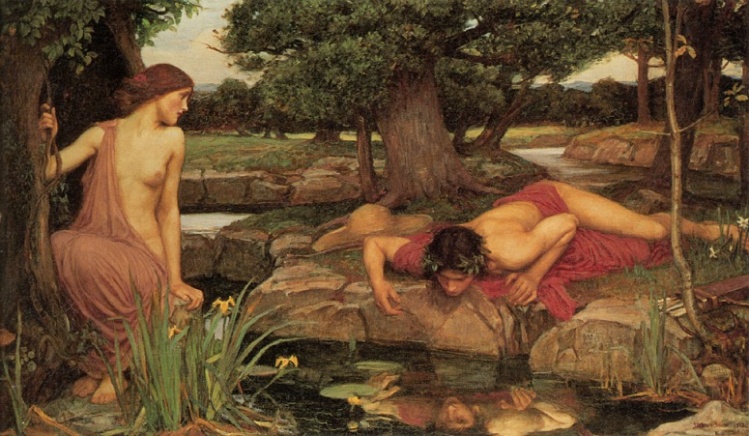 It’s appropriate that I’m writing this amid New York’s first week of real winter, the week my pipes froze and we all woke up to a snowfall one Saturday morning. That morning all my local friends’ Instagram posts were peeks outside their windows to the white ground. I considered posting my own photo in which the frosty world outside contrasts with the cozy scene inside, then didn’t. But perhaps I shouldn’t have started this “staff pick” in the first person. After all, you might have heard of that American writers use more “me” and “I” language than ever, surely indicating a new, pathological emphasis on the self.

In her new book-length essay The Selfishness of Others, Kristin Dombek sets out to describe our fear of “the new selfishness,” the widespread narcissism we can’t seem to escape. Is narcissism a cultural contagion? Why do we see it everywhere? Mirroring the lack of warmth we perceive in the narcissist, Dombek sets her essay in the cold, during “a winter when it’s easy enough to find oneself hunched over one’s computer screen, locked in horrified gaze at the self-adoration of others, and look up to find one’s friends talking on and on about themselves, their words frozen and repeating ‘I,’ ‘I,’ ‘I.’”

The first thing to know about narcissism is that we always mean other people’s narcissism. Other people are obsessed with themselves—unlike us, who are empathetic and real. Other people (millennials, bad boyfriends, bad bosses, murderers) don’t seem to possess complete selves. They’re fake, somehow. There’s something missing.

Today, narcissists are likely to be “young people,” close family members, and romantic partners (usually men, being cads). A narcissist is the twenty-year-old gazing at themselves in their phone, your erratic mother-in-law, the boyfriend who suddenly went cold and pursued another woman with the uncanny similarity to the way he pursued you. Thankfully, there’s help available. Dombek quotes in a quietly damning manner from the “narcisphere,” a circle of the internet dedicated to supporting victims of narcissists—websites like www.narcissismaddictionabuse.com, www.naricissismsurvivor.com, www.narcissismcured.com and many more. Across these sites, the narrative of narcissism’s vampiric power, what it means, and what one should do (usually run far away) tends to read the same. As Dombek describes it, “The narcissism websites give you the language for a version of the script; the forum boards help you live inside of it, like living in a movie about the end of time. But this apocalypse can be a romance, just as romance is sometimes most compellingly staged when there is an impending catastrophe to be imagined.”

While support groups and pathological explanations make narcissism feel like a contemporary plague, Dombek shows that the dynamic in which we project emptiness onto a distant, frustrated object of our will is as old as the myth of Narcissus, read correctly. Only the form of our collective disdain has changed. Freud attributed narcissism to women who (because they were flighty and empty-headed) proved immune to his form of treatment. As psychoanalysis yielded more theories for how to treat narcissists, the criteria for narcissism came to mirror the treatment. For instance, for psychologists who believed in confronting the narcissist, the narcissist was the one who resisted confrontation.

I recognized all too well Dombek’s description of the way we attribute emptiness and lack to those we want more from—particularly those we expect to reflect us, our primacy. Once, after I complained about a romantic prospect who proved disappointing, my friend Rachel memorably explained what was wrong with him: “There’s nothing there. Inside his brain there’s just a stunned possum pulling levers.” The description was beautiful, but while the idea that someone who isn’t prioritizing me is incapable of prioritizing anything meaningful is awfully comforting, the relief was short-lived. The essay’s total argument is too layered for me to properly portray in this space, but at least one gift within the book is the way it precludes the possibility of our own closed, virtuous victimhood when we’d rather explain a problem away. “The selfishness of others is the feeling of your dependence revealed, as their gaze turns away,” Dombek writes. It’s good to admit it; I do kind of think this song is about me.