The Sin of Racism and the Supreme Court's Catholic Majority 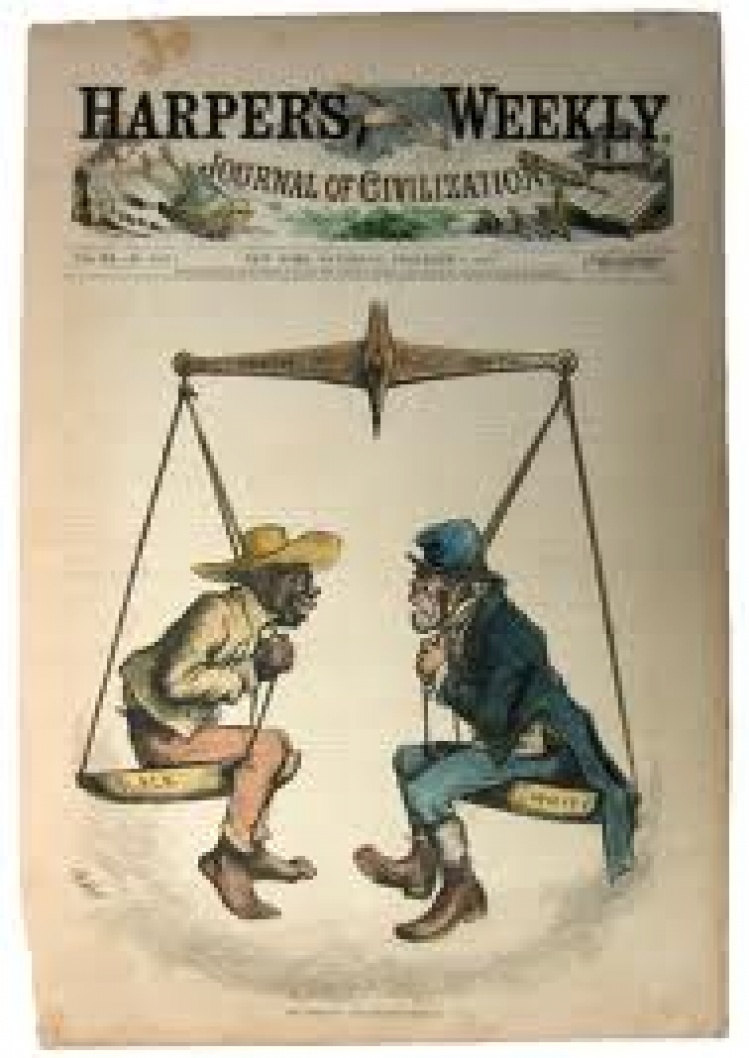 While still waiting to find out what provision of the Constitution section four of the Voting Rights Act violated (Justice Roberts' majority decision doesn't appear to ever get around to providing that little detail), it occurs to me that Shelby County v. Holder reflects, among other things, the ongoing failure of white American Catholicism to fully come to grips with the depths of the sin of racism in this country.

Daniel O'Connell, the great Liberator of 19th century Ireland, couldn't understand why Irish-Americans weren't at the forefront of the abolitionist movement.  Both O'Connell and his friend and ally, Frederick Douglass saw the two struggles as linked.

But Irish immigrants to the US ended up seeing it differently.  They saw a society much like the old one they'd left behind---where general prosperity and political freedom relied on the maintenance of a segregated and oppressed "other".  In the Old World the "other" was Irish Catholics.  In the New World, it was Blacks---and the newly American Irish fought bitterly to avoid getting caught on the wrong side of that dividing line.  Thomas Nast's racist, nativist and wildly popular political cartoons (example above) give a hint of how fluid and up for grabs the "race" line was in mid-19th century America.

The Irish provided the template by which later European Catholic immigrants could prove their "whiteness" and thus dramatically improve their chances of achieving "the American Dream".  And part of that template required ignoring and minimizing the history of racism in the United States and the ways in which "white" Catholics increasingly benefted from it.  (Noel Ignatiev's How The Irish Became White is one of a growing number of fine books and articles exploring and documenting this history.)

It's not ancient history either.  Thomas Sugrue's brilliant histories of race and civil rights in mid-20th century Northern cities, The Origins of the Urban Crisis and Sweet Land of Liberty, vividly document the myiad ways in which the sin of racism is not just a "Southern problem".  Ira Katznelson's Fear Itself shows how the New Deal, in a multitude of ways, reinforced and institutionalized racial discrimination and oppression across the country.

The world they describe is the world in which Justices Roberts, Scalia, Kennedy and Alito grew up---one in which any prejudice they and their families experienced (as Catholics, as Irish, as Italians) was but a pale and faded reflection of the racist oppression that is inextricably intertwined with the democratic and capitalist roots of what became the United States of America.  What's more, the ways in which they benefited (in most cases, unconsciously, I imagine) from institutionalized racism far outweighed any "costs" they experienced of not being part of the WASP majority.

Chief Justice Taney, in his Dred Scott opinion, at least had the excuse (justification? reason?) that his decision was based on the plainly racist character of the relevant sections of the Constitution.  Roberts and his colleagues have taken the plainly anti-racist intent (and utterly clear language) of the 15th amendment and twisted it beyond recognition.

Uprooting and repenting of the sin of racism remains one of the great, unfinished challenges white American Catholics face.  Shelby County v. Holder not only doesn't help us along that journey; it's a marker of how very far we have to go.