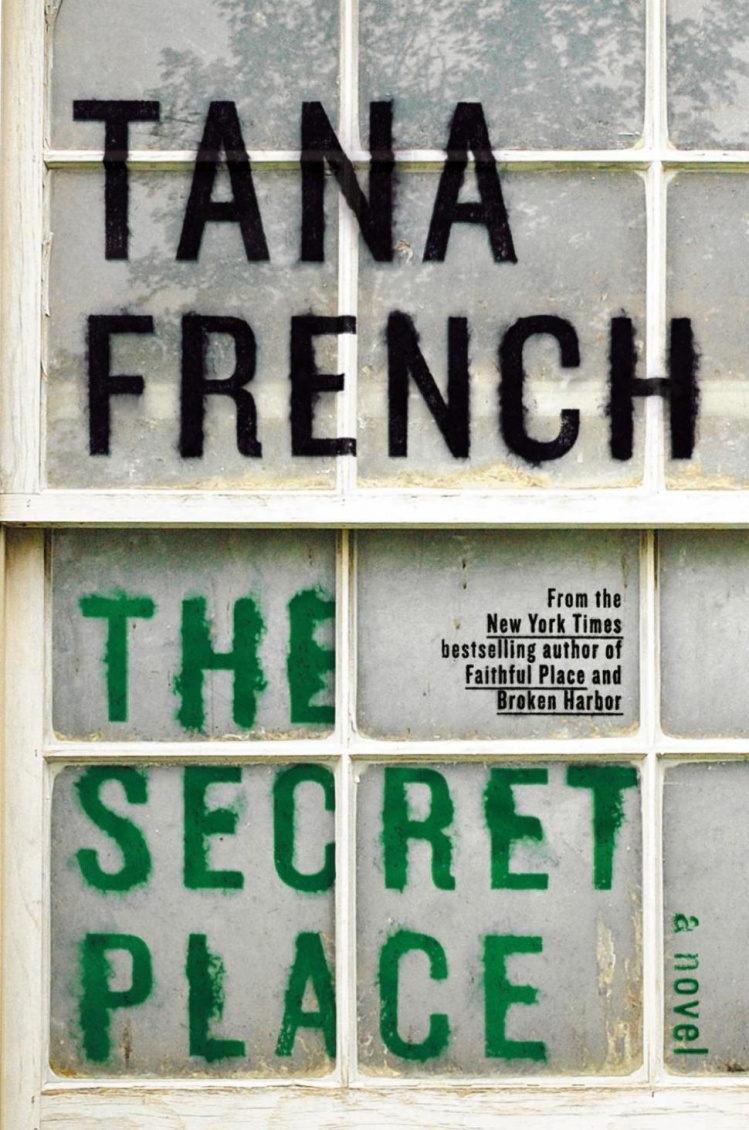 Anyone who has taught in high school realizes that instruction runs a tough second (or third or fourth) place to adolescent relationships. Hormones, evolving identities, developing sexuality, and competitive self-assertion – being “bloody minded” as the English say - make the years emotionally fraught. Friends are everything. To be “in” or to be excluded often appears a matter of life and death. Tana French, the Irish author who has had great success with who-done-its?  such as Broken Harbor and In The Woods, uses the antipathy and idealism of teenage friendship-groups to ground her latest thriller, The Secret Place. Ms. French has an unerring ear for dialogue, of teenagers in sulks or power displays, or raw Dublin detectives bantering with each other in deadly earnest. The characterization by voice is remarkable.

The story is set in St. Kilda’s, an exclusive Dublin girls’ boarding school. A student from the neighboring St. Colm’s School for Boys has been killed, his murder unsolved for over a year. A  new piece of evidence suddenly triggers Detective Stephen Moran’s reopening of the case. Moran also has to prove himself to a tough woman homicide detective, Antoinette Conway – a lady who has felt the full sting of male prejudice. She also was in charge of the investigation that earlier failed to find the killer. Egos are on the line for the adults as well as the children.

The plot unfolds through exhausting interviews of eight girls in the course of one day’s investigation. The eight form two rival groups of four who spar with each other and the detectives in the give-and-take that eventually exposes the murderer. One of the eight is the only one who could be responsible for the picture of the murdered lad with the legend, “I know who did it.” that has appeared on the The Secret Place, a Kilda’s bulletin board that gives the novel its title.

At first glance one might wonder how a novel which is primarily the reported dialogue in interviews with eight adolescent girls could translate into the page-turner that the book is – but such is the energy of the writing and the psychological second-guessing done by the girls and the detectives. In truth there is a parallel narrative that works against the interviews: scenes that involve the two cliques in the year before the murder. We watch the development of both friendship-groups, their allegiances, their flirtations with the boys of St. Colm’s, and the power structures within the groups. Ms. French has uncanny rightness in rendering the cloistered world of sworn friends, their intuitive demands, and their overt bullying. I found myself saying again and again, “She has that right – frighteningly so.” These young women don’t ever devolve into caricature; there is a sympathy throughout for the depth of emotions that the murder enquiry stirs and tramples.

Again, the detectives' working through the clues, as in all police procedurals, is particularly convincing and surprising. I found myself asking, “How did I miss that?” One telling and assured touch is the introduction late in the story of the father of Holly, one of the suspects. He is also a police detective with undue influence on Stephen and clear disdain for Conway. He allows Ms. French to further tighten the suspense and push the adult rivalries.

This is far more than a standard police procedural. The Secret Place is a character study of insight and compassion. And for all those who have taught secondary school students: read and weep.