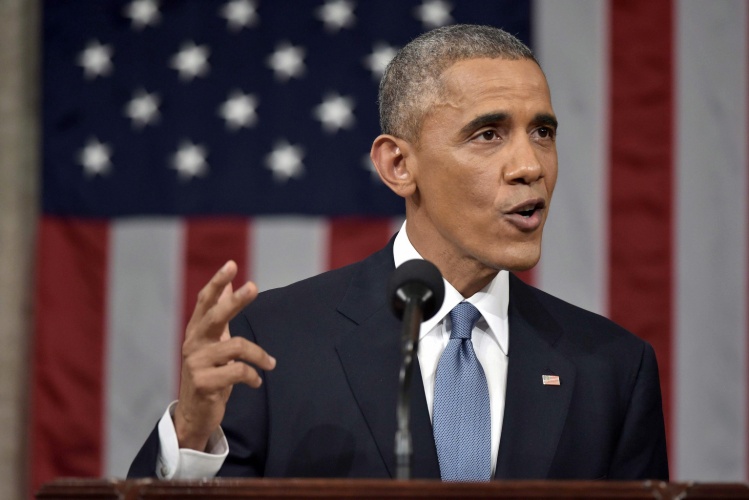 “This is good news, people.”

With those five words, President Obama made clear that he thinks it’s far more important to win a long-term argument with his partisan and ideological opponents than to pretend that they are eager to seize opportunities to work with him. He decided to deal with the Republican Party he has, not the Republican Party he wishes he had.

Those ad-libbed words followed what ranks as one of the more polemical passages ever offered in a State of the Union address. “At every step, we were told our goals were misguided or too ambitious,” he declared, “that we would crush jobs and explode deficits. Instead, we’ve seen the fastest economic growth in over a decade, our deficits cut by two-thirds, a stock market that has doubled, and health care inflation at its lowest rate in fifty years.”

Good news, indeed, and in telling the Republicans that all their predictions turned out to be wrong, he was also reminding his fellow citizens which side, which policies and which president had brought the country back.

His analysis of the nature of his political opposition, in turn, dictated the approach he took in the rest of the speech. There was no point in hedging on his wishes, constraining his hopes, and compromising in advance. Earlier in his administration, he might have begun the negotiations by offering his interlocutors their asking price upfront and then moving backward from there. No more.

Instead, he laid out what he would do if he had a more cooperative Congress. This time around, Obama’s agenda was organized around the interests of middle-class American workers, the group his administration acknowledges has not been dealt into the economic recovery.

Thus did he offer redistributive tax proposals -- cuts for the middle class, increases for the very wealthy -- and call for guaranteed sick leave for everyone, expanded child care, universal access to two years of community college, and equal pay for equal work.

He even offered encouraging words to organized labor. “We still need laws that strengthen rather than weaken unions,” he said, “and give American workers a voice.” And in defending a free trade agreement likely to be opposed by many in the unions and in his own party, he tried to make his case in the name of worker rights. He is unlikely to persuade them, but it tells us which audience Obama had in mind that he framed his rationale this way.

And he got pretty personal with the honorable members of Congress when he renewed his support for an increase in the minimum wage. “If you truly believe you can work full time and support a family on less than $15,000 a year,” he said, “go try it.”

There is something odd in the notion that Obama is supposed to abandon his convictions because the Republicans won a low-turnout midterm election whose Senate races were fought mostly in territory hostile to Democrats.

Ronald Reagan was never asked to stop being a conservative after Democrats took the Senate in the 1986 elections and emerged in control of both houses of Congress. Republicans praised George W. Bush for his courage in upping his commitment in Iraq through the troop surge even though the Democratic sweep of 2006 was in large part a repudiation of the war on which he doubled down. Are only progressive presidents expected to trim their sails?

There seemed to be a disconnect between Obama’s combative opening and his close defending his signature refrain that “there wasn’t a liberal America or a conservative America.” He acknowledged that many saw it as “ironic” that “our politics seems more divided than ever.”

But notice that he used this passage to suggest how the American debate had to change. He proposed that discussions of abortion focus more on the successes we’ve had in reducing teen pregnancies and abortions themselves. Referring to the recent confrontations in Ferguson and New York, he urged us to consider the fears of African-American young men and police officers alike even as we join in celebrating declining crime and incarceration rates.

Obama clearly still believes that the country is less divided than our politics allows us to be. But he is no longer drawn to the illusion that his adversaries in the other party will beat their swords into ploughshares anytime soon. He is battling not just for a personal legacy, but also on behalf of a perspective that he hopes the country will someday embrace.