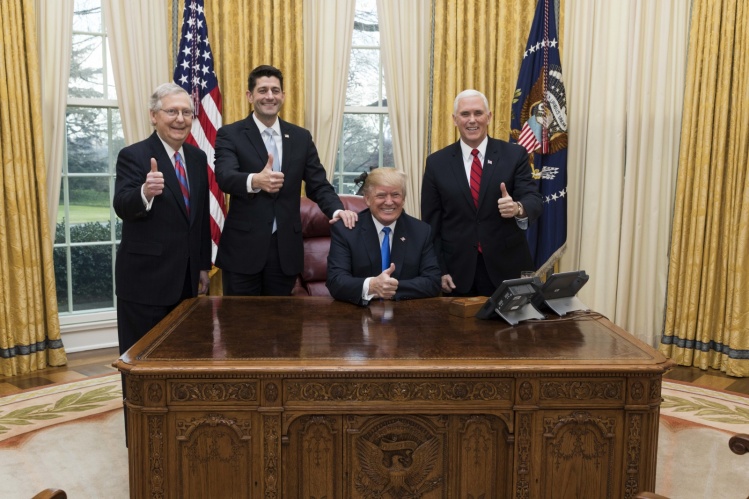 In “The Snows of Kilimanjaro,” Ernest Hemingway takes a thinly veiled shot at his friend F. Scott Fitzgerald, here given the name Julian, and his rather starry-eyed view of the wealthy. “He remembered poor Julian and his romantic awe of them and how he had started a story once that began, ‘The very rich are different from you and me,’” Hemingway wrote. “And how someone had said to Julian, Yes, they have more money.”

I’m not sure Hemingway was right, exactly: having more money isn’t the only difference. Studies show that the rich tend to be less empathetic and more selfish, their fortunes removing them from the hardships and anxieties of those of us living paycheck to paycheck. What’s certain, however, is that just how much more money they have isn’t determined by iron laws of economics or their own brilliance and virtue, but by public policy—especially the rates at which they’re taxed. In today’s grotesquely unequal America, it turns out that billionaires pay a lower tax rate than “you and me.”

That’s the infuriating conclusion of The Triumph of Injustice: How the Rich Dodge Taxes and How to Make Them Pay, a new book by Emmanuel Saez and Gabriel Zucman, both professors at the University of California, Berkeley. According to the data they assembled, which was featured in recent articles in the New York Times and the Washington Post ahead of the book’s publication, the wealthiest four hundred households in the United States paid an effective tax rate of just 23 percent in 2018—lower than any other income group. The bottom half of U.S. households, for example, paid a 24.2 percent rate.

If the struggle to take back our country from those plundering it won’t be won in a single election, we can at least start by rejecting the politicians cowering in awe of the very rich.
sharetweet

Saez and Zucman arrive at these numbers by looking beyond federal income taxes to calculate the total tax rates paid by Americans. They include all federal, state, and local taxes, and also factor in what they call “indirect taxes,” like fees for motor vehicle licenses. The two economists chart what this total tax rate has been historically for different income groups—and show that it’s plummeted for the ultra-rich since the mid-twentieth century. In 1950, the effective tax rate on the top four hundred households was 70 percent; in 1960, it was 56 percent; and as late as 1980, it was still 47 percent.

The richest four hundred households in the United States now have more wealth than the bottom 60 percent of Americans combined. While wages have stagnated for workers and millions labor under medical debt and crushing student loans, the rich keep getting richer. This is no accident—it’s the deliberate result of policy choices. For decades, politicians have slashed income taxes for top earners, estate taxes, investment taxes, and corporate taxes, all while leaving the IRS underfunded and unable to match the armies of lawyers and accountants that help the rich stash away their money. The Republicans’ “Tax Cuts and Jobs Act,” a giveaway to the 1 percent and corporations passed in 2017, only made the situation worse, bringing us to what Saez and Zucman describe today.

If all this induces despair, it’s not meant to—just the opposite, in fact. “Many people have the view that nothing can be done,” Zucman told the New York Times. “Our case is, ‘No, that’s wrong. Look at history.’” He’s right. It doesn’t have to be this way. We can decide to make the rich pay more in taxes, as we’ve done in the past, and build a more just and equitable society. There are even those running for high office who have plans to do just that. If the struggle to take back our country from those plundering it won’t be won in a single election, we can at least start by rejecting the politicians cowering in awe of the very rich—and turn to those promising to stand up to the greed of millionaires and billionaires and deliver big structural change.