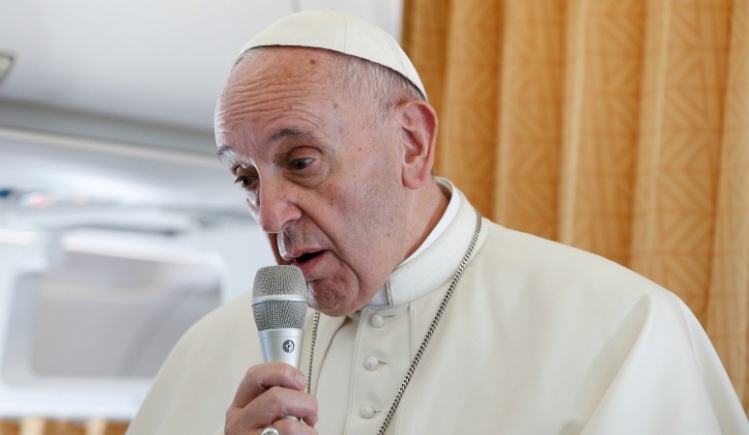 Church-related conferences have taken me far from Rome the past couple of weeks.

The first stop was Hong Kong.

The event was the tenth annual gathering of the Ecclesiological Investigations International Research Network, which focused on “Christianity and Religions in China.”

Without a doubt the July 20-24 conference pulled many of us from Europe and North America out of our ecclesiastical and professional comfort zones.

Scholars from the Roman Catholic, Orthodox, and Reformed Church traditions—from both the West and Asia—explored the history of Christian experiences in China, analyzed the current state of the various faith communities, and ventured to show how they are likely to develop in the near future.

Participants represented something like twenty-eight different countries, including Mainland China. And a good number of them were of Chinese origins or ancestry.

That included Professor Peter Phan, the Vietnamese-born priest and theologian. He and his Georgetown University colleague, Dr. Gerard Mannion, were among the principle organizers, as was Professor Mark Chapman, an Anglican priest and dean at Ripon College Cuddesdon (UK).

As in the past, the socializing, meals, and conversations outside the lecture halls were as informative and educational as the academic papers and presentations.

Vatican Radio’s Philippa Hitchen was part of a small group of us who came from the Eternal City and she put together a good overview of what went on.

But I don’t believe she mentioned any of the “interesting” eating experiences we had or recounted any of the many good jokes we heard, especially one evening after dinner.

Perhaps Dr. Vladimir Latinovic, research fellow at the University of Tübingen and another one of the conference organizers, summed it best.

“How do we know that Adam and Eve were not Chinese?” he asked.

“Because they would have eaten the snake!”

And I guess that means we’d still be in paradise.

As most people know, Pope Francis commissioned some one thousand “missionaries of mercy” at the start of the current Holy Year and granted them special faculties to forgive even those sins reserved to the Holy See.

The pope’s intention was that these priests would minister in dioceses or regions throughout the world as “a sign of the Church’s maternal solicitude for the People of God” and “living signs of the Father’s readiness to welcome those in search of his pardon”.

When Jesuit Father Richard Shortall read about the idea in the Jubilee of Mercy’s bull of indiction, Misericordiae Vultus, he immediately felt called to volunteer for the task.

He went to Teresa Brierley, vice-chancellor of Maitland-New Castle, the Australian diocese where he’s been serving the past few years. She and Bishop Bill Wright, the diocesan ordinary, thought it a good idea.

But they wanted Fr. Richard to carry out this special mission in a very specific way: by travelling around in a motor home.

The Jesuit told me more about his experience this week in Melbourne while we both attended the biennial convention of Australia’s National Council of Priests (NCP).

“The notion is that the Jubilee should open the doors of churches that are usually closed,” he said.

So he travels to a certain area and spends the week at a closed parish or another community, celebrating Mass each morning and then making himself available throughout the day for anyone who wants to come in and just talk.

“There is a sign-up sheet for half-hour slots and all they have to do is tick the box. I invite them to come and tell me their stories,” he said, stressing that about a third of these people end up celebrating the Sacrament of Reconciliation.

But Fr. Richard stresses that the most important thing is just being there for people who need someone to listen to them. And he offered an example.

“There are a number of mothers and grandmothers who come in and start to cry out of guilt because of a son or granddaughter who has taken his or her own life. They want to know if they can be forgiven,” Fr. Richard says.

“I tell them there is nothing to forgive,” stressing how moved he is to see these women visibly relieved by having a weight removed from their shoulders.

“I’m living among the sheep,” he told me.

“And I have a pretty good idea what that means, since I’m a New Zealand sheep farmer’s son,” he said.

The Jesuit missionary of mercy has already spent a week in eighteen of twenty-eight places the diocese has scheduled for him to visit before the Holy Year ends in late November.

But that might not be the end of his travelling motor home ministry. The experience has been so positive that Bishop Wright thinks it could serve as a new model in the Diocese of Maitland-New Castle.

Pope Francis was to arrive in Poland today for a five-day visit in and around Krakow, one of the most enchanting cities of Europe.

It will mark the first time ever that the pope steps foot in St. John Paul II’s noble and proud homeland. His principle reason for going now, less than four months before his eightieth birthday, is for the Catholic Church’s celebration of World Youth Day (WYD).

But presiding over what facetiously has been called Catholic Woodstock or Catholic Pride, is only the ostensible purpose for a trip that will also include a somber visit to nearby Auschwitz where he will quietly pray at the notorious Nazi concentration camp.

An unfolding of various events in the Church and the world over the past three years since Francis approved Krakow as the WYD host city makes the papal journey to Poland about much more than just a Catholic youth jamboree.

The Church hierarchy and the current government in this staunchly Catholic and politically conservative country are not exactly the Jesuit pope’s most stalwart allies. Though it’s difficult to gauge with precision, it would seem that a lot of Polish bishops and priests range from being lukewarm to hostile towards key aspects of his pontificate.

This would include the pope’s perceived “ambiguities” and “progressive” leanings on matters concerning marriage and sexuality, as stated most recently in his apostolic exhortation Amoris Laetitia.  Particularly, a number of bishops have seen this document as a direct affront to John Paul II’s more unambiguous and rigorist dictates on this sensitive and challenging area of people’s lives.

Some of the Polish prelates and certainly the government leaders are also at direct odds with the current pope’s teaching that countries have a duty to more generously accept migrants and refugees, to make necessary sacrifices for preventing environmental destruction, and to overhaul economic and financial systems in order to help the poor and disadvantaged.

Many Poles also oppose his support for a strong European Union, even as he insists that its institutions badly need reform.

The rash of terrorist attacks and other politically motivated violence that has especially shaken Europe—but also other parts of the world—this summer has been a easy excuse for Poles and others to block their ears to the pope’s calls for a more hospitable attitude towards immigrants and foreigners.

But the most important challenge Francis will face during his days Poland is winning over those Catholics, in all parts of the world, who continue to resist and remain fearful of his efforts to change attitudes, pastoral methods and even—and this is what really terrifies them—certain church structures, as spelled out his most significant document, Evangelii Gaudium (2013).

Probably only a minority of the laity are opposed to the pope’s program, while there is clearly a disproportionately higher percentage of naysayers among the bishops, younger priests, and seminarians. Ironically, many of those clergymen who are not exactly enamored of Francis will be in Krakow.

But not for him.

These self-identified “John Paul II priests” and bishops are leading their young people on pilgrimage to the city that devotees of the sainted Polish pope—from Poland and from abroad—have turned into a virtual “shrine” to promote and safeguard his legacy.

Make no mistake; Pope Francis will praise his predecessor, whom he canonized in 2014, during every speech and at every venue of the visit. But my hunch is that he’ll also use John Paul’s words to give weight to his own vision for Church renewal. The question is whether his various audiences he addresses will actually have ears that hear.

Robert Mickens' Letter from Rome will take a publishing hiatus over the summer and return in September.