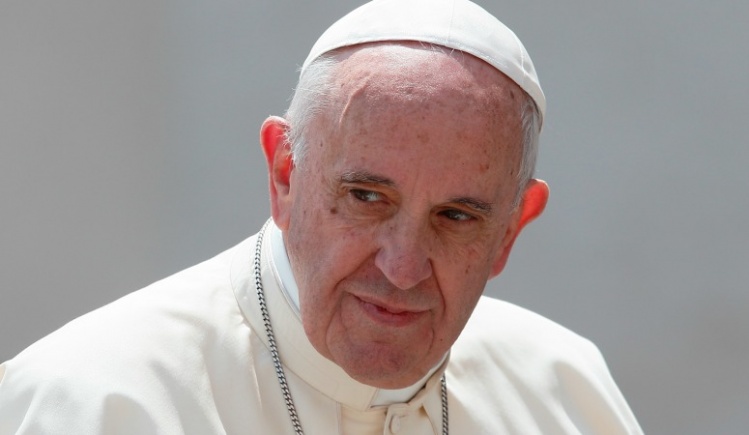 Those of us who specialize in covering the Vatican and the papacy routinely receive invitations to address groups interested in the church. In the past three years it has been even more pleasurable to accept these speaking engagements, largely because people are so well disposed towards the current pope, Francis of Rome.

It is truly remarkable how this Argentine Jesuit has ignited such enthusiasm and hopefulness among so many practicing Catholics. And even more surprising is how he has piqued the religious interest of those who have “fallen away” from the faith or who are not even believers.

So, my talks generally offer a very positive assessment of the current Roman pontificate. And that’s why, at some point at each such event, I stop and remind the audience that I do not work for the pope and that my job is not to promote his agenda or to function as one of his public relations aides. My role is that of a church critic, similar to other niche journalists who cover the world of art, film or food. Art critics love art, just as the film and food (and, yes, even the church) critics love the subjects they cover.

But our job—at least those of us who are independent Catholic journalists—is not merely to applaud. It is to offer a critique based on certain criteria that are used to assess the quality and character of our subject.

The main criteria of the church critic is the Gospel of Jesus Christ and—at least for me—the documents and ethos (spirit) of the Second Vatican Council, which—even John Paul II insisted—are the “sure compass” for the church in the twenty-first century (cf. Novo millennio ineunte, 57). Vatican II is the most recent and up-to-date body of teaching that expresses the church’s understanding of its faith, life and mission.

At a recent speaking event in the Belgian capital of Brussels, a person in the audience wondered if, by his dynamic engagement of so many social issues like climate change and the plight of refugees, Pope Francis has given less priority to this first criterion—that is, the preaching of the Gospel.

My response was that he is probably the most evangelical pope the church has seen, certainly in modern times, and that his social activism (if you want to call it that) is the necessary expression of the demands of the Gospel and Christian discipleship.

As far as Francis meeting the Vatican II litmus test, I’d say he has begun a new phase of bringing to fruition the great council’s teaching and—even more importantly—its reforming and evangelical spirit.

The Francis era has not been all sweetness and light, however. Regular readers are already familiar with list of areas where many of us believe the seventy-nine-year-old pope has not made enough significant contributions.

These include a number of issues connected to the sexual abuse of minors, especially the inability or unwillingness to hold bishops to greater accountability in mishandling abuse cases involving their priests.

Francis has also failed to advance the role and amplify the voice of women in the Church, despite having pledged several times that he hoped to do so.

And he has been slow in reforming the Roman Curia or in appointing new personnel to the major offices of this, the church’s central bureaucracy. And some of the few key appointments he has made, such as putting the conservative African Cardinal Robert Sarah at the head of the Congregation for Divine Worship, are nothing less than baffling.

But liturgy does not seem to be of great interest to the church’s first-ever Jesuit pope. That’s probably not entirely a bad thing, given that in the decade or so before he was elected Bishop of Rome a vocal and nasty minority of neo-Tridentine Catholics nearly succeeded in making their narrow obsession with sacrality and the sanctuary the major focus for the church.

Francis has turned that around. He’s put a greater emphasis on those who don’t often, if ever, even darken the door of a church.

In the light of this one of his fiercest critics, Italian writer Sandro Magister, recently accused the pope of stage-managing a pontificate built on theatrical gestures. Magister mocks Francis for a number of carefully studied decisions, such as carrying his own briefcase, ditching the papal apartments in the Apostolic Palace to live in the Santa Marta clergy residence, and even making symbolic visits to places like the refugee camp on the Greek island of Lesbos.

He even implies that the pope’s freewheeling and off-the-cuff speaking style is staged. “In words, as well, he loves to improvise, and is a fountain of anecdotes and quips, which he draws from a repertoire that is not rich but well assorted,” says Magister.

But it is the liturgy where the author is most severe, and—unfortunately for the pope—he is not altogether wrong. He writes:

The imposing Catholic liturgy of Holy Week [Pope Francis] now concentrates into a single gesture, the washing of feet. Which with him becomes the video news of the day, condensed in the image of the pope with basin and smock, stooping down to the floor, washing and kissing the feet of lowlifes in prison, of refugees in reception camps, of Catholics and unbelievers, Muslims and Hindus, prostitutes (and) transsexuals. He has done so four times already, and each time with different characters in different places, making every performance a debut.

Francis, of course, began this unconventional way of marking Holy Thursday when he was still Archbishop of Buenos Aires. Magister is correct in saying that by doing it as pope he has, for many, reduced the most important celebration of our entire liturgical year—the Sacred Triduum—to a single odd and no longer socially significant gesture.

The involvement of non-Christians is also peculiar. But not because this is somehow an offence to Jesus or constitutes a liturgical abuse. It does not. Rather, it seems insensitive to force Muslims and other non-Catholics to sit through a Mass lasting some ninety or more minutes.

It seems an imposition. And it’s very strange that it comes from a pope who, just three days after his election, refrained from formally blessing a large crowd of journalists precisely because—as he said back then—“many of you are not members of the Catholic church, and others are not believers”.

On the night of his election Pope Francis had dinner with the cardinals that had just elected him. “May God forgive you for what you have done,” he said during the toast, causing uproar of laughter.

Three years later many of those cardinals are no longer laughing. And it would seem that some of them cannot forgive themselves for choosing Jorge Mario Bergoglio, S.J. as Bishop of Rome.

Several days ago one of the most prominent Catholic laypersons in Europe told me that a cardinal working at the Vatican recently confided that eighty-five percent of the people in the Roman Curia are opposed to the pope.

That figure was not surprising. The fact that a cardinal cited it was. The opposition is on many fronts and to different aspects of this pontificate.

For example, Francis’s challenge that Europe do more to accept refugees and migrants from the Middle East and North Africa—a large proportion who are Muslims—has not gone down well with many bishops on the Old Continent.

Chief among those who have taken issue with the pope’s open door and migrant integration policy is the outgoing two-term president of the Council of the Episcopal Conference of Europe (CCEE), Hungarian Cardinal Péter Erdő.

The Archbishop of Esztergom-Budapest was in Rome this week with the CCEE leadership team for meetings with the pope and other Vatican officials. At a press conference on Tuesday he carefully, but clearly, took issue with Francis’s insistence that Europe devise a common, continent-wide policy for receiving and integrating immigrants.

“Up to this point there are no walls in Europe,” he said, claiming that the razor wire fences erected to keep out illegals by countries like his Hungarian homeland were somehow less pernicious.

The soon-to-be sixty-four-year-old cardinal, who has been a strong supporter of Hungary’s nationalist government, exonerated Prime Minister Viktor Orban’s anti-immigrant policies, saying bizarrely, “In a county of transit you can’t talk about integration and acceptance. This is a limitation of freedom.”

What freedom would that be? The freedom to exclude? No matter what the issue—whether inside or outside the church—it is Pope Francis’s desire to be inclusive that seems to really irk so many people.

Like the elder brother in the parable of the Prodigal Son, they don’t think it is fair that, like the welcoming father in that biblical story, the pope—or God—has any right to be so merciful. Especially to outsiders.