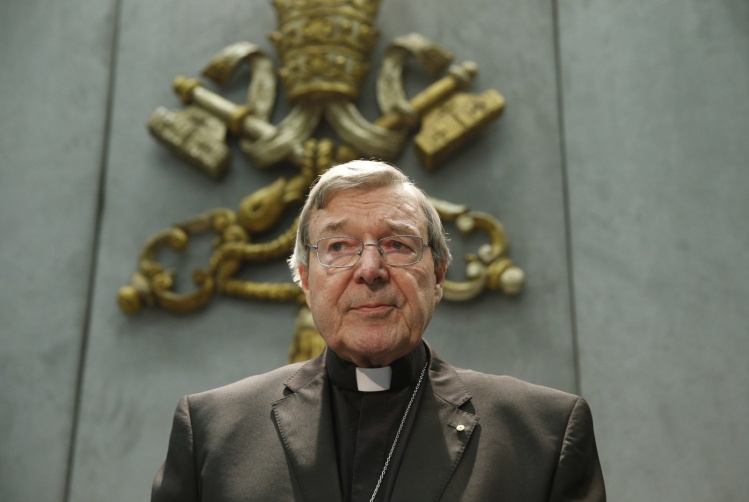 Cardinal George Pell’s time at the Vatican is over.

You can bet the Holy See’s huge financial and real estate assets that, de facto, he is finished as Prefect of the Secretariat of the Economy, the office that monitors those vast resources.

Pope Francis granted Pell an extended “leave” from his Vatican post this past Wednesday so the cardinal could return to his native Australia and face “multiple charges in respect of historic sexual abuse.”

The cardinal must appear before Melbourne Magistrates Court on July 26 when it is expected that the exact nature of the abuse charges will be made public.

Accusations against the cardinal have circulated for many years but they have never stuck. Pell has always insisted on his innocence and this past week vowed to clear his name in what he’s called a “relentless character assassination.” Evidently, he’s hired Melbourne barrister Robert Richter, known as a “standout celebrity criminal advocate,” to defend him.

This will likely require a long and drawn-out courtroom battle that will last at least a year or more. And that’s far too long for a major Vatican office to be left without its head.

Or without the head’s right-hand man.

In Pell’s case that was Libero Milone, an Italian financier born in Holland and educated in England and the United States. The sixty-seven-year-old Milone was hired as the Vatican’s first-ever Auditor General. But he abruptly resigned without any explanation just a week before Pell took his leave. It is still a mystery why the auditor stepped down.

Milone was only two years and Pell a bit more than three years into five-year appointments.

Now that one has left permanently and the other at least temporarily, two minor officials at the economy secretariat will be in charge. One is Msgr. Alfred Xuereb, a Maltese priest who served as a private secretary to Benedict XVI and briefly to Francis. He is currently the department’s prelate secretary general.

The other is Msgr. Luigi Mistò, a former high-level finance officer in the Archdiocese of Milan under Cardinal Carlo Maria Martini. He presently oversees the administrative section of the economy secretariat.

Many Vatican watchers and commentators are predicting that these recent developments spell disaster for the pope’s efforts to reform the Holy See’s financial operations.

But Massimo Franco, a respected political commentator for the Milan-based daily, Corriere della Sera, believes it actually provides a new opportunity to get the reforms back on the right track. Paradoxically, he said, the likelihood that Pell will make a permanent exit from the stage could actually advance the financial reforms rather than bring them to a halt.

“The way in which Pell managed them was considered both costly and ineffective,” Franco claimed.

“His secretariat clashed with most of the other Vatican departments. And in this conflict people noted his cultural prejudice against everything that was Italian,” he pointed out.

The cardinal insisted on using English as the official language of his office and he more than insinuated that corruption was inherent in the Italian methods of financial management.

“Pell was heavy-handed in imposing the superiority of the Anglo-Saxon legal system on a world about which he knew little and which he quickly rejected,” Franco said.

The Italian commentator noted that after the cardinal brashly announced that he would make sure there were no more cases “like those involving Michele Sindona and Roberto Calvi” (a reference to the Vatican Bank scandal in the early 1980s), some people in the Vatican exclaimed, “Archbishop Marcinkus was hardly from Viterbo!”

Marcinkus, of course, was the Chicago-area prelate who headed the Vatican’s bank (formally called the Institute for the Works of Religion or IOR) when the scandal unfolded.

Pope Francis’s preferred way of dealing with Church financial reform has always been to get out of the money management business altogether.
sharetweet

People like Corriere della Sera’s Massimo Franco believe Pell’s gruff manner and cultural superiority were a major obstacle to his efforts to push forward an agenda of financial reform. But will the eventual appointment of his replacement, even if the new prefect is more diplomatic and culturally sensitive, be able to effectively and positively change the way Vatican institutions handle money?

It bears repeating what has been written here before: Pope Francis’s preferred way of dealing with Church financial reform has always been to get out of the banking or money management business altogether.

On numerous occasions during his first several months as Bishop of Rome he said, only half in jest, that St. Peter never had a bank account. It was clear from the beginning that he would have opted to simply close the IOR and the Vatican’s other quasi-banking and real estate management departments, such as the Administration of the Patrimony of the Apostolic See (APSA) and the section within the Congregation for the Evangelization of Peoples (“Propaganda Fide”) that handles the congregation’s vast property holdings.

He seemed to have every intention of doing at the Vatican what he did in the Archdiocese of Buenos Aires shortly after becoming archbishop: divesting the Church from any direct financial management and entrusting its funds to reputable banks.

And, as if in an effort to further disassociate himself from the Holy See’s sometimes-scandalous dealings with money, this year Francis ordered that his image would no longer be on the euro coins that the Vatican continues to mint.

No pope in modern times has ever been so clear and probably so ignored as Francis when it comes to denouncing the idolatry of money.

But the Bishop of Rome appears determined not to allow internal battles over the management of the Vatican’s material resources to derail his more ambitious reforms: that is, bringing about a colossal change in the attitude and ethos of what it means to be a Christian and engendering a poor Church for the poor that is like a field hospital after a battle and open and inclusive of all people.

Perhaps Pope Francis will just have to accept that an imperfect financial reform may end being the price he’ll have to pay to achieve this much more important goal.