Last Word: Who Saved Whom?

By Wayne Sheridan
The Last Word 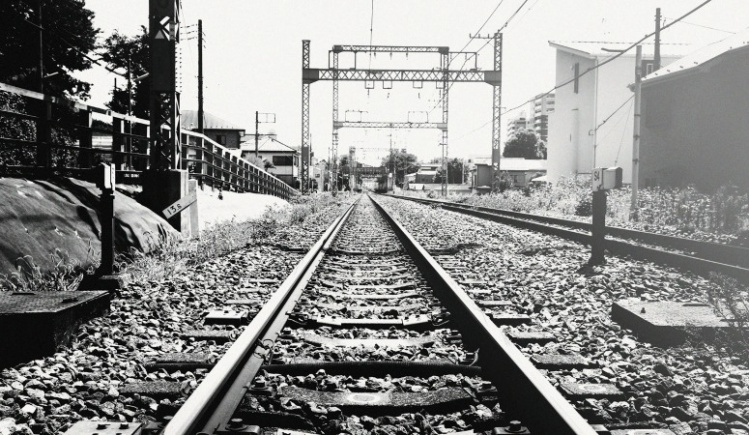 One day several years ago I was sitting on a bench in front of Heine Bros. coffee shop on Frankfort Avenue in Louisville, Kentucky. This portion of Frankfort Avenue parallels a railroad track. A young woman walked up the street, a little unsteadily it seemed to me. I immediately noticed her eyes, which had a half-vacant, faraway look. I had seen that look far too often before in the seriously depressed.

A train whistle sounded. Immediately the young woman ran across the street toward the tracks. Instinctively, I got up and followed her. There was another whistle. She walked over and stood between the two tracks. Another whistle: the freight train was getting closer. I walked toward the woman and talked to her softly, trying to persuade her to move away from the tracks. Finally, she did.

It was a brief respite. The whistle sounded again, and, suddenly, she ran back onto the tracks. I quickly decided to run straight at her. I suppose I thought—if I was thinking at all—that I could grab her and carry her off on the other side, or at least push her out of the way. And I suppose I thought my own momentum would be enough for me to avoid the oncoming engine.

When I had almost reached the tracks and could see the engine approaching from the corner of my eye, the woman suddenly jumped from the track right into my arms. We fell down just a few seconds before the train passed. After we disentangled ourselves, she began to pummel me with her fists, saying, again and again, “Why did you? Why did you?”

Then she turned away and ran back down Frankfort Avenue in the direction from which she had come. A small crowd had gathered. I asked someone to call 911 and tell them what had happened. I told them I would follow her at a distance. About five minutes later a police car drove slowly up Frankfort Avenue. I waved the officers down and pointed to the woman, who had turned onto a side street. I watched until she was safely in the police car, then said a short prayer and walked home.

A few months later, as I was sitting in the same coffee shop on Frankfort Avenue, the same young woman walked in, came up to me and said, “I just want to thank you.” We exchanged first names and I gave her my phone number and told her, “If you ever need to talk, call me.” It was a few months after this second encounter that I shared the whole experience with a close friend, who, it turned out, knew the woman professionally. My friend told me the woman was a medical doctor and a social activist. My friend also told me that the woman had since moved to Cleveland, where she was working in a clinic serving indigent people.

When from time to time I reflect on all this, I often wonder who saved whom: Did the woman jump into my arms to save herself, or to save me? Over time, I’ve come to believe her training and instincts as a physician would not let me risk my death in order to save her. Her impulse to save another’s life won out over her impulse to take her own, her sense of duty overriding her despair.