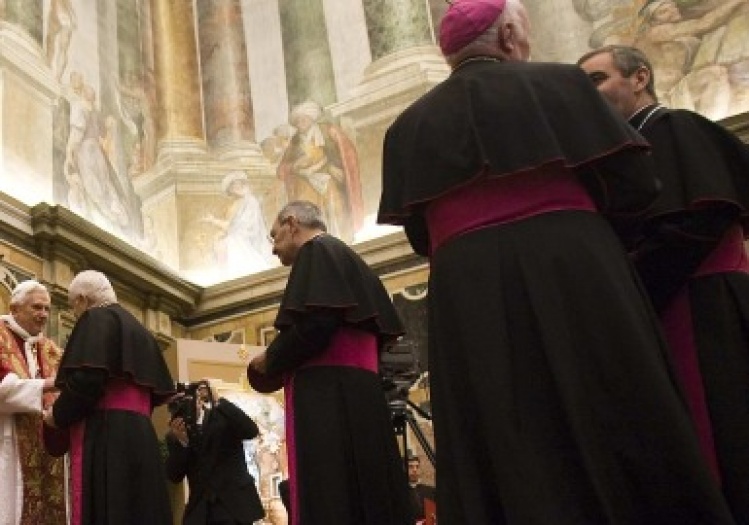 I’m so surprised, and actually disappointed, that Desmond O’Grady’s “Can Francis Cure the Curia?”—posted to the Commonweal homepage on August 31—seems to have received little or no attention. It’s important, maybe the most important thing on the horizon for the future of the Catholic church, and thus in some sense important for all the churches. Does no one have an opinion, a concern, a perspective on what is happening in this arena?

Here’s an online petition to Cardinal O’Malley to bring up the problems with how translations are being imposed. It’s not all that well-written, but least that group sees that something could change here. I wonder if there are others who are writing, asking, seeking.

And here at Commonweal the comments box is silent. I don’t get it. Are readers here uninterested in the Curia’s reform? Don’t they see that this is directly related to how, say, bishops are chosen, policies formulated and reviewed, directions implemented? We are good at complaining about the results, but apparently we have little or no interest in how these dishes are cooked up in the kitchen.

Pope Francis can be charismatic to the hilt, but if the Curia doesn’t change we will still have the same complainers pulling strings behind the scenes and calling the shots. We’ll have the same failures of collegiality, and nothing will change in the way the Church is run: It will continue to function like a renaissance court, with palace intrigue and who has got the ear of whom—and totally without transparency.