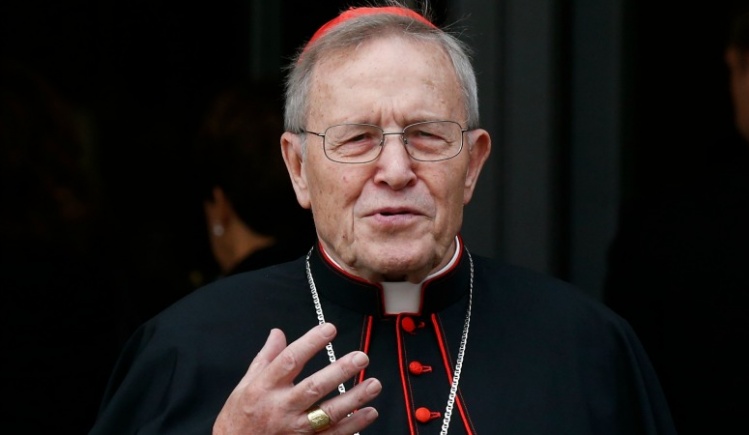 This is the first of eighteen volumes containing Cardinal Walter Kasper’s collected theological writings planned for publication by Paulist Press. Kasper is an old Vatican hand, having served as president of the Pontifical Council for Promoting Christian Unity since 1999, and as a cardinal since 2001. He has also been an academic and episcopal theologian of long standing and considerable range. Speaking of Kasper’s recent book on mercy, Pope Francis called him, “a clever theologian…a good theologian,” from whom he had learned much. He has also been excoriated by the ultra-conservative Pius X society as a “cardinal without faith.” So he comes recommended.

The present volume contains three essays in a distinctively didactic style, all having to do with the character and challenge of Christian faith in the present age, but written at different stages in the theologian’s life. The title is a bit misleading: although Kasper speaks of Jesus’ proclamation, and of Jesus as the content of faith, Jesus is much less the topic here than are the nature of religious belief within late modernity. The longest piece, “Introduction to the Faith,” was first delivered to academic audiences at Tuebingen—where Kasper was on the faculty—in 1970–1971, and responds to the dual challenges of modernity, the Second Vatican Council, and the European social unrest of the late 1960s. The second, “Surpassing All Knowledge: A Reflection on the Christian Faith,” is a 1987 pastoral exercise in fundamental theology, with a more precise focus on the anthropological dimensions of faith. The third is a set of lectures on “New Evangelization as a Theological, Pastoral, and Spiritual Challenge” that Kasper reworked over his time as a diocesan bishop (1989–1999); it emphasizes “evangelization” as a form of faithful witness rather than a technique of conversion.

Readers will not find much that is, at the level of theory, original or brilliant in these essays. Kasper is a centrist of irenic instincts, who seeks to give pastoral expression—and a distinctive piety—to the best of the Catholic tradition. Six aspects of his mediational role are clear. First, he wholeheartedly embraces the reforms and the spirit of Vatican II: he shows no taste for a return to a Tridentine Church; second, for his theological framework, he draws consistently on the great theologians who prepared for that council: Karl Rahner and Henri de Lubac appear frequently in his notes; third, he draws on both patristic and scholastic resources, showing an intimate acquaintance with both Augustine and Thomas; fourth, he remains in constant conversation with the papal magisterium both before and after the council, finding valuable points of agreement among Pius XII, John XIII, Paul VI, and John Paul II; fifth, he also finds inspiration in the nineteenth-century Catholic theologians of Tuebingen, above all the spirit-inspired writing of J. A. Moehler on the church; finally, very much in the spirit of Vatican II, he seeks to translate the truths of the faith in response to changing historical circumstances, both intellectual and social.

This first translated volume from a theological elder reminds readers of how vibrant and intellectually alive European theologians and bishops alike were for a period of some two hundred years, how bravely and faithfully they maintained fidelity to the tradition and commitment to intellectual integrity. That reminder, in turn, makes us more sharply aware of the loss of those qualities, not only among the academics, whose social location provides some excuse, but above all among the hierarchy, which is without excuse.