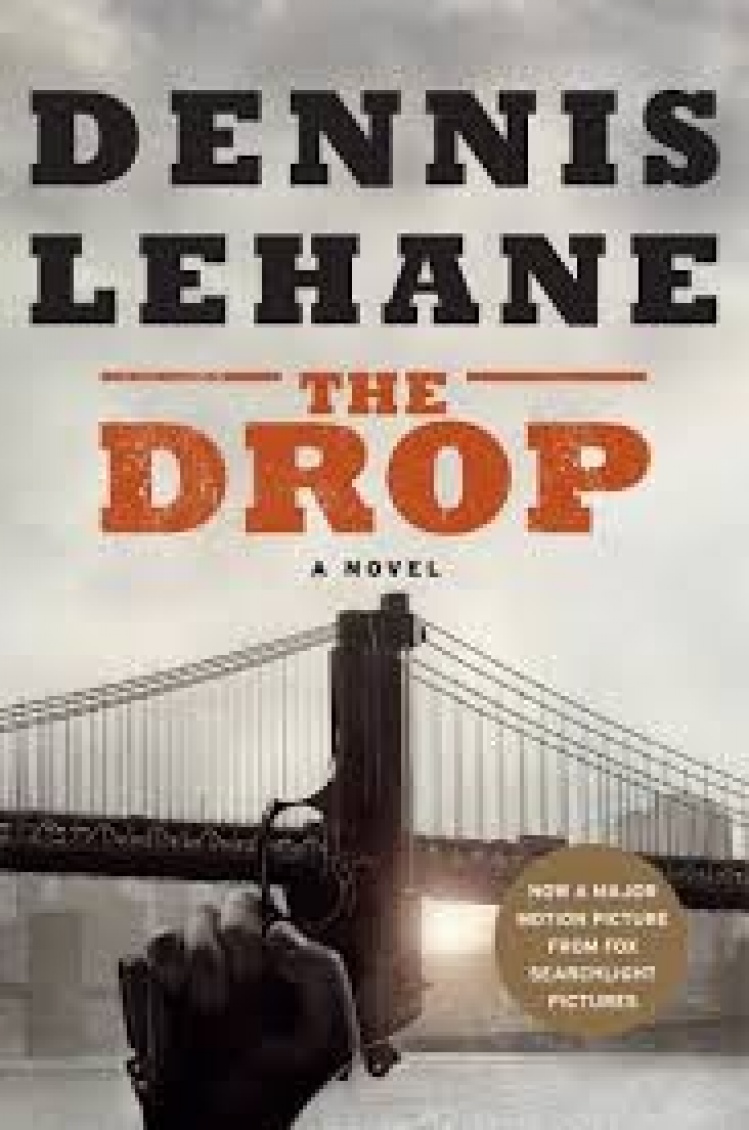 “Cradle Catholic” has a muscular connotation for me - the learned response to the stimulus of the Holy Name. I nod my head down in a perfunctory bow. Half-conscious, almost automatic gestures are part of a legacy, and so are profound orientations, habits of mind. We don’t choose these ways of thought and action; sometimes they grab us and point a way.

Dennis Lehane has used his Irish Catholic background in very successful detective fiction set in the Boston underworld. He writes spare, realistic dialogue and his books translate easily to the Big and Small Screens. (Mystic River, Shutter Island, episodes of The Wire and Boardwalk Empire) Characterization is always strong; it appears that his understanding of motivation draws easily on the “Cradle Catholic” mentality of his saints and sinners.

The Drop, his latest novel and screen play, is a case in point. The anti-hero, Bob, is an observant church goer, a loyal parishioner of St. Dominic’s, soon to be closed in a diocese-wide consolidation of poorly attended churches. Bob seems at first a suffering-servant, the bar-tender helper of his wise-mouth, lowering Cousin Marv, who is indeed Bob’s cousin. He is the apparent owner of the bar called after him. Bob is a dog’s-body, almost obsequious in has toleration of Marv’s barbed put-downs. Bob has no friends, no girl, and despite his ability to negotiate the Mean Streets, he is honest and thoughtful. His quiet strength will show itself in ways that puts him at odds with his church-going self. As we discover, Bob and Marv have a history barely hinted at but finally revealed. The plot winds its way through a long-discussed disappearance of a patron, a Chechen Mafia threat, the rescue of a Pit Bull and romance for Bob and Nadia, whose concern for the dog set them at odds with a psychopath. But the plot of the story turns on a revelation by way of a Cradle Catholic habit of mind.

Despite his devotion and his loyalty in attending mass, Bob never goes to Communion. Now it happens that another faithful parishioner of St. Dominic’s is a Boston cop, Detective Torres, who becomes more and more curious as to why, in the all the years they have attended mass together (never as friends or even acquaintances), Bob refuses to receive the sacrament. Torres was the detective assigned to investigate the disappearance so many years ago of one Richie Whelan, who walked out of Marv’s never to be seen again. Torres eyes Bob’s reluctance to take communion with increasing suspicion. He wonders what so burdens Bob’s conscience as to keep him from the altar.

I hope I have not spoiled the hard-boiled plot; I trust that there is much more for a reader to enjoy than indicated by this bare summary. The point is simple: Lehane builds on Bob’s sense of the sacred, even if it is shrouded in the flimsy cloth of taboo. A Cradle Catholic doesn’t have to be a detective to interpret the signs. The resolution however leads Bob into unexpected temptations and a most ambiguous deliverance into evil.

The Testament of Mary