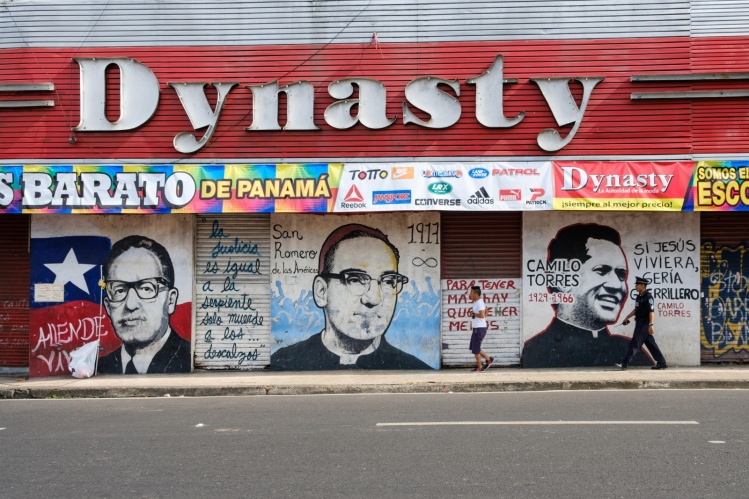 Teaching a class of undergraduates at the University of Notre Dame some years ago, Gustavo Gutiérrez was asked about liberation theology and violence. He paused a few moments and then told a story about his friendship with Camilo Torres, a Colombian priest and sociologist. During their studies in Louvain in the late 1950s, he recalled, they argued frequently, often late into the night, about whether violence was an acceptable—or even necessary—Christian response to the death-dealing poverty and dehumanizing injustice that the majority of Latin America’s people endured. Ultimately, Torres left his academic position and the priesthood to take up arms in Colombia. He was killed in 1966 in his first military engagement. Gutiérrez went on to write one of the seminal works in liberation theology: The Theology of Liberation. Commenting on this episode in his life, Gutiérrez remarked: “I wanted to write a theology because I was convinced that proclaiming the Gospel could be a powerful response to poverty and injustice.” For him, at least, liberation theology was born out of a passionate desire to share the joy of the Gospel at the margins, as Pope Francis would say.

During the same period that Gutiérrez and others were developing liberation theology in Latin America, intellectuals and activists in this country were turning to the experiences of African Americans and women with similar questions and the same determination. It is no coincidence that these three movements arose at roughly the same time. Yet, one did not give rise to the others; and while they all drew on intellectual currents in Europe, their similarities cannot be explained simply by linking them to a shared intellectual origin on the other side of the Atlantic. To write “an intellectual history of liberation theology,” one must do justice to the originality and the distinctiveness of each of these different branches while recognizing their common themes and sources. Lilian Calles Barger’s sprawling but rewarding The World Come of Age strikes this balance well.

Calles Barger argues that those common themes and sources come from the social sciences, particularly those critical social and political theories that trace back to Kant, Hegel, and Marx. Later figures such as Max Weber, Karl Mannheim, and Herbert Marcuse figure large in her story. Liberation theologians drew on them to respond theologically to Marx’s famous claim that “philosophers have hitherto only interpreted the world in various ways; the point is to change it.” Prior to the innovations of the “liberationists,” Calles Barger believes that theology had been mostly an impediment to this task. She contends that during the nineteenth and twentieth centuries, the Christian churches, along with the theologians who served them, accepted a “Great Separation” between religion and politics. Religion came to be seen as a private matter that oriented one toward a transcendent fulfillment outside of history. Politics was left to “this-worldly” politicians and intellectuals whose theories and policies were based on values that could be fully defined without reference to God, an afterlife, or anything else that transcends this world. For these politicians and intellectuals, religion was, at best, a temporarily necessary “opium of the people,” easing the pain of suffering. It should be—and will be, in the great march of history—left behind as people find more effective political responses to human needs and aspirations.

The first protests against this “theopolitical truce” came in the middle of the twentieth century. Dietrich Bonhoeffer (who gives this book its title) asserted that “in a world come of age” Christian theology can and should convey the truth and value of the Gospel to the political realm by taking up a perspective that sees the world etsi deus non daretur: as if God did not exist. In the 1960s, “death of God” theologies and works such as Harvey Cox’s famous celebration of secularization in The Secular City gave liberationists a way to talk about what Calles Barger calls “the full secularization of religion.” They also learned from radical social, cultural, and political theories that took account of the underside of modern history in a way Cox, at least, had not. Finally, the liberationists were inspired by radical popular and social movements—the Cuban Revolution, for example, as well as the Black Power and women’s-rights movements here in the United States.

Within this common framework, Calles Barger gives an effective account of the differences between Latin-American, black, and feminist liberation theology. She traces genealogies for liberation theology in Latin America that include the Indian leader José Gabriel Túpac Amaru II, who led an indigenous rebellion in eighteenth-century Peru, and José Carlos Mariátegui, who argued two centuries later for a version of Marxism open to the positive role of religion. For black theology, household names such as Frederick Douglass, W.E.B. DuBois, Martin Luther King Jr., and Malcolm X are joined by less familiar figures such as Reverdy C. Ransom, who created a distinctively black version of the Social Gospel movement. Similarly, famous feminist thinkers such as Elizabeth Cady Stanton, Simone de Beauvoir, Mary Daly, and Rosemary Radford Ruether are joined by others such as Charlotte Perkins Gilman, whose book His Religion and Hers (1923) represented a “nascent feminist theology” combining a radical social theory and a new “female-centered ethic of a God within.”

While one can find more thorough histories of each of these three movements, what’s distinctive about this book is the way it relates them to one  another. Calles Barger provides fascinating vignettes of unexpected connections, such as the friendship between Reverdy Ransom and Jane Addams, or Bonhoeffer’s brief sojourn in New York in the early 1930s, during which he encountered the Harlem Renaissance and came to better understand the evils of racism. She also recounts heated debates among different kinds of liberationists in the seventies and eighties, during the course of which it became clear that the texture of oppression based on economic class, for example, was different from that of oppression based on race or gender. One needed different modes of analysis to address these different species of injustice, so the theology that resulted would necessarily be different as well.

For Calles Barger, a liberationist is someone who questions the separation of religion from politics, shows a preference for radical political and economic revolution over reform, and advocates “the full embrace of secularity.”
sharetweet

Calles Barger’s narrative has much to recommend it, but like all sweeping narratives, it achieves coherence by excluding some figures and movements that don’t fit the story. In Latin American liberation theology, she focuses most on Juan Luis Segundo, who best exemplifies her definition of a liberation theologian as someone who embraces the full secularization of religious faith. She includes Gutiérrez, but her reading of his work overlooks his early insistence that authentic liberation requires a contemplative openness to a God who has a will for history, but also transcends it. Completely absent is the Argentinian Theology of the People, an important form of liberation theology that influenced Pope Francis. Also missing from her story of liberation theology in the United States is Latino/a Theology, exemplified in figures such as Virgilio Elizondo, Orlando Espín, and Ada María Isasi-Díaz.

These exclusions begin to make sense in light of the criteria Calles Barger uses to determine who is a liberationist and who is not. For her, a liberationist is someone who questions the separation of religion from politics, shows a preference for radical political and economic revolution over reform, and advocates “the full embrace of secularity.” If all three are required in order to count as a liberation theologian, then she is no doubt correct to note that Óscar Romero did not consider himself a liberationist. But if the identifying feature of liberation theology is its preferential option for the poor, then excluding Romero makes no sense. Nor is there any mention of the two Salvadoran Jesuit liberationists, Jon Sobrino and Ignacio Ellacuría, both of whom insisted that Romero was “always ahead of us.”

The most problematic of these three criteria is Calles Barger’s claim that liberation theology seeks the “secularization” of religion. She equivocates on exactly what this entails.  At times she seems to mean that traces of transcendence—that is, God’s holiness and desire for human fulfillment—are to be found by working within history for a better world. This seems just right. It is what Ellacuría called “being a contemplative in action for justice.” At other times, though, Calles Barger slides toward the position that liberationists aim for “a theology free of otherworldly transcendence.” This goes too far. It would exclude those theologies—such as the Theology of the People and U.S. Latino/a theology—that insist on the liberating power of prayer or of popular religious devotions, even if these do not translate directly into political action or lead immediately to changes in social structures. It would also exclude Romero and others who saw no contradiction between embracing political activism for the sake of others and a joy that points beyond history. Ironically, Calles Barger often ends up agreeing with the Congregation for the Doctrine of the Faith’s 1984 “Instruction on Certain Aspects of the ‘Theology of Liberation.’” As both the CDF and Calles Barger define liberation theology, it advocates a complete reduction of faith to the political. Of course, the CDF condemns this reduction, while Calles Barger endorses it. But both end up misreading or simply excluding the attempts that liberation theology makes to reconcile a radical commitment to justice and human flourishing within history, on the one hand, with hope in a final fulfillment beyond history, on the other. The best liberation theology has refused to concede that the more we have of the one the less we can have of the other. And this is what Calles Barger misses in her otherwise engaging account.