Is Catholicism compatible with libertarianism? 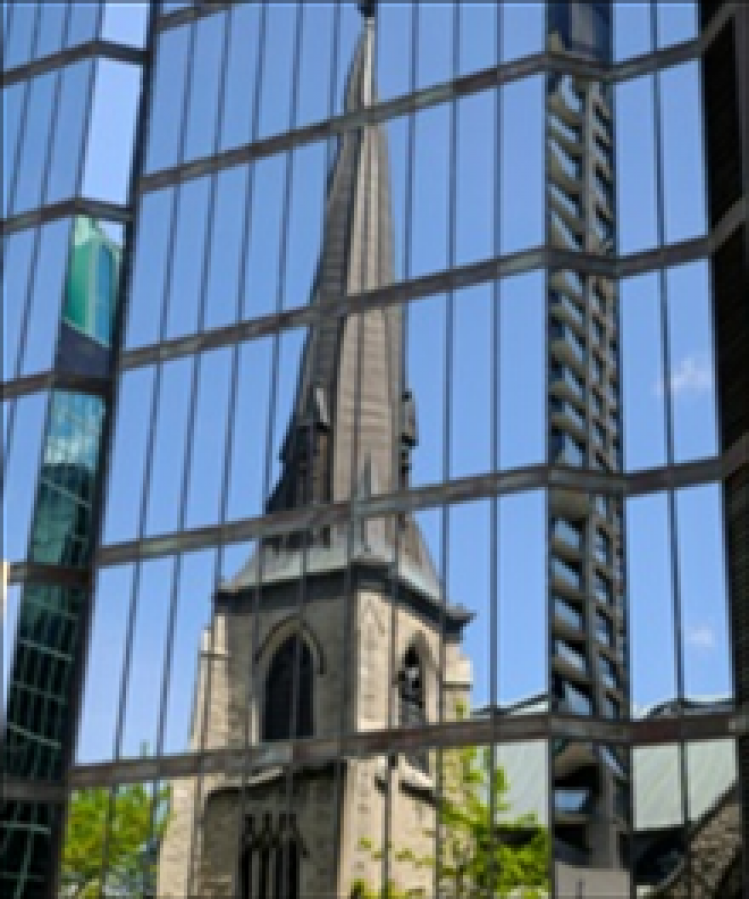 It's hard to believe that question is still being debated, isn't it? For over 100 years, the definitive answer is No. Pope after pope after pope, right up to Benedict XVI, has explained this in the most magisterial ways.

But perhaps it has taken Pope Francis's singular history, style, and gift for communication to break through the noise of American-style capitalism. Or perhaps the underbelly of globalization has finally come to light, through a combination of the explosion of financial capital, the worldwide recession, and the opportunities afforded by the Information Age for learning about the distant effects of almost-unregulated markets.

Whatever the reason, Pope Francis is getting through. He is obviously not a Marxist or socialist. But he is leveling strong critiques of the current state of global capitalism -- as it is actually being employed.  And to my mind, one of the best interpreters of his message (especially for those reading from the right-wing) has been Michael Gerson.

Those on the economic left-wing already have their favorite opinion-makers, and perhaps E. J. Dionne is chief among them for Commonweal readers. But his right-of-center colleague at the Washington Post carries clout with a different audience, and he too is using his platform to great effect. He already impressed with his column on the America interview.

Now listen to how the architect of "compassionate conservatism" relays Francis's exhortation:

In “The Joy of the Gospel,” Francis returns to the defining theme of his papacy: the priority of the person. Human beings have an essential value and nature. They can’t be reduced to economic objects or to the sum of their desires. “We do not live better,” he says, “when we flee, hide, refuse to share, stop giving and lock ourselves up in our own comforts. Such a life is nothing less than slow suicide.”

The pope contends that individualism can dull us to the requirements of justice, and that prosperity can be a prison. In making this case, Francis is demonstrating that Christian faith is not an ideology; it stands in judgment of all ideologies, including the ones we justify in the name of freedom.

On the one hand, one might be concerned that Gerson is over-spiritualizing the concrete message of Francis about justice. Is he going to make this into an individualized version that focuses on charity only? To the contrary, he writes:

But in the absence of certain social conditions — the rule of law, equal opportunity, effective public administration — capitalism can result in caste-like inequality.

As my colleague E.J. Dionne Jr. points out, the first pope from the Southern Hemisphere naturally has a more skeptical take on globalization. He empathizes with the marginalized: exploited migrants, bonded laborers, people in sexual slavery. This is the dark side of markets — the sale of life and dignity. And Francis vividly warns against the “globalization of indifference.”

Here Gerson emphasizes the "dark side of markets" and the necessary "social conditions" for capitalism to work virtuously. Most importantly, he goes on to tell the truth about the Catholic position on these matters:

Those surprised that Catholic social thought is incompatible with libertarianism haven’t been paying attention — for decades. Popes John Paul II and Benedict XVI said the same. And all warned of the danger when a mode of economic exchange becomes a mind-set. Absent a moral commitment to human dignity, justice and compassion, capitalism is conducive to materialism, individualism and selfishness. It is a system that depends on virtues it does not create.

These exhortations can't be repeated often enough in countries such as ours, so ideologically saturated in the mind-set of market exchange. For capitalism to yield human flourishing, it requires social conditions and cultural virtues that must be nurtured from elsewhere. Families, communities, and yes, even federal governments, all must work to create these conditions, to rear the proper virtues, and in many cases to tune up the system while it's running.

Catholics really shouldn't need any more debate about this. We shouldn't need to go on Bloomberg TV to debate it, like Fordham's Christiana Peppard did. NCR's Michael Sean Winters shouldn't need to talk with Fr. Sirico of the Acton Institute any longer. The Church has spoken virtually in unison, and Pope Francis finally might be getting new ears to hear.

(For more of Gerson's recent commentary, see this video.)