Can Liars Tell the Truth? 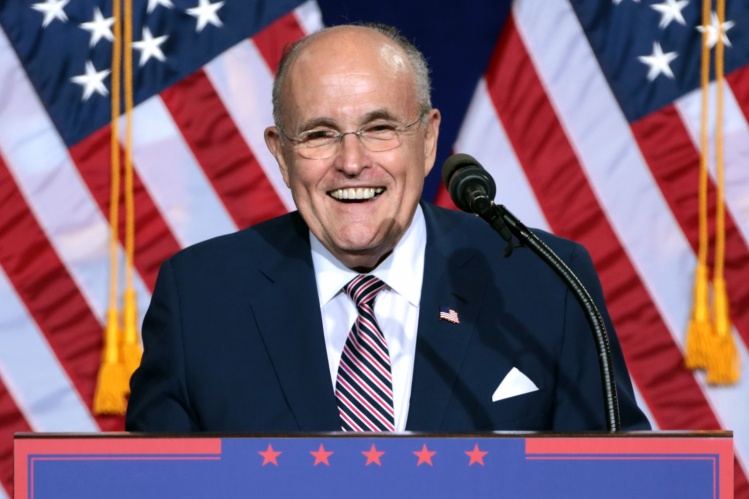 Rudy Giuliani has denounced lawyer Michael Cohen as a “pathological liar.” It’s really the only argument he can make as Cohen turns against President Donald Trump, whom Cohen once described as “an American hero.” But as Giuliani would know from his own prosecutorial experience, it’s an argument that has often failed in federal courts.

This scenario—outraged defense lawyer paints federal informant as a liar—played out in many of the cases that made Giuliani a media star when he was U.S. attorney in Manhattan during the 1980s. The one that most comes to mind is a case Giuliani prosecuted personally against the Democratic leader of the Bronx, Stanley Friedman, who was the fixer’s fixer in New York politics at the time.

Friedman was convicted in 1986 of a $22.7 million bribery scheme involving a contract to supply the city with hand-held computers—somewhat of a novelty then—to issue parking tickets. Giuliani said Friedman conspired with his friend Donald Manes, the Queens Borough president, and Manes’s friend Geoffrey Lindenauer, the deputy commissioner of the city’s Parking Violations Bureau, to fix the deal. Manes committed suicide. Lindenauer became a witness for Giuliani.

Lindenauer was a loathsome character, a phony therapist with bogus diplomas who had sex with his patients. These and other revelations made one thing plain: he was a practiced liar. Giuliani was upset that the reporters covering the trial, mostly political writers rather than the crime reporters he was more used to dealing with in those days, kept focusing on the evils of the witness Giuliani presented. Friedman was brash; to political observers, it looked as if Giuliani was losing the case, and with it, his potential for a political career. He’d been on the defensive—uncharacteristically—after it was disclosed that he had secretly taped Friedman’s defense lawyer, Thomas Puccio, who was formerly a star prosecutor of political corruption.

But Giuliani had an answer, the answer that prosecutors invariably give when a star informant’s credibility is attacked: the prosecution didn’t choose the witness; the defendant did, by associating with him. “The people who knew best what was going on in a cesspool of corruption like this one are the people who were wallowing in it,” he told the jury.

Giuliani threw everything he had at Friedman during his cross-examination. At one point, he noted that Friedman had gone to work at the law firm that represented Trump—it was attorney and fixer Roy Cohn’s firm—after having signed off on a large city tax break for a Trump hotel project while a deputy mayor in the 1970s. Friedman was convicted; Giuliani resigned as U.S. attorney a little over two years later to run for mayor as a corruption-buster.

Rudolph Giuliani’s more immediate concern is not a jury, but the members of Congress who would sit in judgment in an impeachment trial.
sharetweet

The point is: it does little for the credibility of the president of the United States if he needs to portray someone he relied on as closely as Cohen as a sleazy liar. Trump chose Cohen to do his bidding, much as he had once relied on the notorious Cohn to win friends and intimidate people. These are the waters Trump wallows in.

If Cohen does indeed testify in Robert Mueller’s probe of “coordination”—Mueller’s word for it—between Trump’s campaign and the Russian government, investigators will obviously look to corroborate details through his tapes, other witnesses, phone calls, emails, text messages and Trump’s own tweets. If Trump knew in advance that his campaign team was going to a meeting at Trump Tower to seek negative information about Hillary Clinton from Russians with connections to the government—as Cohen contends is shown on a tape he secretly recorded—that brings the “coordination” from lower-level players like George Papadopolous to the top.

If there is a bit of corroboration for Cohen’s charges, it could be difficult to persuade a jury that Trump’s association with him was innocent. That he relied so much on Cohen will only tarnish him further. But that’s not to say Giuliani is wasting his time in attacking Cohen.

Giuliani’s more immediate concern is not a jury, but the members of Congress who would sit in judgment in an impeachment trial. Jurors tend to look closely at the corroborating facts—the kinds of facts that reporters overlooked, much to Giuliani’s dismay, in their coverage of Stanley Friedman’s trial. But politicians have other concerns. And it’s possible that turning Cohen and the “Robert Mueller Rigged Witch Hunt” into the villains would provide enough rhetorical cover for House Republicans to stick with Trump.

Weighing Weigel's case against The Times