A case for bias-crime laws
By Patrick Jordan 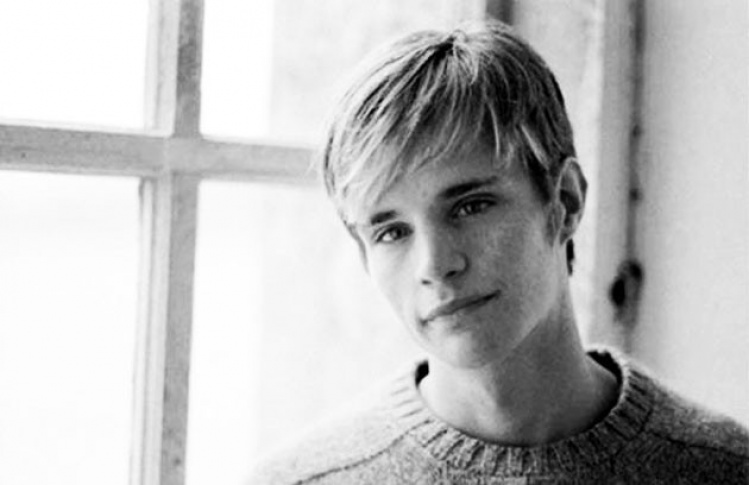 This piece first appeared in the November 20, 1998 issue of Commonweal.

The brutal murder last month of Matthew Shepard––the twenty-one-year-old gay college student in Wyoming who was beaten and tied to a cross-like fence to die––struck at the conscience of the nation. It was not only the sheer sadism and rancor of the crime that affected Americans, but the sense that Shepard's rights had been violated simply for being who he was.

Hate-motivated crimes have their own pedigree, their own smell. They are acts of criminal violence––among them kidnapping, torture, and murder––but their destructive capacity stems from a motivational intensity that sets them apart. When James Byrd, Jr., a disabled African-American, was dragged to his death in Jasper, Texas, last June, every reflective American knew instinctively that this crime was motivated by a particular loathing born of prejudice.

Crimes of this sort can be triggered by a victim's demeanor, color, status, ethnicity, speech, etc., which become the pretext for unleashing blind fury. For potential victims, the threat of such violence is a constant source of vulnerability, unease, fear, even terror. These violent acts of bigotry demand forceful and consistent redress, for they strike at the heart of the solidarity that binds society together; they undermine the very notion of equality.

Twenty-one states have laws that increase the penalties for hate crimes related to race, religion, color, national ori- gin, and sexual orientation. A further nineteen have laws that cover most of the above, but not sexual orientation, even though the F.B.I. reports that 12 percent of hate crimes in 1996 had to do with sexual orientation, and the Southern Poverty Law Center calculates that bias attacks against gays and lesbians are more than twice as likely as similarly motivated attacks on African-Americans, more than six times as likely as those directed at Jews and Hispanics. Ten states, Wyoming among them, have no such laws, and thoughtful people argue they are not needed. In Wyoming, after all, the death penalty is in force for murder, and criminals should be punished for their deeds, not their beliefs.

It was not only the sheer sadism and rancor of the crime that affected Americans, but the sense that Shepard's rights had been violated simply for being who he was.
sharetweet

But whereas the rate of violent crime in general has been falling nationally, violence against gays, lesbians, and trans- sexuals has been on the rise. Last year in New York City, for example, violent crime fell 10 percent while antigay violence rose by 14 percent, according to the National Coalition of Antiviolence Programs (NCAVP), a gay advocacy group. When a Wyoming legislator likens homosexuals to gay bulls-––worthless except to be sent off to the packing plant––the likelihood of a decline in bias crimes is not improved.

Those who question the legality and wisdom of hate-crime legislation, such as columnist George Will, contend that pres- ent statutes are sufficient to prosecute hate-motivated crimes, and that to codify "an ever-more elaborate structure of identity politics" will not only prove costly but will enhance divisiveness. Others argue that such statutes diminish the constitutional protection against double jeopardy for the same crime. Still another caveat is that such legislation might limit individuals' free speech. In fact, Matthew Shepard's father, Dennis Shepard, warned after his son's death that legislators should not rush to pass "all kinds of new hate-crime laws. Be sure," he said, "you're not taking away any rights of others ...."

Yet, as Will grants, "law has the expressive function of stigmatizing particular conduct." Bias-crime laws are less about punishment than about deterrence. Law sends a pow- erful and effective message that society will not tolerate cer- tain acts. Brian Levin of Stockton College's Center on Hate and Extremism notes that a Boston statute cut hate crimes by two-thirds. A further consideration concerns local and state officials who fail to assure citizens' rights. When there is an absence of federal oversight, victims may lack adequate recourse. Proponents of the proposed Hate-Crimes Preven- tion Act of 1998 (S. 1529) argue that while many local juris- dictions have attempted to respond to hate-motivated vio- lence, the problem is sufficiently serious and widespread to warrant federal intervention.

The murder of Matthew Shepard was not the first and will not be the last crime of its kind. But it should shake our indifference and lead to actions that reduce such crimes.
sharetweet

To shield citizens from the dou- ble-jeopardy conundrum, S. 1529 specifically excluded "duplicate punishment for substantially the same offense." There are other reasons to support federal involvement besides the fact that homosexuals suffer higher rates of vio- lent hate crime than any other group. One is that violence against gays is more often directed at their persons than at their property. Whereas the Anti-Defamation League reports that 55 percent of anti-Jewish incidents are against persons, the NCAVP offers evidence that 95 percent of violence agains gays is directed at their persons. Another reason to support such legislation is the matter of who will protect victims when local enforcement agen- cies are themselves biased. In 1997, only 24 percent of anti- gay incidents tracked nationally by the NCAVP were reported to the police (half the percentage-rate for reporting violent crime in general) because gays feared going to the authorities. Of those gays who did try to file, 12 percent stat- ed that the local police refused to register their complaints; and of those who actually managed to file, almost half said they had been treated indifferently or with hostility. Worse, according to the NCAVP, incidents of antigay abuse by the police themselves jumped nationally from 266 in 1996 to 468 last year.

The American Jewish Committee (AJC)––no stranger to combating crimes of hate has noted that proposed federal legislation would continue to leave responsibility for pro- tecting citizens' rights primarily with state and local agen- cies; and that federal prosecution in hate-crime cases has been used only sparingly in the past (6 percent of incidents). Yet the cumulative effectof such federal laws, the AJC points out, has enhanced deterrence, particularly in states that lack laws or do not enforce them.

The murder of Matthew Shepard was not the first and will not be the last crime of its kind. But it should shake our indifference and lead to actions that reduce such crimes. While legislation itself will not change all hearts, it might send a powerful message to some hate-twisted minds.