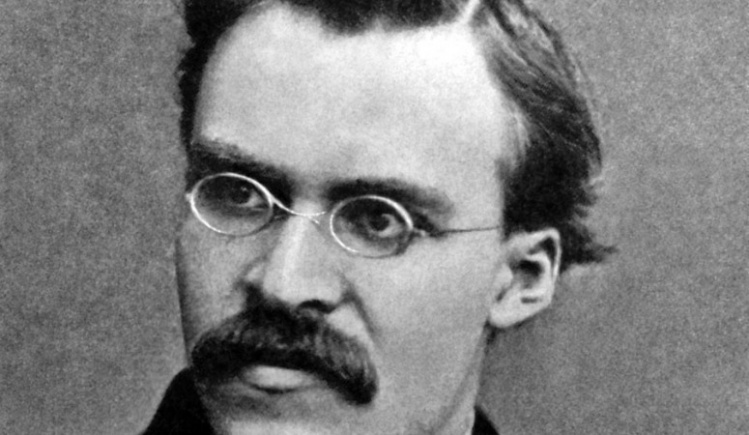 The amazing success of higher education in America obscures the crisis of higher education in America. According to the U.S. News and World Report 2016 rankings, the United States is home to eight of the top ten universities in the world and to a little more than half of the world’s top hundred universities. The quality of research in science and technology at America’s leading universities is breathtaking. The best private universities in America have amassed endowments of tens of billions of dollars and the donations continue to flow. Students from around the globe leap at the opportunity to come to America to pursue undergraduate, graduate, and professional studies. Graduation from one of America’s top undergraduate colleges or professional schools typically provides an entrée into a remunerative career and high social status.

But liberal education, the beating heart of American higher education, is not well. The traditional purpose of liberal education is to prepare students to exercise the rights and assume the responsibilities of freedom. To accomplish this purpose, liberal education, which furnishes the framework for much of American undergraduate education, must introduce students to the humanities, social sciences, and sciences; teach the principles of political and economic freedom; offer instruction in the continuities and controversies that have constituted the American experiment in self-government and the history of the West more generally; expose students to the wealth of diverse beliefs and practices around the world; and, from beginning to end, refine students’ ability to think for themselves and exchange opinions with courtesy and mutual respect. Seldom, however, do American colleges and universities deliver such an education.

Fewer and fewer faculty and administrators believe in liberal education as traditionally understood; of those who do, fewer and fewer are able or willing to defend it. The increasingly dominant view is that the goal of undergraduate liberal education is to create an inclusive and supportive sanctuary for students and to equip them to promote “social justice,” which is indistinguishable from the progressive political agenda. A number of Catholic universities have honorably resisted this baleful trend by maintaining a curriculum built around the study of Western civilization and the debates and dilemmas that constitute it—but the broader trends are unmistakable.

Although it often continues to bear the name liberal, contemporary undergraduate education adopts authoritarian means to accomplish its partisan goals. While watering down or altogether eliminating core requirements, universities and colleges suffuse their curricula with fashionable opinions about race, class, and gender. They stifle dissent by adopting speech codes that punish “offensive” speech, a category of expression that has no clear meaning other than deviation from the latest campus orthodoxy. They put students on trial for sexual assault—a grave crime that faculty and administrators have as little competence to investigate and adjudicate as they do grand theft and murder—and, keen on obtaining guilty verdicts, they jettison the presumption of innocence and the venerable procedural protections intended to give effect to that pillar of justice in a free society.

Just how long in the making has been the contemporary crisis of higher education is brought into focus by Friedrich Nietzsche’s “On the Future of our Educational Institutions,” a series of five public lectures delivered in 1872 by the 27-year-old University of Basel professor of philology. In their elegant introduction to Damion Searls’s felicitous new translation, editors Paul Reitter and Chad Wellmon contend that Nietzsche’s impassioned critique of what was in the nineteenth century widely considered the world’s finest system of higher education sheds light on the decline of what is generally thought to be the world’s finest system of higher education in the twenty-first.

Many will scoff at the editors’ contention. How could Nietzsche—a philosopher of the extremes who drew on religiously charged language to proclaim the death of God, who declared that morality is an expression of will while relentlessly subjecting human conduct to severe ethical standards, who excoriated the pretensions of philosophers to understand the world yet proudly proclaimed that his piety consisted in loving and seeking the truth—shed light on contemporary educational policy?

Surely Nietzsche’s almost 150-year-old dialogue between an ill-tempered old philosopher and a dispirited former student could be of no more than historical interest. And didn’t Nietzsche’s repudiation of rights, democracy, and the humanitarian impulse, along with his evocation of a new and better humanity emerging from a reborn German culture, inspire the Nazis? Didn’t Freud claim that Nietzsche’s subtle probings of the hidden sources of our emotions, opinions, and actions decisively influence him? And didn’t postmodernism embrace Nietzsche as a founding father because he sought to overthrow all authorities, particularly the authority of faith and reason? Can a European thinker from a distant era subject to such wildly varying enthusiasms really provide guidance in understanding the contemporary use and abuse of liberal education?

THE SHORT ANSWER is that Nietzsche’s daring philosophical explorations never fail to challenge and to illuminate. Education, moreover, was among his abiding concerns. The piercing reflections from early in his career on the condition of German education, echoed throughout his writings, are both timely and untimely, and relevant to the fate of our educational institutions on both counts. Nietzsche’s lectures are timely because the forces that he blames for destroying “true education” in late-nineteenth-century Germany have metastasized to American liberal education. And his lectures are untimely because their deeply aristocratic vision throws into sharp relief the respects in which liberal education is and is not a political enterprise.

Education, for Nietzsche, is the indispensable condition for human excellence, lofty culture, and the most elevated contributions to the political life of the nation. “True educational institutions”—Nietzsche focuses on the gymnasium and the university, the American equivalent of which comprises advanced high school education, undergraduate study, and graduate school—seek to emancipate students from inherited conceits and conventional beliefs, including the egalitarian conviction that all are equally suited to their arduous demands. The philosopher of his dialogue rejects as a worthy task of education “the ubiquitous encouragement of everyone’s so-called ‘individual personality’”; that he regards as “nothing but a mark of barbarity.” Rightly understood, education is an arduous discipline that aims “to inculcate serious and unrelenting critical habits and opinions.” It presupposes a nature that is both artistic and dedicated to systematic inquiry. It rigorously trains students to distinguish truth from falsity and nobility from the base. It demands mastery of one’s mother tongue and its literature as a prerequisite to opining in articles and books. It is directed toward study of “antiquity’s wisdom and nobility.” It culminates in the “cultivation of the chosen individual, equipped to produce great and lasting works.” The essence of “proper education” is “obedience and submission to the discipline of genius—and grown into a kind of moral requirement.”

Nietzsche’s old philosopher and his demoralized protégé lament the pernicious impact of “two dominant tendencies in our educational institutions, apparently opposed but equally ruinous in effect and eventually converging in their end results.” The democratic tendency dictates “the greatest possible expansion and dissemination of knowledge,” while the utilitarian tendency brings about “the narrowing and weakening of education” (emphasis in the original). Together they produce a universal education that abandons the quest for wisdom in favor of forming students who are incurious, well adjusted to the prevailing social norms, respectful of the party line, and devoted to making money.

Under the pressure of democratic mores and the free market, according to Nietzsche’s philosopher, scholars pursue ever more specialized study. The successful professor increasingly comes to resemble “a factory worker who spends his entire life doing nothing but making one single screw”: he not only fails to acquire an education in the best sense of the term but also, smugly comfortable in his arid expertise, loses sight of education’s true meaning. Presuming to “sit in judgment” on “every culture of every age,” contemporary scholars lack the learning and sublime sensibility necessary to apprehend, much less evaluate, great literary works and heroic deeds.

Those who champion true education will flee academia in disgust. Or the university world will expel them as heretics whose wild-eyed ideas will only endanger students’ intellectual repose and corrupt professional scholarship.

Nietzsche’s philosopher admonishes his protégé to stand strong amidst the rot. The goal is not to abolish collaboration between the state and education but to restore the proper relationship between them so that education yields a revitalized culture. The state should not supervise culture, becoming “the culture’s border patrol and regulator, its watchman and warden.” Rather, the state should serve as “the culture’s sturdy, muscular, battle-ready comrade and companion, escorting his admired, nobler, and so to speak transcendent friend through harsh reality and earning that friend’s gratitude in return.” This will enable the small number of men of surpassing insight and creativity—“the few, true philosophers”—to grasp the wisdom of the Greeks and, by refashioning contemporary tradition, religious beliefs, and law in the light of the classical achievement, renew the spirit of the nation.

Nietzsche’s illiberal conception of the purpose of education and of the alliance between state and universities to further its goals is bound to scandalize our democratic tastes and opinions. Yet even as Nietzsche’s true education deviates dramatically from liberal education, the critique of liberal democracy—Nietzsche’s thought provides an outstanding example of such criticism—constitutes an essential component of liberal education. Friends of freedom have much to learn from the moral and political importance Nietzsche attaches to education and from his bracing diagnosis of the diseases to which it is subject within liberal modernity.

The crisis of liberal education in America cannot be separated from the radicalization of the principles of freedom, democracy, and capitalism within the university world. Freedom fosters impatience with the past and disdain for authority. Democracy, by nurturing the dogma of the equality of all claims and perspectives, erodes the ability to distinguish and understand what is most important. Capitalism encourages disciplinary specialization and hyper-specialization, crude utilitarian calculation of benefit, and a narrow focus on the bottom line.

For the sake of the way of life based on individual liberty, equality under law, and free markets, liberal education must stand against the excesses to which liberal democracy and capitalism are prone. By exploring the past with a critical eye and a willingness to learn, by insisting on robust debate of competing ideas, and by teaching that the virtues of civility and the formal protections of due process are vital features of a community dedicated to the acquisition of knowledge and the cultivation of the mind, traditional liberal education encourages students to acquire the knowledge and moral and intellectual habits appropriate to citizens in free societies. Few students will achieve the highest aspirations of liberal education, but all levels of education should be infused with its spirit.

When it adamantly refuses to politicize the classroom and scholarship, liberal education fortifies liberal democracy.

Peter Berkowitz is the Tad and Dianne Taube Senior Fellow at the Hoover Institution, Stanford University. His writings are posted at www.PeterBerkowitz.com and he can be followed on Twitter @BerkowitzPeter.