Another GOP Attack on Health Care 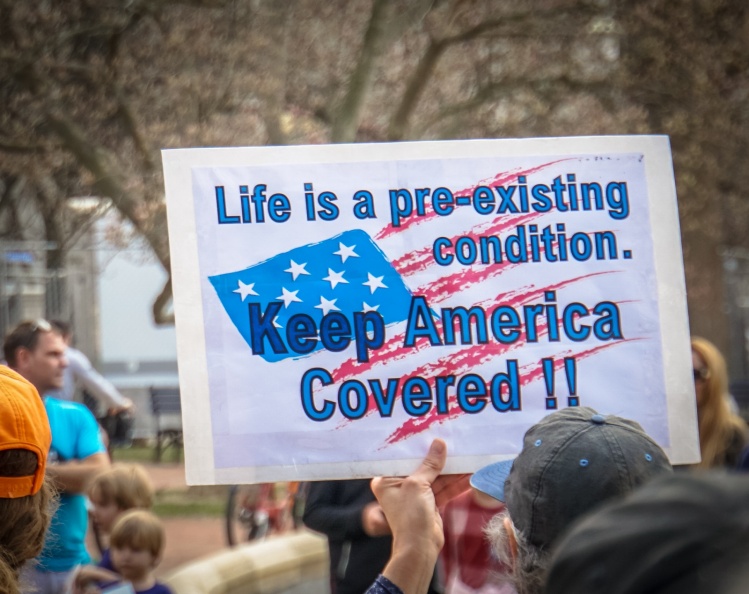 When President Obama conceived of the Affordable Care Act, he did everything he could to bring Republicans to his side. He created a system that was market-friendly and drew on ideas that members of the GOP had endorsed in the past.

His conciliatory efforts bought him nothing except a long delay in getting a bill through the Senate, a lag that nearly killed the entire enterprise.

You might think that Republicans would move on and accept Obamacare. After all, they failed to repeal it in President Trump’s first year in office and then lost the House of Representatives in an election in which voters named health care the number one issue—putting aside, of course, the importance of Trump himself. Those who listed health care backed Democrats overwhelmingly.

But, no, the notion that the evil federal government might succeed in helping Americans with modest incomes get health insurance is, in the eyes of the right, a calamity. If this plan continues to deliver, folks might begin to get the idea that the GOP’s anti-government propaganda campaign is nothing but a cover for policies that cut taxes on the rich and do as little as possible for Americans who lack money and influence.

So, having lost in a democratically elected branch of government and having been beaten in a democratic election, Republicans concluded: the heck with democracy! Let’s get some conservative judges to override Congress, ignore the popular will, and get rid of this thing through the back door.

The arrogance of conservative judges knows no bounds.
sharetweet

O’Connor’s reasoning was that Congress undercut the constitutionality of the law by eliminating a tax penalty on those who failed to buy health insurance. Chief Justice John Roberts hung his 2012 opinion validating the constitutionality of the ACA on Congress’s power to tax, so O’Connor’s pretext was that once the tax went, the whole structure collapsed.

Pause and marvel at the gall of conservative jurisprudence. Conservatives say they are strict constructionists and believe in reading statutes closely. But Congress didn’t ditch the ACA—it had affirmatively decided not to. It merely undid a small piece of the law. Too bad, said O’Connor. What Congress did or didn’t do makes no difference. And if abruptly throwing some 20 million people off their health plans isn’t the “judicial activism” conservatives regularly bemoan, what is?

The ACA’s penalty was aimed at enforcing a mandate that everyone buy health insurance, which, by the way, was originally a GOP idea. One of the most popular provisions of the ACA prohibits price discrimination against those with preexisting conditions. But to achieve this goal, the law imposes the mandate to spread the cost of coverage as widely as possible. The requirement’s purpose was to make sure that health insurance markets would not be destabilized if mostly the sick bought into the system.

On Tuesday, a three-judge federal panel heard the appeal of O’Connor’s decision and, once again, partisanship ruled on the bench. The two Republican appointees, Jennifer Walker Elrod and Kurt Engelhardt, expressed skepticism about the obvious: that if Congress had wanted to repeal the law, it would have. Engelhardt, a Trump appointee, disingenuously said that Congress could easily fix it. “They could do this tomorrow,” he said.

Right. Years of struggle to reform health care go down the drain. But, says Engelhardt, no problem. You can order up a new health care law the way you get a hamburger at a fast-food joint. The arrogance of conservative judges knows no bounds.

The third judge on the panel, Carolyn Dineen King, a Democratic appointee, was silent during the ninety-minute hearing. But if the two GOP judges act on the views they expressed, it’s hard to see the ACA emerging whole from the circuit court. And we have reason to shudder over what the Supreme Court might say.

For now, Democrats should shelve their arguments about “Medicare for All,” defend Obamacare, and cry from the heavens over the conservatives’ eagerness to rip health insurance from people who need it. But if the ACA does fall, Republicans will have sent a message: No matter how much Democrats compromise, the GOP will wreck their work. By fighting the most middle-of-the-road ways of getting people coverage, Republicans could thus pave the way to the “socialized medicine” they claim to hate.