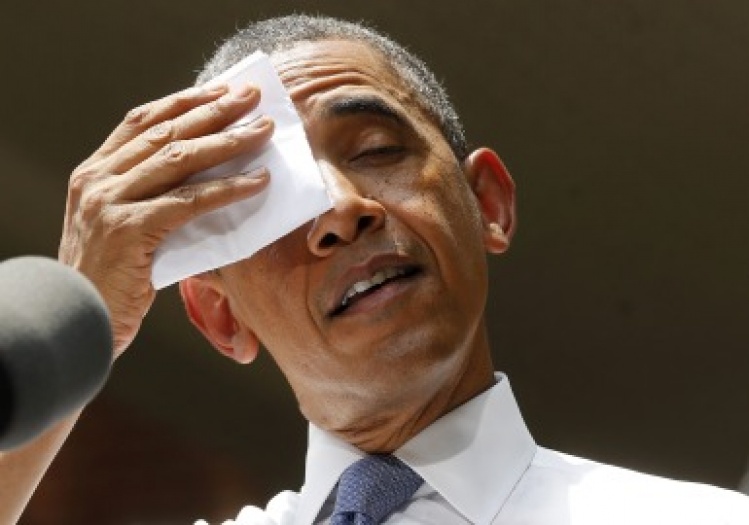 It was a bittersweet briefing that told us exactly where the Obama administration finds itself at the dawn of its sixth year.

When a group of senior officials gathered last week to tout President Obama's efforts to make college a realistic possibility for low-income students, they were genuinely enthusiastic about the agreements they had brokered with university presidents and foundations to tear down some of the barriers to poor and minority kids. They spoke of waiving the fees that keep those with few resources from applying to multiple schools, a choice that those in upper-middle-class families exercise freely. They described steps to close the huge gaps between the well-off and the needy in test preparation and college advising. They talked about how more students could cross the threshold of opportunity if they had more information about scholarship help and received regular reminders about deadlines through cellphone messages.

All were good ideas that even devout conservatives could praise. None required action by Congress. None involved spending new public money to reduce the inequities the briefers mourned with such passion.

"In a perfect world, we'd be investing hundreds of million more," one of the officials said. "That's not the hand we've been dealt."

On Jan. 20, 2009, the cards Obama was holding looked very different. "On this day," Obama declared in his inaugural address before a euphoric crowd of 1.8 million, "we come to proclaim an end to the petty grievances and false promises, the recriminations and worn-out dogmas that for far too long have strangled our politics."

Six years later, politics has strangled many of those hopes. For those who say there can be a separation between politics and policy, between aspiration and grubby reality, the results of the 2010 midterm election stand as a rebuke. Hope and change of the sort Obama had in mind suffered a hard blow when Republicans assumed control of the House of Representatives, enhanced their blocking power in the Senate and won themselves the ability to draw generally friendly legislative boundaries.

It's true that the last several weeks have allowed Obama to stage something of a comeback from the low point he reached after the collapse of the website that was supposed to ease the way to health insurance coverage for millions of Americans.

Obamacare is now working more smoothly than those who wrongly predicted its inevitable demise thought possible. Some Republicans are even proposing fixing the law rather than killing it.

In the absence of health care horror stories, the president has been able to put some of his own concerns back on the public agenda with his moving news conference last Thursday on those college access plans and his unveiling of modest initiatives on behalf of manufacturing. Republicans seem to have pulled away from strategies that produced chaos in the budgeting process, and Congress even passed a normal spending bill. On Friday, the president announced reforms of how the National Security Agency collects and uses telephone records.

And the nation's political conversation has been shifting toward issues Obama has always wanted to highlight. Even conservatives are now acknowledging declining social mobility, rising inequality and the persistence of poverty. And, yes, immigration reform is still a possibility.

But the prime mover behind the NSA changes was not the president but Edward Snowden, whose leaks unleashed a public demand for reform. As for the budget, it may be "normal," but it still leaves little room for the steps Obama knows the country needs to take to be more productive and more just.

And so Obama once again has to make the argument he thought he won not only in 2008 but also in 2012. Politics is very much back in the saddle -- and in truth, it never left. The outcome of this November's elections will have a lot to do with whether he gets one more chance at redeeming the promissory note he issued on that January day in 2009.

If the sole criterion for judging the last five years is whether the country is better off than it was when Obama first raised his hand, the answer is clearly yes. The economy and the health system are on stronger ground. But Obama lifted hopes about politics that transcend this most basic test of his stewardship. He underestimated the ferociousness of the opposition he would face and the importance of constantly cultivating allies. He's now obligated to harness his new realism to a final try at fulfilling his larger pledge.