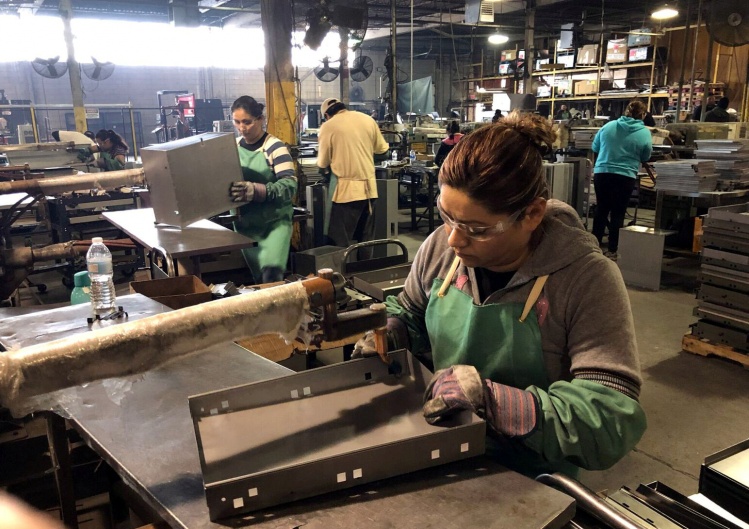 It is a truism that the United States, among all the advanced countries, has the most radically skewed income distribution. In the sixteen years from 2000 through 2015, including the years of the Great Recession, the pretax income of the top 1 percent of earners was on average more than one-fifth of all personal income. To put that in perspective, the only other time the rich extracted that much wealth was in 1928, just before the onset of the Great Depression. New Deal social reforms and postwar marvels like the GI Bill effectively evened out income distribution, so that even the richest Americans had to content themselves with income shares that regularly hovered around the 10 percent mark.

That regime ended with the wholesale financial deregulation that was engineered by President Bill Clinton and his Treasury Secretary, Robert Rubin, and enthusiastically adopted by President George W. Bush and Federal Reserve Chair Alan Greenspan. Predictably, a runaway financial sector precipitated a crisis second only to that of the 1930s. But unlike the Depression, the 2000s debacle was not followed by reform. The plutocratic wing of Congress has built formidable barriers to cultivate and protect its wealth. Virtually all the Trump economic initiatives—from his reckless tax cuts to the assault on the federal regulatory apparatus—are looting operations.

It is feckless to hope for an easy delivery from the plunderers, for their power is rooted in decades of gritty and remarkably effective organizing—gerrymanding state legislatures, packing the judiciary, and swinging billionaire-funded PAC money between critical regions to turn elections. That is the kind of battle that must be fought over a broad front—and one of the salients will be data. Although we have good annual data sets based on tax returns, until now there have been no decent statistics on the ebb and flow of individual workers’ incomes over their lifetimes. But a recent paper, working mostly with social-security data, sheds considerable light on dark corners.

Hiring is up, but downsizing and outsourcing are still the order of the day. Businessmen are braying about their successes, but they are not sharing the fruits of those successes with their workers.
sharetweet

Working with a 1-percent sample of the American workforce (a millions-plus database), the authors created twenty-seven cohorts of workers and tracked their lifetime incomes—defining “lifetime” as the working years from age twenty-five through age fifty-five. The first cohort comprised workers who turned twenty-five in 1957, and the last cohort turned twenty-five in 1983, with each of the cohorts yielding thirty-one years of data. Inflation adjustments were made with both the Personal Consumption Expenditure deflator (PCE) and the Consumer Price Index (CPI). I use the PCE here in the interest of space, and because for most purposes the PCE better reflects the whole economy. The authors focus on the income gains, or lack of them, for each of the cohorts, breaking out the different experiences of male and female workers. Male workers entering the workforce in 1957 were a particularly favored group. In their first ten years in the workforce, the mean (or arithmetic average) showed a 22-percent cumulative income gain, while the median worker (or the worker in the exact middle of the distribution) showed a 12-percent gain.

Then something happened. Inflation-adjusted male income dropped sharply. The cumulative median worker’s post-1967 income fell by 10 percent. Only men at around the eightieth percentile stayed even. Over the entire work life of the 1957–1983 male database, the only cohorts showing a meaningful real increase in income were the cohorts who began their careers between 1957 and 1967. Including that cohort produces a real increase in lifetime income of less than 1 percent, almost all of which went to the top 1 percent of earners.

The picture is quite different for women workers. In contrast to male workers, women workers improved their incomes by about 2 percent a year, year after year, in all cohorts. Remarkably, the lowest-paid and the highest-paid women improved their incomes at about the same rate. That good news is considerably dampened, however, by the inadequacy of women’s pay: inflation-adjusted women’s pay has risen from $14,100 for the 1957 cohort to $22,300 for the 1983 cohort. Highly qualified women have done particularly well, tripling their median pay, but women’s pay still has a long way to go.

Men’s pay, except for those at the very top (and despite low unemployment), is still essentially stagnant. There is a lot of history wrapped up in that statement: the massive influx of boomer job seekers in the 1960s; the runaway inflation of the 1970s; the assault by high-performance German and Japanese manufacturers in the 1980s; and, during the Great Recession, the wholesale financialization of big industry, stripping out workers and sucking out cash.

American executives appear to be following the latter strategy à outrance. Hiring is up, but downsizing and outsourcing are still the order of the day. Businessmen are braying about their successes, but they are not sharing the fruits of those successes with their workers. The boffo profits over the past few years have been dedicated to automation, with most of the rest going to shareholder dividends, stock buybacks, and executive compensation—feeding the insatiable greed of the 1 percent.