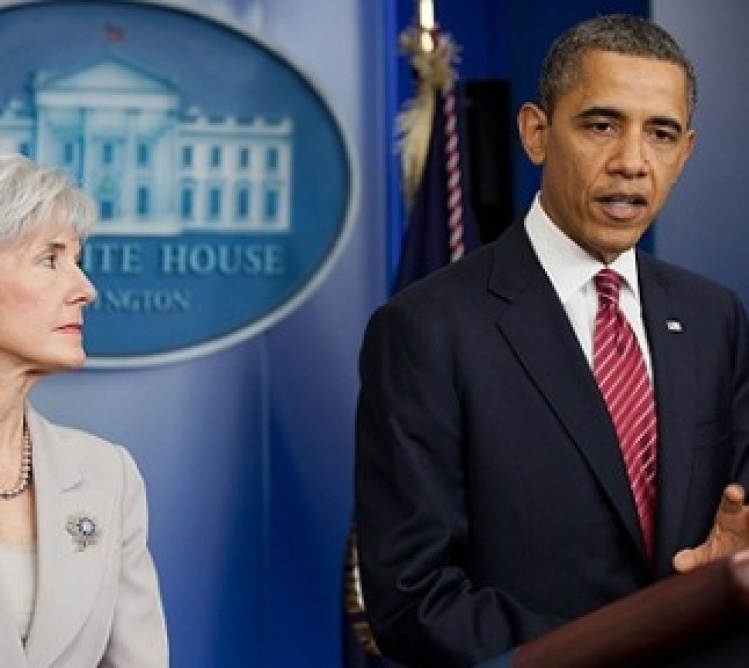 On February 1, the Department of Health and Human Services released a “Notice of Proposed Rulemaking” that included two important changes to its controversial requirement that most health-insurance plans cover contraceptives at no cost to women. Together, these two changes should put to rest the claim that the HHS mandate wantonly violates religious liberty. Questions may remain about the wisdom of the mandate as a matter of public policy, but its critics should at least stop claiming that it’s motivated by hostility to the Catholic Church.

The first change in the new HHS proposal simplifies the conditions for an exemption from the mandate. Previously, an employer had to meet several ill-formulated criteria: the employer’s purpose had to be “the inculcation of religious values,” and most of those it served or employed had to “share its religious tenets.” Many critics complained that these criteria might be understood to exclude churches that ran soup kitchens or homeless shelters—or helped anyone in need without regard to his or her confessional status. With its new proposal, the HHS has adopted the Internal Revenue Code’s much simpler definition of a “religious employer,” the one that determines which employers have to pay taxes. It is unlikely that the original HHS criteria would ever have been interpreted to the disadvantage of any real house of worship, but there was no reason to leave any doubt—or to introduce a doubtful understanding of religion in a set of insurance regulations. As HHS Secretary Kathleen Sebelius acknowledged, the old rules “caused more anxiety and conflict than was appropriate.”

The second change announced by HHS is more substantial. It provides a comprehensive explanation of how employees and students of nonprofit religious institutions that don’t qualify for the exemption will be able to get coverage for contraceptives without the institutions themselves having “to contract, arrange, pay, or refer for” services to which they object. Such institutions will simply notify their provider that, for religious reasons, they decline to pay for an insurance product that covers contraceptives. The provider will then be required to offer a free stand-alone policy for contraceptives to employees or students of the institution. The provider will bear the up-front costs of the extra coverage, but in the long run such coverage turns out to be “cost neutral,” since paying more for contraceptive services now means not having to pay for as many births later.

When this work-around was first proposed last year, it remained unclear how the accommodation would affect nonprofit religious institutions that insure themselves instead of buying a group plan from an insurance company. According to the new proposal, the companies that administer the health plans of these self-insured institutions will be required to arrange for a third-party provider to offer—and pay for—a separate policy covering only contraceptives. Since the issuer of such a policy won’t enjoy any long-term savings because of it, the federal government will offset the issuer’s costs by reducing its fee for selling insurance in the new online exchanges. The accommodation still doesn’t extend to private business owners who object to paying for what they regard as an immoral product. As Eduardo Peñalver has pointed out at dotCommonweal, nothing would have prevented the HHS from asking insurers to do for any employer what they will now be asked to do only for nonprofit religious organizations. Indeed, it might have been simpler and more prudent to avoid the whole controversy by making this a mandate not for employers to pay for coverage of contraceptives, but for insurance providers to offer it separately—and at no expense—to any policyholder who doesn’t already have it, especially since this coverage is good for their bottom line.

Of course, most other services do cost insurers money. The government could not so easily accommodate every employer who had a moral objection to something on the government’s list of things all health insurance should include. If a Scientologist, say, didn’t want to pay for his employees’ psychotropic medication, the government could not fairly ask that his insurance company eat the cost. In other words, the Obama administration’s shrewd accommodation of Catholic nonprofit organizations doesn’t provide a generalizable solution. It is a one-off fix, made possible by the particular economics of reproductive health care. It has no bearing on the constitutional principle, affirmed by the most conservative members of the current Supreme Court, that religious believers are not exempt from laws of general applicability. The claims of conscience must never be ignored, but they do not necessarily entitle one to relief from any practical difficulty that arises from disagreeing with most of one’s fellow citizens about a duly enacted law.