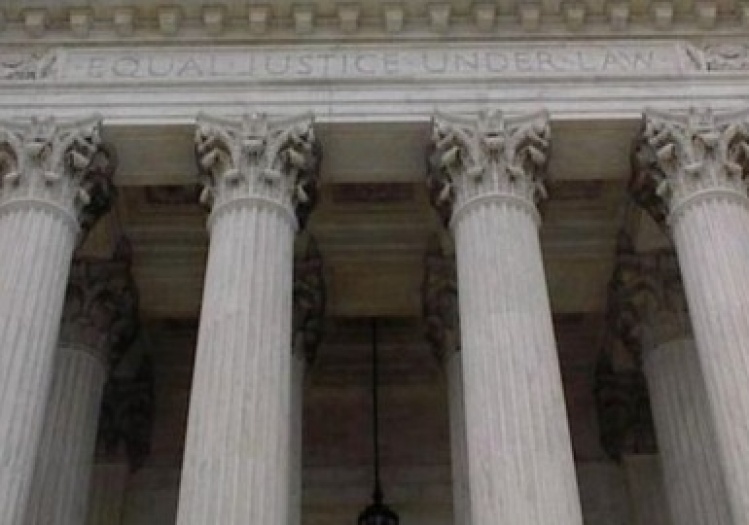 Is the Supreme Court’s view of the Defense of Marriage Act more powerful than Congress’s? Is its judgment about California’s Proposition 8 mightier than that of the people of California? When does the Court have the power to decide, and why?

In popular accounts of United States v. Windsor and Hollingsworth v. Perry, questions of this sort have generally been muscled out by attention to the Justices’ political and moral beliefs about same-sex marriage. There was a vague awareness that something technical called “standing” might impede the Justices from doing justice. But it was widely assumed that the Supreme Court ought to decide whether same-sex couples have a right to marry—that it was politically and constitutionally legitimate for it to decide in a way that bound the whole country. To the extent that it was considered at all, standing was generally felt to be an obstacle on the road to doing justice.

The pedantic view of standing is that it is merely a permission slip to get through the courthouse door: to get its case heard, a party must allege a concrete injury that is both traceable to the defendant’s conduct and redressable by a court. Both of the same-sex marriage cases involved complex questions of standing. By the time the DOMA case reached the Supreme Court, Edith Windsor had already won her case in a lower court, whose decision the United States, the other party in the case, did not challenge. (President Obama had by then instructed the Justice Department to stop defending DOMA.) Is it proper for a higher court to intervene when there is no adversity between the parties and no injury to redress? A group representing some members of the House of Representatives sought appellate standing in the Court, and this too presented difficult questions about the power of Congress—in this case, members of one of its houses—to compel another branch of government to perform its constitutional obligations. In the Proposition 8 case, one of the parties was asking the Supreme Court to reverse the decision of the lower courts. But because California’s executive officials refused to defend Proposition 8 in court, the private citizens responsible for proposing Proposition 8 sought standing to defend it on behalf of the state—that is, on behalf of the popular majority that enacted Proposition 8. In the end, the Court came to the perplexing and counterintuitive conclusion that there was standing in the case with no legal adversity, and no standing in the case with legal adversity.

Stated in these dry terms, standing does seem fussy and irrelevant by comparison with the issue of the constitutionality of same-sex marriage. Standing is about getting the case heard, but it isn’t really about the case, and hardly about anything as lofty as justice or civil rights. Yet standing seems tedious only because it is frequently detached from concepts intimately connected with justice—indeed, with nothing less than “justiciability,” the fitness or propriety of judicial decision. Not every constitutional disagreement takes the right form for decision by a federal court; indeed, many questions of federal law never become justiciable at all. The “judicial power” under Article III of the Constitution extends to a limited number of “cases” or “controversies,” but in order for even these to be justiciable, they must take the right shape for judicial decision. Standing is one—but only one—set of doctrines that gives a case its justiciable shape.

At its core, justiciability concerns the nature and duty of the judicial office. It poses a vital question of justice that precedes any substantive issue of civil rights. It asks, What are judges for? One of the most frequently intoned lines from any Supreme Court decision is that “it is emphatically the province and duty of the Judicial Department to say what the law is.” But this line is misleading if read in a vacuum. It is emphatically not the province of judges to opine about the law in the abstract. It is not their province to state their views about the law whenever somebody gets it into his head to ask. That is not what judges are for. Judges—in our constitutional system and in many others—decide specific cases where the parties have a concrete stake in the outcome. As Chief Justice John Marshall went on to explain in Marbury v. Madison (1803), it only becomes the province and duty of judges to “say what the law is” when they are applying a “rule to particular cases” because they are then obliged “of necessity, [to] expound and interpret” the law. It is necessary to resolve the legal question only because it is necessary to resolve the case, not the other way round. “Rights,” Tocqueville observed, “must be contested in order to warrant the interference of a tribunal; and an action must be brought to obtain the decision of a judge.”

Chief Justice Roberts has been as mindful of the importance of justiciability as any current member of the Supreme Court. As a lawyer, he represented the government before the Supreme Court in a significant case about standing—Lujan v. National Wildlife Federation (1989)—in which the Court concluded that a group of wildlife-conservation activists who objected to certain land-use provisions made by the federal Bureau of Land Management had not alleged a sufficiently concrete injury to render their complaint justiciable. And as chief justice, he has usefully connected standing concerns to the overarching question of the limits of judicial power. Writing for the Court in DaimlerChrysler Corp. v. Cuno (2006), a suit brought by Ohio taxpayers who objected to tax breaks that were given to a private corporation, the chief quoted John Marshall on the danger of expanding the meaning of a “case” so as to increase the Court’s power to expound the law. Marshall wrote that “case” was a term of “limited signification”:

If the judicial power extended to every question under the Constitution it would involve almost every subject proper for legislative discussion and decision; if to every question under the laws and treaties of the United States it would involve almost every subject on which the executive could act. The division of power [among the branches of government] could exist no longer, and the other departments would be swallowed up by the judiciary.

Yet the question of relevance persists: Even if lawyers and judges pay attention to standing, why should the public care about it, particularly when matters of equality, freedom, and civil rights are jostling for the limelight?

First, because less is more. The Supreme Court wields its power within the constitutional structure only as long as it also retains a firm sense of the limits of that power. When it exceeds those limits, it disrupts the constitutional order and threatens its own authority. As always, Tocqueville saw this clearly:

The political power which the Americans have intrusted to their courts of justice is therefore immense, but the evils of this power are considerably diminished by the obligation which has been imposed of attacking the laws through the courts of justice alone. If the judge had been empowered to contest the laws on the ground of theoretical generalities, if he had been enabled to open an attack or to pass a censure on the legislator, he would have played a prominent part in the political sphere; and as the champion or the antagonist of a party, he would have arrayed the hostile passions of the nation in the conflict.

Or, as Justice Antonin Scalia put it in his dissent in the DOMA case, a free-floating power to say what the law is would be “an assertion of judicial supremacy over the people’s representatives in Congress and the executive”—an unsustainable exercise of judicial force that risks destroying the constitutional separation of powers.

Second, it is we who have the primary duty to make the law. We are given that duty by the federal and state constitutions, each of which provides representative mechanisms for us to discharge our duty. But the duty remains ours, not the Supreme Court’s. Constitutions are collections of entrenched choices made by the people to obligate not only their representatives and officials, but also themselves. Justice Kennedy’s dissent in the Proposition 8 case likewise notes that California’s popular initiative system represents a choice by the people of the state about where to vest law-making authority. A people that has no time for justiciability is more likely to cede its law-making powers and duties. Eventually, it will not even remember what power it has surrendered. It will then have the judges it deserves.

There have been and there will continue to be disagreements about the merits of same-sex marriage. But disagreements about justiciability are legally prior to the question of civil rights. It would be welcome if they received comparable public attention, debate, and deliberation.