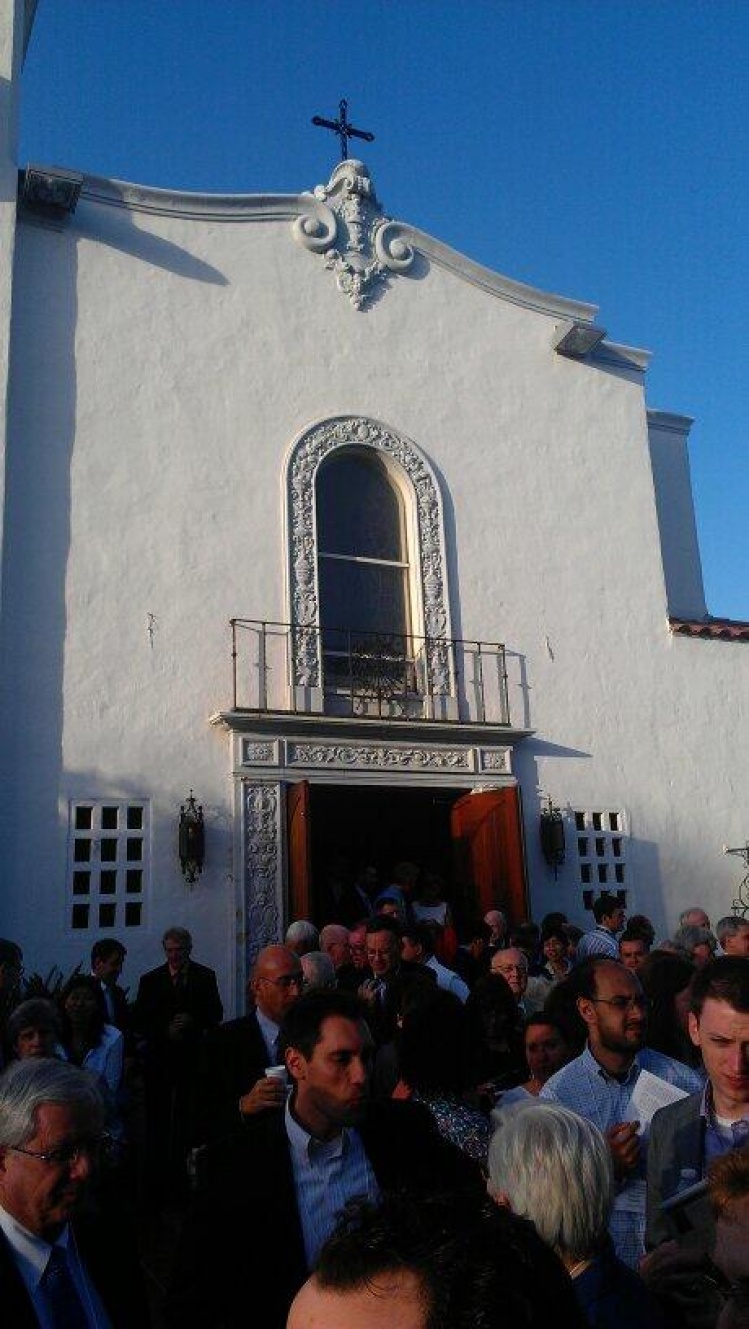 Are conservatives underrepresented in the theology and religion departments of our nation’s colleges and universities?

This was one of the questions discussed at the 2014 annual meeting of the Catholic Theological Society of America and already here on this blog. It’s a question I’ve been pondering for some time, and I wrote about it once in these pages.

The basic answer is Yes. When compared to the overall percentage of conservatives in religious communities or society at large, conservatives are underrepresented in academic theology.

However, when compared to conservatism as represented in other academic fields, theology is not very different.

That’s why I think the more interesting question concerns academia on the whole, of which theology is just one field that fits the trend reasonably well. The results of the limited sociological studies on this issue, notably that of Matthew Woessner and April Kelly-Woessner (good summary here) and, more recently, that of Neil Gross, show that self-selection is the primary reason the professoriate leans liberal. There are few conservative professors because, under the current conditions, few conservatives want to become professors.

This is not to dismiss the many poignant anecdotes from conservatives who have experienced real, overt, and consequential discrimination against their research, conclusions, syllabi, religious beliefs or practices, etc. After my article three years ago, I heard plenty of them. Anecdotes of discrimination can certainly create a chilling effect that might freeze out potential conservatives, but I (following the sociologists) don’t think these come close to accounting for the magnitude of this trend.

On this issue, I don’t think that academic theology can be set apart from the analysis of the professoriate in general. One’s place of employment and its metrics for success, promotion, and tenure have a significant, even determinative influence on how one’s career proceeds. And throughout academia there are multiple intertwining characteristics that cause conservatives to be drawn away from the professoriate and toward other career paths.

In my previous piece, I emphasized the role of temperament:

Four conservative traits in particular would, I think, severely discourage a person from pursuing an academic career—independent of any external discrimination. If you are a young man or woman who (1) values the maintenance and passing on of intellectual tradition, (2) plans to marry and have children, (3) wants as much individual freedom as possible, and (4) avoids irrationally risky behavior, then you’re not likely to undertake a PhD and even less likely to finish one. At some point during or after college, you will decide against this career path. If you possess only one or two of these traits, you might still make it work—I myself have two of them. But if you have three or all four of them, you will almost certainly choose to do something else for a living.

After considering criticisms of my argument, I agree that number (3) was too loosely described to be very useful.  But I stand by the others. Number (2) absolutely holds true across the academy and, in truth, many other professions with high percentages of liberals. Conservatives tend to seek higher, more secure salaries, and liberals are more comfortable with lower earnings. (I assume this has to do primarily with aspirations for child-rearing and the possibility of a sole breadwinner, although other cultural factors are at work too.) Revisiting my argument with regard to theology specifically, I would probably strengthen my remarks about (1) and (4).

For better or worse, I do not think most academic theologians in current conditions regard their primary job to be the reception of doctrine as a “deposit” or “gift” and the transmission of it to the next generation. At a research university especially, transmitting received knowledge may be a function of introductory classes, but the rest of one’s job description (upper-level classes; graduate education; publishing) lies elsewhere. That is to say, academic theology shares a similar model for research as the rest of the university: one must consistently produce new knowledge about the world; the process of double-blind peer review is the gold standard; notions of scientific repeatability in analysis are also applied to the “data” of theology and religion. Theology as done in the university is usually investigative, exploratory, and boundary-pushing. If a pre-tenure professor does not have those qualities to some significant degree, the chances of tenure and promotion are low. One might criticize here that I’m describing the modus operandi only of the “R1” universities, but those departments are the primary source of the Ph.D.’s who populate smaller colleges and thus spread the research culture.

In the wake of my previous article, I was accused of “armchair psychoanalysis,” which was descriptively true. (I was in an armchair while writing it.) But I wasn’t just making stuff up, having incorporated and cited the sociologists who had gathered data on the matter. Since then, I have actually increased my regard for the explanatory power of sociology and psychology on these topics. As Neil Gross argued, for several historical reasons, conservatives in the 20th century dramatically stopped wanting to pursue graduate school and academic careers. A large part of it is social “typing,” such as happens in other career paths.

Other research has shown that what we commonly think of as religious or political polarities are more often manifestations of deeper, psychological root causes. Jonathan Haidt’s Moral Foundations Theory, for instance, is the most influential version of this. While the moral intuitions of liberals almost exclusively rely on Care and Fairness, the spectrum of conservatives’ moral intuitions is more complex. Conservatives do regard Care and Fairness in moral, political, and religious reasoning, but they also give great credence to Authority, Loyalty, and Sanctity/Purity. Conservatives are, in this sense, much more complex (flipping the script on the stereotype of simplistic conservatives and sophisticated liberals). Are these moral foundations at the heart of polarization in academic theology too?

In fact, Moral Foundations Theory explains well some aspects of the keynote address at the recent convention, the one which sparked contentious discussion. As I listened to Paul Griffiths, chaired professor of Catholic theology at Duke Divinity School, offer his take on what theology is, is not, and is for, I kept noting how well it fit into Haidt’s categories. While I must rely only on my notes here until the text is published, I can say that Griffiths repeatedly relied on Authority and Purity as central metrics by which theology is to be judged. “To be a theologian is to be under authority.” Theological speculation is “a pure activity of the intellect.” Metaphors about boundaries were also frequent, and many sections of the talk seemed directly reliant on Cardinal Wuerl’s description of bishops as “umpires” who judge the means by which theologians play the language “game” of theology—always under authority, always to stay within the rules, and proceeding under the assumption that the rules never change and the authorities are always right. “The lifeblood of Catholic theology” is thus “agonistic” engagement, in order to discover “right from wrong.”

No one would deny that the activities so described are part of academic theology. But neither do they exhaust theology. On the other hand, in one of the only moments when Griffiths described what he thinks is not theology, the not-theological things fell under the moral foundations of Care or Fairness. “Social justice, world peace, and the preservation of creation” are not under the purview of theology, by his definitions.

In conclusion, the convention reinvigorated some questions for me, questions which I am now trying to consider in connection to my increased personal understanding of how the contemporary research university functions and also how psychological profiles relate to these issues.

Which conservatives, then, are likely to find a calling to the academy, as it is currently organized? I would say those who are substantively conservative (e.g., have conservative topics of inquiry, scholarly conclusions, or policy prescriptions for society) can in most cases find a successful and happy spot in the academy, as Matthew Woessner's research has found. But that substantive conservatism will probably need to be combined with a liberal temperament that continually seeks newness and a research procedure that challenges at least some authoritative traditions in ways that secular peers recognize. It also helps to have a strong financial foundation for the purposes of child care, either from inherited wealth or a high-earning spouse or partner.

One last caveat: I’m not saying that what is the case about academic theology in its current context should be the case, but rather honestly trying to describe what I see and what the limited sociological data shows. All lines of work ought to seek diverse viewpoints and temperaments, and academia could certainly stand to diversify. That being said, relatively high degrees of social typing and reproduction exist in many other fields: trial lawyers, bartenders, elementary educators, artists, and social workers lean liberal; engineers, law enforcement, dentists, building managers, and military officers lean conservative. Since people tend to sort themselves, on the whole, into like-minded groups, there may not be very much we can do about it.