Why the Hyde Amendment Matters 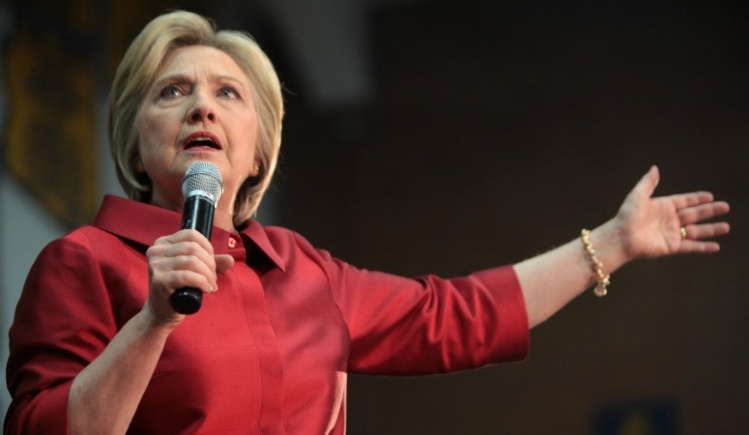 The 2016 presidential contest has offered an exceptionally vivid contrast in style and substance between the two major party nominees. Since he made his way down the escalator at Trump Towers last June to announce his candidacy, Donald Trump has displayed nearly unprecedented vulgarity, anger, and hate. His policy proposals, such as they are, mix incendiary ideas about the construction of a border wall and conducting “extreme vetting” of Muslim refugees with standard Republican schemes to lower tax rates for the wealthiest Americans.

Facing such an opponent, Hillary Clinton has run a steady, disciplined, and substantive campaign, even as she remains dogged by questions about her Wall Street speaking fees and her decision to use a private email server as secretary of state. Though pulled left on a number of issues by her primary opponent, Bernie Sanders, Clinton has also welcomed the support of prominent Republicans who refuse to vote for Trump. By choosing Sen. Tim Kaine—a Roman Catholic from the key swing state of Virginia—as her running mate, she underscored her claims to competence, experience, and moderation with hopes of appealing to undecided voters willing to join the anti-Trump coalition.

But Clinton has tellingly abandoned moderation on one very important issue. She has embraced the Democratic Party platform’s demand for the repeal of the Hyde Amendment, which prohibits the federal government from funding abortions, except in cases of rape, incest, or threats to the mother’s life. For a candidate known for caution and calculation, this is a rare step outside the political center, and an especially unwise one.

Given her own claims about the dangers posed by Trump, it is unclear why Clinton would give prolife Democrats and persuadable Republicans a reason to reject her candidacy. Since first passed in 1976 in the wake of Roe v. Wade, the Hyde Amendment—which has to be renewed every year—has proved one of the more durable compromises in American political life. That such a compromise could be reached and sustained on the fraught issue of abortion makes Clinton’s rejection of it all the more disheartening. So much of the debate surrounding abortion is about when and how or even if to draw lines; the line drawn to keep elective abortions from being funded by taxpayers, however, is one of the few that both prolife and prochoice Americans can support. And for good reason: it is a straightforward way of acknowledging and respecting the deepest moral commitments of those citizens who are certain that abortion is the taking of human life.

The most alarming feature of the Democratic Party’s new position on the Hyde Amendment is the way it mainstreams abortion as just another medical procedure. The section of the party platform that calls for the repeal of the amendment is squeezed in between a discussion of how best to support those living with autism and the crisis our country faces in providing long-term care for our seniors. That is, abortion is discussed not in the context of women’s rights or Supreme Court appointments, but in the context of  “ensuring the health and safety of all Americans.” The platform affirms that every woman should have access to “quality reproductive health care services” and that the Democratic Party is committed to overturning “federal and state laws and policies that impede a woman’s access to abortion.” In other words, no limits or even debate seem to be countenanced when it comes to an issue that raises the deepest questions about when human life begins and what responsibilities we have to protect it.

The Hyde Amendment makes it clear that, in fact, abortion is not simply a routine medical procedure. The debate over abortion is inescapably a moral one. The stakes are incredibly high, forcing us to grapple with what it really means to care for the most vulnerable among us. U.S. abortion law is unique in not imposing any meaningful restrictions on access to the procedure. Most European countries, for example, make it more difficult to obtain an abortion after the twelfth week of pregnancy. There are limits to what the law can prohibit, but the law also has a pedagogic function. Regulating access to abortion and making sure taxpayers do not pay for elective abortions is an important way to remind citizens of the gravity of the choice to terminate a pregnancy. The debate about abortion must not be stifled.

Letters | The bishops and sex abuse, Catholics on the margins & more