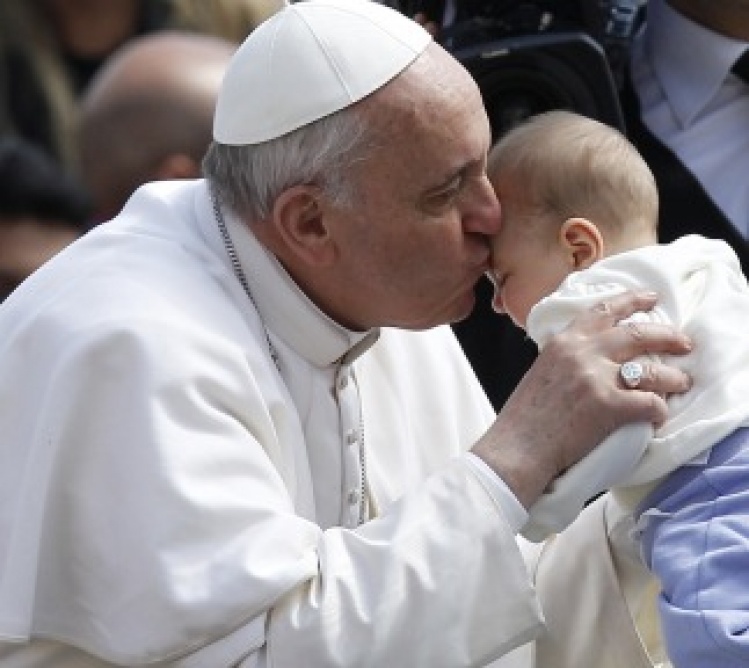 Of the many virtues associated with St. Francis of Assisi, humility was the first to occur to me as Cardinal Jorge Mario Bergoglio stood before the multitude for the first time as Pope Francis. Popes are expected to be larger-than-life figures, but the new pope had chosen the name of a man who always diminished himself. That’s one reason that, nearly eight hundred years after his death, the saint still looms so large as a model of the Christian faith.

Perhaps the reason no pope had decided sooner to take the name of the great saint from Assisi is that he humbly avoided all church honors and instructed his friars to do the same. It’s one of the points Francis emphasized in his dying days in a document called his Testament. “I strictly forbid the friars, wherever they may be, to petition the Roman Curia, either personally or through an intermediary,” he wrote, insisting that his order not become entangled in the messy politics of the church. In the same document, St. Francis also described the turning point in his life, which came when he worked up the courage to embrace and kiss a leper, completing his conversion from spoiled rich kid to herald of penance and peace. “What had seemed bitter to me was turned into sweetness of body and soul,” he wrote.

Pope Francis’s choice of title and his actions in his first days as pope indicate that he places humility and compassion for the marginalized at the heart of his ministry—“servant leadership,” in today’s church parlance. Francis of Assisi “gives us this spirit of peace, the poor man who wanted a poor church,” the pope told an audience of journalists. “How I would love a church that is poor and for the poor.”

No one could administer the church in the way St. Francis tried to lead his movement, forbidding friars to touch money and barring any ownership of property, even by the order. But the choice of Francis’s name sets a tone for reform of the church, based on the famous story of the cross of San Damiano and the call from Jesus to “repair my church.” Pope Benedict XVI picked up on this theme in an audience on January 27, 2010. “At that time the church had a superficial faith which did not shape or transform life, a scarcely zealous clergy, and a chilling of love,” he said. “It was an interior destruction of the church.”

The contrast between Franciscan holiness and the decadence of the papal court was noted as early as 1216 by Jacques de Vitry, bishop of Acre and a future cardinal. Arriving in the papal court just after Pope Innocent III died, he wrote a letter expressing disgust that thieves had stripped away the expensive vestments the pope was to be buried in and left his corpse unclothed. The curia was awash in worldly intrigues, the bishop complained, adding that hardly anyone there was concerned with spiritual matters. In contrast, he found hope in the “Lesser Brothers” and “Lesser Sisters,” whom he described as “secular people of both sexes” who “left all things for Christ,” evangelized vigorously, and lived in the way of the primitive church.

There is ample evidence that St. Francis hoped his example of poverty, penance, and peacemaking would help purify a church that suffered from greed, pride, and a penchant for warfare. He avoided speaking out against church authorities or miscreant clergymen, and instead made his point through example: the extremes of his poverty and penance, his shocking acts of compassion for all creatures, his constant efforts at peacemaking. Pope Francis also seems to be speaking to church leaders through example—taking the bus instead of a Mercedes, for starters.

It should be said that St. Francis’s ministry was carried out within a framework of obedience to church authorities, a point he himself stressed. Benedict made the same point. He said it was St. Francis, not the very powerful Pope Innocent, who was called by God to save the church. “On the other hand, however, it is important to note that St. Francis does not renew the church without or in opposition to the pope, but only in communion with him,” he said. “The two realities go together.” I suspect that Pope Francis would agree. 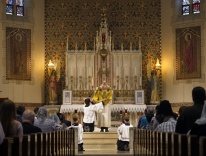