When Pragmatism is Principle 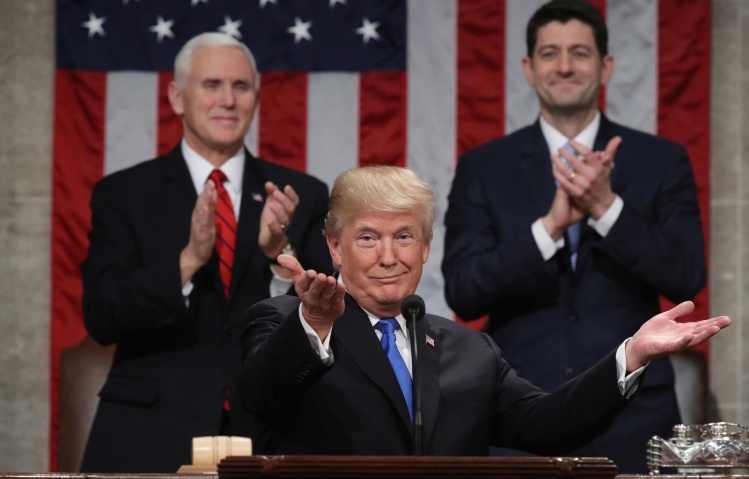 Former Rep. Barney Frank and the writer William F. Buckley Jr. could hardly have been more at odds in their political views.

The Massachusetts Democrat remains a staunch liberal while Buckley was the intellectual founder of modern conservatism. But they had something important in common: Each wanted his side to win elections and could be thoroughly pragmatic about doing what victory required.

Frank said his “strategic approach” was “to always support the most electable liberal candidates, with an edge in close cases going to electability.”

From the other philosophical shore, Buckley said almost exactly the same: “I’d be for the most right, viable candidate who could win.”

What we’ll call the Frank-Buckley rule is a live issue as Democrats confront potentially divisive primary fights in House and Senate races. The debate over what price is worth paying to prevail in November was sharpened by Conor Lamb’s apparent triumph in a Pennsylvania congressional district that voted overwhelmingly for Donald Trump in 2016.

Contrary to Republican spin, Lamb is no conservative. He is a pro-labor Democrat who opposed the GOP tax cut, the repeal of Obamacare and reductions to Medicare and Social Security. He also denounced the role of big money in politics.

But he is no left-winger. He defended fracking, had doubts about the fifteen dollar minimum wage, criticized House Democratic leader Nancy Pelosi, and cast himself as a unifier decrying the failure of both parties to work together.

As the political analyst Amy Walter shrewdly pointed out, Lamb appealed simultaneously to Trump voters who still want to drain Washington’s swamp and to the president’s most ardent foes by running as an outsider and a “change candidate.”

Two things are striking: In the end, Lamb won the backing of all wings of his party; and he was picked by a party committee, not in a primary. The question is whether primaries will allow Lamb-like nominees to emerge in districts where profiles such as his offer Democrats their best chance of snatching seats.

At the outset, let’s admit that voters are not pundits, and that pundits themselves are often lousy at predicting election outcomes. Many Republicans saw Trump as a sure loser in 2016. They (along with lots of other people, including professional prognosticators) were wrong.

Internal party fights also mean less in very safe states or districts. Where one party is almost certain to prevail, primary voters don’t have to worry about the consequences of going with their hearts and their philosophies.

And there have been moments in history when primary voters had good reason to decide that taking a stand and making a point took precedence over winning an election.

In 2018, one priority truly outranks all others: Will Democrats take hold of at least one house of Congress to provide a real check on Trump’s abuses?
sharetweet

Democrats opposed to the Vietnam War felt this way in 1968 and 1972. Buckley himself, whose loathing of liberal Republicans surpassed his dislike of Democrats, was an enthusiastic champion of Barry Goldwater in 1964, even though the late Arizona senator seemed the weakest electoral bet against President Lyndon B. Johnson.

Goldwater lost in a landslide, but transforming the GOP had greater significance for Buckley and other Goldwaterites than beating LBJ—and transform the party they did. That their bet paid off is a piece of history that those on the left end of the Democratic Party, with some justice, often point to.

But not every issue is Vietnam, and competing factions should beware of promiscuity in declaring this or that question as make-or-break. Moreover, the Goldwater analogy has limited utility since both parties have a degree of philosophical coherence now that they lacked fifty years ago. In the case of the Democrats, their center-left and left factions are much closer to each other than were the GOP’s liberal and conservative wings in 1964.

And in 2018, one priority truly outranks all others: Will Democrats take hold of at least one house of Congress to provide a real check on Trump’s abuses?

Partisanship is easy to criticize. But in the short run, removing a supine GOP from power in Congress is the one and only way voters can use the ballot box to hold the president accountable. Whatever their differences, Democrats will not allow Russia’s meddling or the many forms of Trump administration corruption to be buried.

There will be plenty of time before 2020 to argue over the Democratic Party’s direction. These discussions cannot be postponed forever. But between now and the fall, sorting out which candidate best fits a given state or district matters far more than it usually does. For Trump’s opponents, pragmatism is principle—because the stakes are so high.