What to Make of the McCarrick Report? 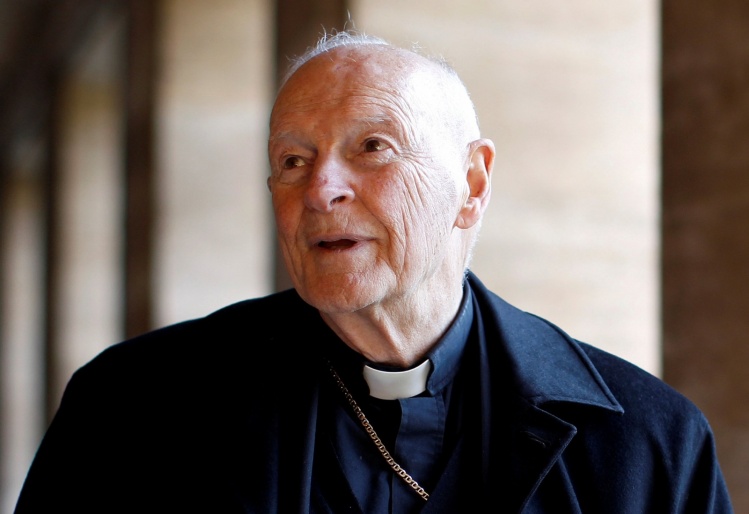 The Vatican has issued its report on the shocking case of former Cardinal Theodore McCarrick. Two years in the making, it is 449 pages long, names names, gives dates, and cites extensive documentation and more than ninety interviews, all anchored with 1,410 footnotes. Will it bring closure to questions about how the now-defrocked prelate could rise to the heights of the hierarchy despite rumors of sexual activity with adults and repeated machinations to bed seminarians?

Anyone who believes that must inhabit an alternative universe.

A universe not inhabited by innumerable victims in the United States and elsewhere still scarred by clerical sex abuse—along with their grieving families and disaffected fellow Catholics.

Also a universe not populated by the website Bishops Accountability, SNAP, Jeffrey Anderson, the Midas of lawsuits against the Church, Archbishop Carlo Maria Viganò and similarly fierce critics of Pope Francis, and all the other media-certified sources of commentary—among them the required quota of Church leaders rightly and necessarily more concerned about voicing sorrow for Church misdeeds than getting into the weeds about who knew what, where, when, and how.

And finally an alternative universe not driven by deadlines and headlines. Good reporters from Rome—and I am following their lead—attributed many of their stories to the detailed summary by Andrea Tornielli, editorial director of the Vatican Dicastery for Communications. Some have managed their own swift plunges into the report’s hundreds of pages. It will take days, however, before those contents can be thoroughly digested.  One wonders whether editors will still be interested in follow-up stories.

No report, in any case, can tie up all loose ends, let alone ease the pain and anger of survivors or the dismay of American Catholics shell-shocked by the spectacle of a retired cardinal defrocked in 2019 for abusing minors after years of dodging rumors about sexual misconduct with adults.

Nonetheless, some conclusions stand out.

No report can tie up all loose ends, let alone ease the pain and anger of survivors or the dismay of American Catholics.
sharetweet

Not surprisingly, the report has been welcomed by American prelates, who promise to study it in detail and who repeat their apologies and pledges of transparency and accountability.

Personally meaningful to me was the first response of a friend: John Carr, former director of the Department of Justice, Peace, and Human Development at the U.S. Bishops Conference and now director of the Initiative on Catholic Social Thought and Public Life at Georgetown. John had worked closely with McCarrick and was shocked by the revelations of his “repeated abuse...constant lies and ongoing refusal to accept responsibility.” This led John to reveal his own victimization as a young seminarian and dedicate himself to ending “destructive clericalism” and “a culture of institutional corruption” that protected “both abusers and those who enabled them.” But not having read the full report, John understandably hesitated to “assess its adequacy.”

Then the report’s generally positive treatment of the current pope will be suspect. Defenders of Viganò and John Paul II are already in the field, protesting that they are being scapegoated and vilified. And despite the report’s exhaustive length and detail—or even because of its length and detail—gaps and conflicts about what we know are likely to emerge.

The report can be linked to the 2019 motu proprio,“Vos estes lux mundi,” establishing new procedures for investigating accusations against bishops, or last summer’s document from the Congregation for the Doctrine of the Faith on taking anonymous accusations seriously. But it will disappoint those looking for a concrete program of lessons learned or actionable reforms.

Nor will it satisfy those who want an official list of episcopal and Vatican wrongdoers—and a purge of any still in office. Or those who emphatically insist that compensating victims financially should take priority in the Church’s allocation of its resources.

Does this massive two-year investigation of a single shocking case really shed light on the larger challenge of preventing sexual abuse? What, in fact, are the lessons the Church can learn?

The report certainly raises consciousness about extending protection to vulnerable adults like McCarrick’s seminarians. It certainly implies that violations of celibacy, whether consensual or, as the Church teaches, always potentially forgivable, should be disqualifications to leadership.The report also indicates the need for a serious review of the process for selecting and vetting bishops, a process that now involves a complicated system of sending out confidential questionnaires, compiling and synthesizing responses by the nuncios representing the Vatican in each nation, and sending dossiers of possible candidates on to Rome. Who gets these questionnaires? Are the responses, particularly in the case of advancement from one bishopric to another, constrained by loyalty to an episcopal “old boys’ club”? What roles, if any, do lay people play in the process? If a higher-up, including the pope, chooses to interrupt or reach beyond this filtering, a typical practice of both John Paul II and Francis, should they put their reasons in writing? Such a review of the process should be thorough and thoughtful, and not so conditioned by the sex-abuse scandal as to obtain only “safe” and never brave or creative leaders.

Does the report speak to the conflict between two contending theories of the roots of the sex-abuse crisis: That it is (a) the result of a homosexual network or “lavender mafia” within high Church ranks, and of toleration of homosexuality in general; or (b) that it is a reflection of a larger split between (presumably permissive) liberals and (presumably repressive or authoritarian) traditionalists? I doubt that evidence will dissuade adherents of theory (a), or that trustworthy evidence could be gathered in any case. And unless the full report lines up individual actors in patterns yet to be seen, it doesn’t seem likely to settle this background division.

McCarrick himself was an ecclesiological amphibian, welcoming conservative movements to Newark, for example, but also rejecting the “ban John Kerry from Communion” advocates during the 2004 election. When the abuse scandal broke, both wings of the Church tried to identify him with the opposing wing and exaggerate his behind-the-scenes power.

If the McCarrick case does not offer any clear Left/Right lesson for the larger sex-abuse scandal, it may offer one about personality and talent. Not a few abusers have hidden their sins behind undeniable personal talent and charisma. McCarrick had a soft-spoken, intimate manner that communicated sincerity and piety to many. Personally, I found this unctuous and off-putting, but always dismissed this as my shortcoming, not his. As the summary acknowledges, he was “a prelate possessing considerable intelligence and preparation, capable of weaving together many relationships both in the political as well as in the inter-religious level.” These gifts, we must learn, were perfectly compatible with wreaking unspeakable pain and suffering on others.

But how hidden were McCarrick sins anyway? When the credible charge of abusing a minor triggered his downfall, it was said, especially by Rod Dreher of Benedict Option fame, that when McCarrick was appointed to Washington “everybody knew” of his exploits with seminarians. When asked by fellow conservatives why Dreher himself had not reported what “everybody knew,” he sensibly replied that journalists could not responsibly report damning rumors without solid evidence that can be publicly verified.  The “everybody knew” charge lives on. It was repeated on the eve of the McCarrick report by a veteran Rome reporter for Reuters, who called McCarrick’s sexual misconduct “an open secret.”

In fact, everybody did not know, certainly not back in 2000. I was writing about religion, though not just about Catholicism, for the New York Times, and I didn’t know. In 2003, an acquaintance I admired published a cloaked, unsourced account of a high-ranking prelate’s unsavory trips to a beach house with seminarians. I found the report, if true, appalling; I also found the report, lacking all verification, appalling if it were not true. Paul Baumann, then Commonweal’s editor, reviewed the book containing this account in the Washington Post, and likewise expressed frustration at this lack of verifiable sources. Although this was a moment when the Catholic sex-abuse crisis was front-page news, there is no indication that reporters pursued the story any more than Church leaders had previously—or if they did, had any success in verifying it. I was no longer a reporter and had another full-time job; still, I was no different.

So the full McCarrick report should force serious reflection on how to handle anonymous or unverified accusations. (Bishops’ mailboxes, like those of reporters, contain not a few of them.) Unverified should not mean uninvestigated; anonymous should not mean unrecorded. This is not a simple question, however, as anyone aware of the toxic messages swamping social media must admit.

There is perhaps one lesson of the McCarrick report that dare not be mentioned lest it elicit howls of protest—namely, that the admittedly imperfect system put into place by the American bishops in 2002, two years after McCarrick’s appointment to Washington, actually worked. When an accusation of abuse nearly fifty years old was brought forward, the archdiocese that McCarrick had departed more than thirty years ago deemed it credible, and a retired, popular cardinal was swiftly stripped of his red hat and defrocked. It appears to be in no one’s interest, liberals or conservatives, victims’ advocates, plaintiff’s lawyers, civil authorities, or journalists, to acknowledge that anything has really changed. But it is hard to imagine that McCarrick’s advancement would have occurred if the system that could act so decisively against such a prominent prelate had been put into place in 1992 instead of 2002. The tragedy is that it wasn’t.

Few people, of any faith, can be expected to plow through the McCarrick report. And even those who do may be tempted to cherry-pick to reinforce their existing opinions. But we should all be on guard against those who rush to judgment. Transparency and accountability are not just slogans. They are hard work.

The Supremes Again, Now a Proposal