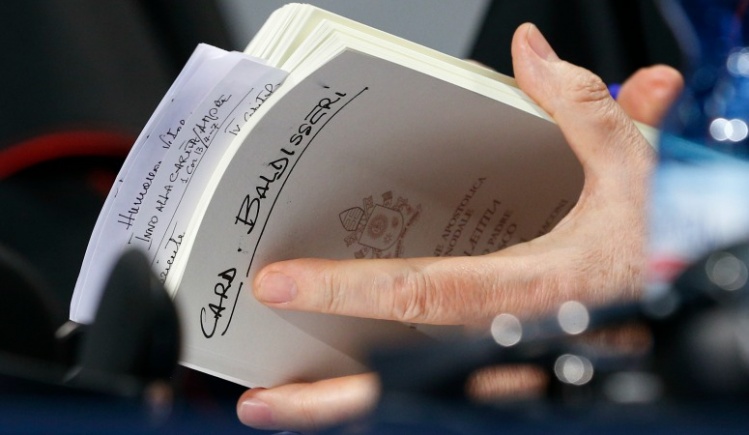 Amoris Laetitia, the fruit of the long “synodal process” that unfolded between 2014 and 2015, is in keeping with what we’ve come to understand as Pope Francis’s pastoral and nonacademic style. The exhortation draws from his previous catechesis and that of John Paul II, as well as from the documents of bishops’ conferences around the world. And, at 52,500 words, it is very long. But how does the document actually address the at-times contentiously debated issues that arose in the course of the two synod gatherings in Rome?

If there’s an interpretative key, it’s this statement that appears early on in the text: “I would make it clear that not all discussions of doctrinal, moral or pastoral issues need to be settled by interventions of the magisterium. Unity of teaching and practice is certainly necessary in the Church, but this does not preclude various ways of interpreting some aspects of that teaching or drawing certain consequences from it.” Yet Amoris Laetitia is a carefully constructed document that will give none of the most vocal factions on opposing sides of an issue any reason to claim “victory” or “defeat.” Pope Francis has issued an exhortation that represents the first attempt by a pope to demonstrate how the episcopal collegiality of Vatican II is supposed to work. Relying heavily on the final synod reports of 2014 and 2015, the document takes into account the real and divisive debates that took place at the synod on the issues of family, marriage and divorce, and homosexuality. In its section on the pastoral accompaniment of difficult situations, for example, Francis quotes extensively from the three paragraphs of the synod’s final 2015 report that  received the highest number of negative votes: Paragraph 84 (seventy-two “no” votes); 85 (eighty “no” votes); and 86 (sixty-four “no” votes).

Amoris Laetitia is generally characterized by three identifiable types of text. The first type draws from Francis’s previous teaching to help illustrate his intentions and where he wants to lead the Church; another seems to strive for compromise between the orientations that became evident in the course of synodal debate. The third touches on gender, on the masculine and the feminine, and on education in the family; it is the weakest part of the document.

Where Francis wants to take the Church is suggested in Chapter 2, paragraphs 36 to 38:

We need a healthy dose of self-criticism. Then too, we often present marriage in such a way that its unitive meaning, its call to grow in love and its ideal of mutual assistance are overshadowed by an almost exclusive insistence on the duty of procreation … We have long thought that simply by stressing doctrinal, bioethical and moral issues, without encouraging openness to grace, we were providing sufficient support to families, strengthening the marriage bond and giving meaning to marital life … Many people feel that the Church’s message on marriage and the family does not clearly reflect the preaching and attitudes of Jesus, who set forth a demanding ideal yet never failed to show compassion and closeness to the frailty of individuals like the Samaritan woman or the woman caught in adultery.

In Chapter 8, there is a statement on the need to differentiate and distinguish between different situations of divorced and remarried Catholics and about the value of civil marriage. Particularly interesting (if we recall the sharp exchanges on this issue between cardinals, especially the opening statement of Hungary’s Cardinal Péter Erdő at the 2015 synod) is the reference to the “law of gradualness” (in paragraph 295, quoting John Paul II): “This is not a ‘gradualness of law’ but rather a gradualness in the prudential exercise of free acts on the part of subjects who are not in a position to understand, appreciate, or fully carry out the objective demands of the law.”

In Chapter 8, Francis also takes up the question of discernment when it comes to difficult cases that do not coincide with the teaching of the Church: “This discernment is dynamic; it must remain ever open to new stages of growth and to new decisions which can enable the ideal to be more fully realized” (paragraph 303). Very important in this section are the footnotes—especially footnote 329, on how “faithfulness is endangered and the good of children suffers” if “certain expressions of intimacy” are lacking when divorced and remarried Catholics live together “as brothers and sisters.” There is no mention of “spiritual communion” (that is, non-sacramental) for divorced and remarried Catholics—a significant change from the pre-Francis period.

And, as to the issue of access to the Eucharist for divorced and remarried, there is a narrow but visible crack in the door:

Neither the Synod nor this Exhortation could be expected to provide a new set of general rules, canonical in nature and applicable to all cases. What is possible is simply a renewed encouragement to undertake a responsible personal and pastoral discernment of particular cases, one which would recognize that, since ‘the degree of responsibility is not equal in all cases,’ the consequences or effects of a rule need not necessarily always be the same […] ‘Given that gradualness is not in the law itself (cf. Familiaris Consortio, 34), this discernment can never prescind from the Gospel demands of truth and charity, as proposed by the Church. For this discernment to happen, the following conditions must necessarily be present: humility, discretion and love for the Church and her teaching, in a sincere search for God’s will and a desire to make a more perfect response to it.’ These attitudes are essential for avoiding the grave danger of misunderstandings, such as the notion that any priest can quickly grant ‘exceptions,’ or that some people can obtain sacramental privileges in exchange for favours [paragraph 300].

Francis seems to strive for compromise between the magisterial and the pastoral sensibilities in Chapter 3, where Humanae Vitae is quoted but without emphasis on contraception (paragraphs 68 and 82), and in Chapter 6, which highlights the role of conscience (Gaudium et Spes) but also encouragement for natural family planning. There is almost complete silence on homosexuality; only paragraphs 250 and 251 in Chapter 6 address it, and only with what amounts to a restatement from the Catechism: “Every person, regardless of sexual orientation, ought to be respected in his or her dignity and treated with consideration, while ‘every sign of unjust discrimination’ is to be carefully avoided, particularly any form of aggression and violence.” This is immediately followed by a criticism of same-sex marriage: “There are absolutely no grounds for considering homosexual unions to be in any way similar or even remotely analogous to God’s plan for marriage and family” (paragraph 251). This “compromise” likely reflects the 2015 pushback against comments on homosexuality made at the 2014 gathering.

The third kind of text—pertaining to gender, the masculine and the feminine, and education in the family—sound painfully inadequate for a discourse on marriage and family. The language seems dated, to say the least, and confirms Francis’s greatest weakness on one of the most urgent issues in the contemporary Church: women.

Overall, Amoris Laetitia likely meets the hopes of those who were looking for some pastoral change, but will disappoint those hoping naively for radical rethinking of doctrine. Any movement in the short term on sensitive issues (especially on the divorced and remarried) would likely have to stem from local bishops and pastors—bad news for a significant number of Catholics. While Francis seems to take risks on issues of inclusion and of defying the minority of traditionalists, he is less assertive on issues such as gender and on education. Here we may be paying the price of the decades-long estrangement of the magisterium from theology; even as Francis is bridging the gap between the magisterium and pastoral reality, the gap between the magisterium and theology remains wide.

But the direction of this pontificate is toward a non-ideological magisterium, a more inclusive Church, a Church of mercy. One of the most important sources for Amoris Laetitia is Francis’s speech at the end of the Synod of 2015: “A pastor cannot feel that it is enough simply to apply moral laws to those living in ‘irregular’ situations, as if they were stones to throw at people’s lives. This would bespeak the closed heart of one used to hiding behind the Church’s teachings, ‘sitting on the chair of Moses and judging at times with superiority and superficiality difficult cases and wounded families’” (Chapter 8, paragraph 305).

It remains to be seen how the text will be received—among theologians, the faithful, and especially by bishops. It wasn’t just during the days and weeks preceding publication that the exhortation was the target of pre-emptive strikes from cardinals and bishops, but over the entire length of the synodal process. This phenomenon was evident very early on in Francis’s pontificate, yet after three years, the change he has introduced is undeniable. 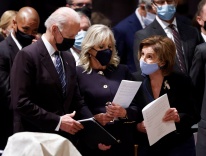