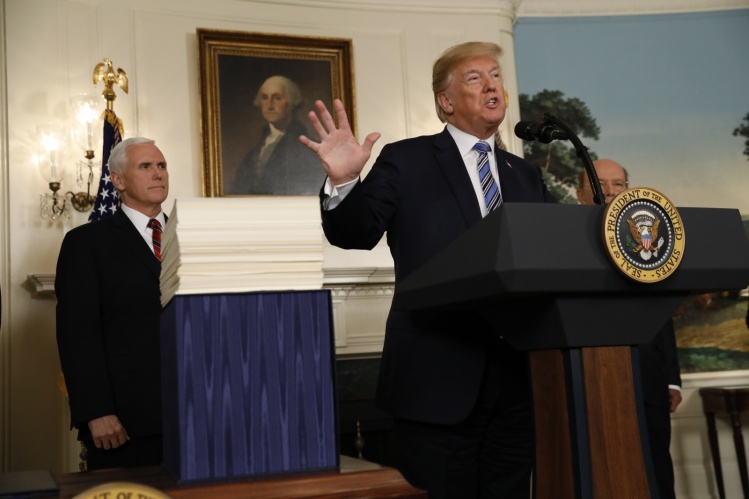 In the imaginations of his hopeful defenders, Donald Trump was supposed to transcend left and right. He’d break the Republican Party from the shibboleths of the Reagan Era and create a new ideology mindful of the interests of the party’s working-class supporters. Trump signaled this regularly. He touted a big infrastructure program. He insisted he would never cut Medicare, Medicaid or Social Security. He said his health care plan would be more comprehensive than Obamacare, at times using the government-oriented systems of Scotland, Canada, and Australia as models.

That reinvention project is stillborn because it was never serious. Except on trade, where we still await the fruits of his efforts, his break-with-the-past agenda is dead. One notable casualty is infrastructure, even if his grand words from his State of the Union address are still on the White House website. “We will build gleaming new roads, bridges, highways, railways, and waterways all across our land,” Trump declared. “And we will do it with American heart, and American hands, and American grit.”

Never mind. It barely budged the news cycle when White House Press Secretary Sarah Huckabee Sanders effectively interred infrastructure at a recent press conference, telling reporters that Trump’s promises were unlikely to lead to “a specific piece of legislation” this year. His main bragging points on economic policy are thus as thoroughly conventional for a Republican president as you can imagine: a big pro-business tax cut and large-scale deregulation.

Trump’s failure to deliver to the voters who hoped he’d be a working-class hero creates a large opening for Democrats in key swing areas that drifted Trump’s way, especially in the Midwest and Pennsylvania. But here again, the conventional wisdom is hard at work, this time with clichés that contradict each other. The first is that Democrats have no new ideas about the economy. The second is that they are moving to the left.

But if the second is correct, that must mean that they are offering ideas that are more progressive than the ones they put forward before—which, in turn, means that the first assertion can’t be true.

Here’s the reality: The economic crash of 2008 and Trump’s success among blue-collar voters in parts of the country that have fallen behind moved moderates as well as liberals alike toward a tougher critique of how the American economy is working. There is nothing ultra-left about this. It is just a reckoning with what is happening to the lives and livelihoods of millions of our fellow Americans.

The economic crash of 2008 and Trump’s success among blue-collar voters in parts of the country that have fallen behind moved moderates as well as liberals alike toward a tougher critique of how the American economy is working.
sharetweet

So, yes, there are more adventurous ideas out there, and this week, the Center for American Progress will release an important set of proposals that reflect this new thinking. Particularly ambitious is its effort to create a job guarantee for residents of the nation’s poorest counties. The center-left think tank’s agenda begins with a broad infrastructure program to keep the promise Trump broke, a major effort to modernize K-12 schools, and substantial investments to help communities prepare for natural disasters and extreme weather. Their plan also builds on legislation in Congress to guarantee all families access to affordable, high-quality child care and calls for expanding long-term care services for the disabled and the elderly. These initiatives, says Jacob Leibenluft, CAP’s executive vice president, are a twofer. “They would not only meet real needs and solve pressing problems,” he said, “They would also create 3 million new jobs.”

The job guarantee is an innovative gloss on an increasingly popular idea among progressives. Critics of guaranteeing work to the unemployed nationwide have argued that doing so would be hugely expensive and distort the job market. By focusing the guarantee on the 10 percent of Americans who live in the nation’s 676 most economically battered counties, the CAP version contains costs while delivering help to places where the need for new opportunities is greatest. The affected counties, defined by unemployment and low participation in the labor market plus a variety of measures of poverty and income, are spread across forty-two states. Among them are both rural and urban counties, both counties that are predominantly African-American or Latino and counties that are predominantly white. If you are politically minded, note that this idea transcends the dead-end argument about whether progressives should focus their energies on white or minority communities. It brings home the fact that inner cities and rural areas alike have been hit hard by economic change and need relief.

To emerge from the Trump Era, we’ll need new ideas and new hopes. Those plans and aspirations are beginning to take shape. We should start paying attention.

How Do You Vote for Compromise? 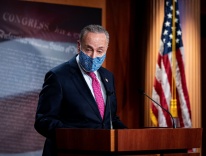 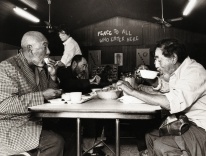 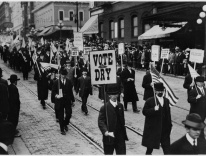