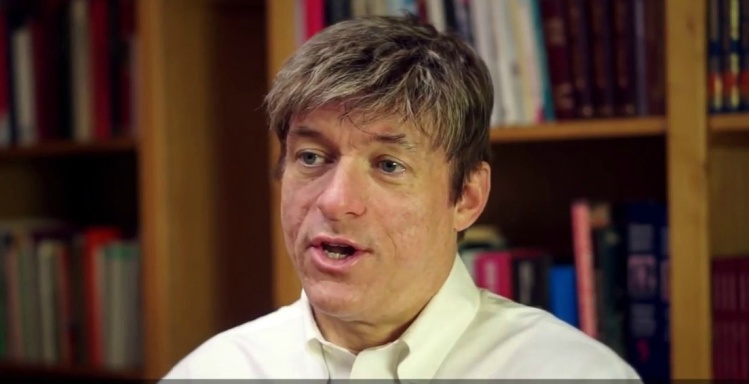 Church Militant, the ultraconservative website with the stated aim of “educating individuals about the Catholic faith,” is getting considerable attention after Fr. Antonio Spadaro, SJ, and Argentine Presbyterian Pastor Marcelo Figueroa assailed its “shocking rhetoric” last week in La Civiltà Cattolica. They described Church Militant as “a successful U.S.-based digital platform that is openly in favor of a political ultraconservatism and uses Christian symbols to impose itself,” adding: “This abuse is called ‘authentic Christianity.’ ” Carrying the clout that accompanies the Jesuit-run, Rome-based publication’s close association with the Holy See, the authors cite Church Militant as a prime example of the apocalyptic fear-mongering they decry.

There is some debate about whether to give Church Militant any more attention than it already gets, since it seems to operate on the premise that there is no such thing as bad publicity. Church spokespersons generally avoid engaging with it, which is understandable since Church Militant goes after its perceived enemies with “faith-based investigations”—highly personal attacks based on flimsy sourcing or a very slanted use of the facts.

Church Militant and its founder, Michael Voris, often attack the Catholic “soft right” for wavering from the site’s anti-LGBT, anti-immigrant, anti-Islam, and anti-climate-concern line. Targets have included Auxiliary Bishop Robert Barron (“spiritual poison”), Cardinal Timothy Dolan of New York, and Archbishop Charles Chaput of Philadelphia, who has called it “destructive.” It ran a “Top 20 Most Dangerous Catholics” reader survey in which Cardinal Joseph Bernardin, Dolan, Cardinal Donald Wuerl, and Cardinal Roger Mahony placed, in order, No. 1 through No. 4.

Wuerl is a particular target, to the point that Bill Donohue of the Catholic League denounced the “right-wing nuts” attacking him:

The crazies on the Catholic right have set their sights on Cardinal Donald Wuerl, Archbishop of Washington. Why? Because he is close to Pope Francis, and they hate the pope. The attacks are coming from The Church Militant, a loose gang of angry right-wingers who specialize in character assassination, and American Spectator hater George Neumayr.

Church Militant has created an expansive multimedia operation large enough to gain a niche in the news ecosystem, a marker on the slippery slope that slides the alt-right into conservative Catholic media, no matter how antithetical far-right views are to Catholic teaching on many subjects. The Detroit Free Press described the Ferndale, Michigan-based outfit this way:

Church Militant’s audience is about 10 times bigger than it was five years ago, and Voris said its revenue—from online subscriptions, donations, merchandise and an annual cruise trip—is “well past seven digits.” He said the “authentic” Catholic news website and social media presence draw about 1 million to 1.5 million interactions per month. It’s part of a 501(c)(3) nonprofit, Christian organization called St. Michael’s Media.

The people at Church Militant consider themselves journalists “bearing witness to the truth,” lonely gumshoes exposing corruption in the church. I believe that news media should hold religious institutions accountable in the same way as any other powerful institution, and that independent Catholic media should help to do that. The Italian reporters who made use of documents leaked from the Vatican were, in my view, doing a service to the church and not criminals, as church authorities would have had it. Similarly, National Catholic Reporter deserves gratitude for exposing the clergy sex abuse scandal and staying on the story. This is evidence-based accountability journalism, built on documents and facts.

But Church Militant dishonors the term “investigative reporting” with stories based on a propagandistic arrangement of facts and reliance on uncorroborated anonymous sources who are allowed to vent unchallenged even though they clearly have an axe to grind. Yes, anonymous sources can be valuable, but this is not how it’s done. No one can really say who is a journalist and who is not, but as someone who has spent a career writing and teaching journalism, I cringe at Church Militant’s claim to be a journalistic outfit devoted to the truth.

Spadaro and Figueroa look to Church Militant’s over-the-top political reporting in decrying fringe Catholic and evangelical Protestant groups that have united in a “spiritual war” based on apocalyptic fear-mongering. The writers cited the website’s campaign to push Donald Trump as the new Emperor Constantine. The notion is that Trump, though an imperfect vessel, was chosen by God to save the church. It’s a view more common among some evangelical Protestants, a way to persuade a segment of the electorate to dismiss concerns that Trump exploited gambling, crass materialism, and a Playboy mentality to achieve fortune and fame. As for Trump’s opponent, Church Militant tells us that “Hillary Wants to outlaw the Church.” It likens her to Diocletian, the Roman emperor who tried to wipe out Christianity early in the fourth century. The message, as Spadaro and Figueroa say, is that Trump is a tool of divine intervention.

I will leave the theological commentary to others who are more knowledgeable, but journalistically speaking, the La Civiltà Cattolica article is vague when it comes to identifying villains beyond Church Militant. Who these unnamed people or entities are is unclear since, after all, some of the most prominent conservative Catholic opinion-makers spoke out against Trump during the primary season, saying his appeals to fear and prejudice conflict with Catholic values. Fr. Spadaro provided a few scant details in an interview with America, his fellow Jesuit publication, saying he was referring to “the multiplication of websites, blogs, and Twitter accounts that tend to move public opinion and react in lively and often in a violent and fundamentalist way.”

He is picking up on a strain of Catholicism that has always existed in the United States, dating to a time when the Catholic-Protestant relationship was entirely hostile. It was aided in no small part by the Vatican’s anti-modernism in the nineteenth and early twentieth centuries, which American bishops tried to modify and occasionally circumvent. For example, they refused to send troops the pope asked for to save the Papal States from Giuseppe Garibaldi’s advance, as the Irish hierarchy did. There were Catholic newspapers such as the New-York Freeman’s Journal and Catholic Register that supported such a supposed “holy war,” but they didn’t have the tools of modern multimedia communication.

Regardless of how the theologians come to see the article, at least La Civiltà Cattolica spoke up, sparking necessary debate over the various dubious positions taken in some American Catholic media.

To fill in a few blanks, I turned to a report from Georgetown University’s Prince Alaweed bin Talal Center for Muslim-Christian Understanding and its Bridge Initiative, “Danger and Dialogue: American Catholic Opinion and Portrayals of Islam.” (I wrote about it for Commonweal last month.) Based on an expansive survey, the study reported that the “Islamophobia industry” had found a platform in many Catholic media outlets.

Jordan Denari Duffner, who wrote the report, told me that it is worth paying attention to Church Militant, which she refers to in the study. As she put it, “People claim Church Militant is fringe, but—at least in regards to Islam—the kinds of narratives that Church Militant is promoting are also promoted in other more mainstream Catholic conversations.”

As an example of the role Church Militant plays, Denari Duffner pointed to its promotion of Robert Spencer, an anti-Islam author who has also written for some Catholic media. She referred to an interview in which Voris asked Spencer about a decision by Bishop Jaime Soto of Sacramento to bar Spencer from speaking on church property to a Catholic homeschooling conference. (Spencer spoke to the group on homeschooling after it moved the conference off church property.)

The interview was done while Spencer was promoting a new book, Not Peace but a Sword. The book was published by Catholic Answers, which says it has 400,000 members in what it describes as the largest Catholic community on the web. Catholic Answers describes its mission as “an apostolate dedicated to serving Christ by bringing the fullness of Catholic truth to the world.”

“What I think is funny is … here you have a book published by Catholic Answers on the one hand and yet on the other hand you have the bishop of Sacramento on the other hand saying, no, no, no, you can’t talk on church property,” Voris commented. “This just goes to show the degree of confusion and just one hand not knowing what the other hand is doing. Things are just so messed up in the church today.”

Voris said that Spencer had written for First Things, and Spencer added Crisis, This Rock “and various other Catholic publications” to his list.

“It’s ironic in the extreme,” Spencer responds, describing himself as “a red-state Catholic writer coming up against blue-state bishops.”

“We run into this all the time,” Voris says, noting that the “Catholic establishment” treats Church Militant as toxic. Then he adds: “We don’t think we’re toxic. We think we’re extraordinarily Catholic.”