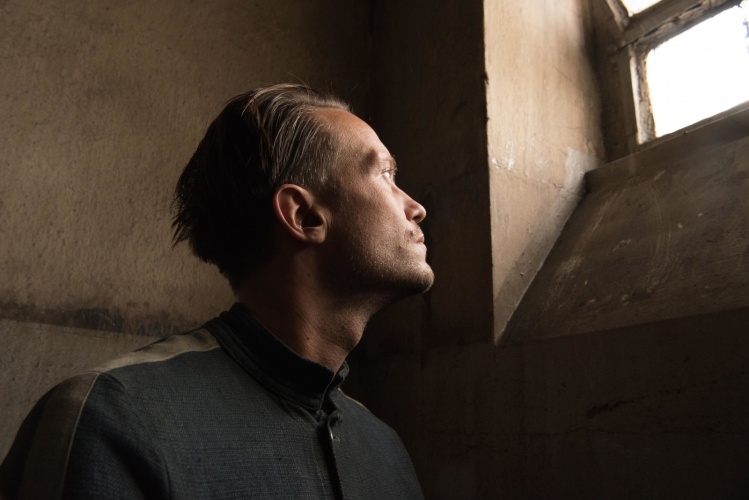 Twentieth-century history has tended to overlook the life of Austrian Catholic martyr Franz Jägerstätter (1907–1943). His refusal to swear an oath of loyalty to Adolf Hitler, and his subsequent execution, never attained the notoriety of, say, Dietrich Bonhoeffer’s conspiracy to assassinate the Führer. Despite his beatification by Pope Benedict XVI in 2007, Jägerstätter has nevertheless remained a niche figure—popular among pacifists, peace activists, and conscientious objectors, but not someone known broadly among Catholics. With the release of Terrence Malick’s Jägerstätter biopic, his biography has finally come into broader public view.

In A Hidden Life, which premiered last spring at Cannes, Malick dispenses with his  typical non-linear plotlines and visual flourishes. He has instead made a more straightforward biopic, one whose episodic structure closely tracks the historical contours of Jägerstätter’s life. That said, it’s still vintage Malick. There are whispered voice-overs, angled camerawork, tight closeups, and gorgeous shots of the natural world. It’s also a theologically robust film, one that imbues the slow pace of Jägerstätter’s rural Austrian village, St. Radegund, with the sacred imagery of the gospels.

Malick’s portrait of Jägerstätter relies on two primary sources. The first is Gordon Zahn’s 1964 biography, In Solitary Witness: The Life and Death of Franz Jägerstätter. The young Jägerstätter, Zahn tells us, was a notorious flirt with a flair for drama (he was often seen riding a motorcycle, the first to be brought to his small mountain village). But later Jägerstätter’s faith matured, partly inspired by the piety of his wife Franziska, and soon his devout Catholicism came to inform his increasingly critical view of National Socialism. After refusing to serve in the Wehrmacht—against the protestations of his village, the Catholic Church, and even his own lawyers—Jägerstätter was arrested and imprisoned at Linz. He was swiftly charged with “insubordination of the war effort,” brought to trial, and convicted. Jägerstätter was then sentenced to death and executed by guillotine on August 9, 1943.

Minimal use of dialogue and voiceover seems like a missed opportunity, given the eloquence of Jägerstätter’s writing.
sharetweet

But more than Jägerstätter’s martyrdom (the moment of his execution is never shown), Malick is interested in his small acts of holiness—almost all of them adapted from Jägerstätter’s own Letters and Writings from Prison, a posthumous collection edited by Erna Putz. A Hidden Life thus features scenes of Franz (played by August Diehl) sweeping the floors of his village church, or giving his rations to other hungry prisoners at Linz. Malick further underscores the film’s documentary authenticity by shooting inside Jägerstätter’s actual home in the Austrian Alps, where we witness loving and playful moments between Jägerstätter and his wife (played by Valerie Pachner). The haunting shots of Franziska sitting alone in the couple’s bedroom were filmed in the  room from which the real Jägerstätter was taken.

Many of Malick’s films have biblical undertones (recall Tree of Life or Days of Heaven), but A Hidden Life moves into more pointedly evangelical territory, joining films like The Mission, Romero, Of Gods and Men, and Silence in comparing the life of its protagonist to the life of Christ in the gospels. Early in the film we see the Jägerstätters in a field gathering wheat, separating the chaff and throwing it into a burning pile—thus recalling the words of John the Baptist in Matthew 3:12 (“His winnowing fork is in his hand…”). These allusions to divine judgment yield to scenes late in the film highlighting Jägerstätter’s Christ-like compassion. One shows Jägerstätter in prison, gazing at two other convicts as they await their turn at the guillotine. Though he doesn’t speak it aloud, Jägerstätter’s face communicates Jesus’ pronouncement from the cross in Luke 23:43: “Truly I tell you, today you will be with me in Paradise.”

A Hidden Life isn’t without its faults. As much as Malick’s wide angles and close-ups can mimic human memory and perception, they’re also just as often disorienting. Minimal use of dialogue and voiceover seems like a missed opportunity, given the eloquence of Jägerstätter’s writing. Malick also repeats his habit of overly sentimentalizing his female characters: here again they’re muses for the male imagination rather than protagonists in their own right. The film makes some attempt to convey the sorrows of the historical Franziska Jägerstätter, but Malick reduces her robust spiritual life—so central to her husband’s conversion and martyrdom—to near non-existence.

A similar critique can be made about Malick’s understanding of Jägerstätter’s own spirituality, which was in fact more traditional—and more sacramental—than A Hidden Life implies. Jägerstätter attended daily Mass and regular prayer services at his parish in St. Radegund. His letters tell us that he prayed the rosary constantly while incarcerated, also drawing strength from the Eucharist as the date of his execution approached. But the film presents Jägerstätter within the confines of a predominantly intellectual theology. For Malick, it seems, God is mediated primarily through nature, Scripture, and introspection. These were certainly important elements in Jägerstätter’s religiosity, but the daily texture of his faith was much more embodied, grounded in the materiality of the sacraments and Catholic ritual. Their omission from A Hidden Life is surprising, and in a way, misleading.

A Hidden Life takes its title from the closing lines of Middlemarch, but Malick might also have considered the words of his own subject. “It is undeniable that times change, and therefore the way to heaven does not remain the same,” Jägerstätter once wrote. Martyrdom doesn’t seem to be on Malick’s mind as much as the importance of acting according to one’s conscience. Still, a deeper glimpse into Jägerstätter’s sacramentality could have helped us understand the source of the conviction that, in those dark days, made him choose the path he did.