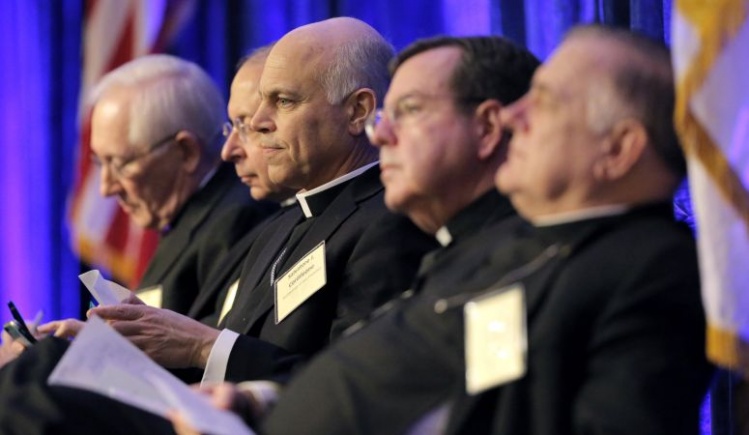 As the 2016 election season comes to a close, we can identify one clear loser even before the votes are tallied: Forming Consciences for Faithful Citizenship, the quadrennial guide issued by the U.S. Conference of Catholic Bishops to help their flocks discern how to vote.

The problem is not that Catholics are ignoring the bishops’ counsel; alas, that is not a new phenomenon. This election year, it is far more serious: Faithful Citizenship has turned out to be simply irrelevant to the most pressing moral and practical questions actually raised by the 2016 presidential contest.

The most heated discussions about the current race for president have focused on the moral character and political temperament of the candidates themselves: voters, including Catholic voters, have been asking themselves whether Hillary Clinton is too corrupt to be trusted with our economy, and whether Donald Trump is too unstable to be equipped with our nuclear codes.

Yet Faithful Citizenship has very little to say on matters such as the personal qualities of the candidates. Instead, it continues the bishops’ pattern of calling attention to hot-button moral and political issues. Abortion, same-sex marriage, and religious liberty receive much of the attention, as they have for some years now. The document closes with a section titled “Goals for Political Life,” for example, but it barely mentions addressing climate change as one of them—an especially curious decision given that Pope Francis devoted an entire encyclical to the issue.

Some have criticized the ranking of these concerns, but I think the difficulty is more basic: Faithful Citizenship has lost sight of the fact that voters need to choose between candidates, not between issues. This is true of every election, not just the 2016 election.

Any helpful election guide, therefore, needs to provide direction on how to assess the character and competence of those who are seeking public office. What are the personal characteristics that qualify someone to lead a large and complex organization, institution, or political group? The answer is multifaceted.

First, good candidates need to possess a certain kind of moral integrity. No matter how well he ran the Winter Hill Gang, Whitey Bulger wouldn’t have been a good candidate for public office.

Second, they also need to have the background, experience, and competencies appropriate for the job. Mother Teresa may have been a saint, but that doesn’t mean she would have been an outstanding American senator.

Third, they need to possess a range of qualities essential for effective leadership, such as decisiveness and even a certain ruthless determination in enacting policies.

Not surprisingly, these requirements, even the third one, apply to those governing religious communities as well as secular democracies. In a recent interview about the circumstances of his resignation, Pope Benedict XVI admitted that he did not possess a key virtue for effective leadership: “One of my weak points is perhaps a lack of resolve in governing and in decision-making. In reality I am more of a professor, a person who reflects and meditates on spiritual questions.”

Figuring out the relationship between these three criteria is never simple. For example, too many people think that moral integrity is for wimps. They wrongly assume that candidates will be strong and decisive leaders simply because they flout the basic requirements of justice. This mistake, in my view, is behind the public fascination with Trump and Vladimir Putin, as well as Paul Ryan’s disastrous flirtation with Ayn Rand.

Moral commitment is not a sign of weakness. There are strong virtues appropriate for the unapologetically powerful men and women who hold public office. And in a just society, those virtues should shape their attitude and obligations toward the weak and the vulnerable.

Another temptation is to assume that competence and commitment can substitute for actual political leadership. In my view, Clinton has been particularly susceptible to this temptation.

Effective political leaders don’t withdraw into their own circle of expertise in order to constitute a guardian class charged both with protecting and deceiving common people. They inspire, enable, and energize their fellow citizens to make their own contributions to the common good.

The 2016 edition of Faithful Citizenship stresses the Catholic tradition’s “rich heritage that helps us consider the challenges in public life and contribute to greater justice and peace for all people.” We also have a rich heritage of reflection on moral, political, and intellectual virtues.

In recent years, virtue theory has been retrieved and developed by both progressive and conservative theologians. Perhaps we can set aside the culture wars in order to reflect together on the qualities of temperament and character that we should demand of our political leaders.

It’s now time for the bishops’ election guide to be thoroughly revised, not merely updated, as it has been during the past two election cycles. I hope that the 2020 version balances legitimate care for the candidates’ stances on key issues with appropriate concern for their character and competencies.