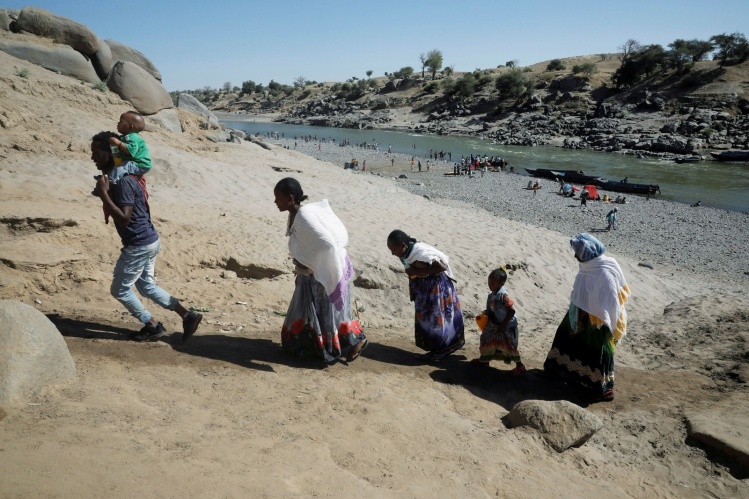 For the past six months, a humanitarian crisis has been unfolding in the Tigray region of Ethiopia. What began as a dispute between the Tigray People’s Liberation Front (TPLF)—the region’s ruling party—and the Ethiopian government has turned into a devastating campaign of ethnic cleansing that has left thousands of Tigrayans dead, as many as a million displaced from their homes, and 3 million on the brink of starvation.

The TPLF and the central Ethiopian government had been in a constitutional standoff for months before the conflict began. In 2019, Ethiopian Prime Minister Abiy Ahmed disbanded the four-party government of which the TPLF had been a part, and replaced it with a non-ethnic Prosperity Party, which the TPLF refused to join. When Abiy delayed national and regional elections because of the pandemic, the TPLF went ahead with theirs. The result is that both sides see the other’s leadership as illegitimate.

The conflict came to a head on November 4, when Tigray forces loyal to the TPLF preemptively attacked a military base in the region’s capital, Mekelle. Abiy ordered a military operation to regain control of the region, arrest TPLF leaders, and shut down electricity, telephone, and internet connections. With very little information coming out of Tigray and only a handful of journalists allowed in, it has been hard to ascertain exactly which side is responsible for which acts of violence.

A report by Belgian researchers found that at least 1,900 Ethiopians have died in the conflict. Only 3 percent lost their lives in battle; the vast majority died in one of about 150 massacres, often of unarmed civilians. Amnesty International reported early about the Mai Kadra massacre, in which a militia loyal to the TPLF is said to have slain members of the Amhara ethnic group, which is dominant in the Ethiopian government. But later reporting by the Financial Times and other news outlets suggests that it was Tigray civilians who were the victims of violence. The full truth may not be known until the media blackout is lifted.

The picture slowly emerging from the region is desperately grim: a sustained campaign of massacres, sexual violence, and starvation.
sharetweet

In any case, the picture slowly emerging from the region is desperately grim: a sustained campaign of massacres, sexual violence, and starvation perpetrated by Ethiopian and Eritrean militaries, as well as Amhara-regional forces, against the Tigrayan people. Writing in the Boston Review, Alex de Waal summed up the situation: “Occupying soldiers are killing, raping, and ransacking, mercilessly and systematically.” Civilians have been attacked with machetes and guns. Medical staff report a stream of women and girls seeking help after being raped. Tigrayans’ food supplies have been burned, their livestock killed, while hospitals and other facilities have been looted.

The presence of Eritrean soldiers in the region is particularly disturbing. The Eritrean military, historically hostile to Tigrayans, appears to have been invited into the country by Abiy. Since then, they have perpetrated some of the most brutal crimes in the conflict. For four months, Abiy denied their presence in the region; only recently has he acknowledged their role.

So far, the international response has been tepid. When the initial fighting broke out in November, then-Secretary of State Mike Pompeo called for de-escalation. President Joe Biden expressed “grave concerns” about the conflict and deployed a special envoy to the region. In March, Secretary of State Anthony Blinken characterized the conflict as a campaign of “ethnic cleansing”—the first time a high-level official has used such terms. The United States has pledged more aid to the country, and groups from the United Nations to the G7 have denounced the violence and pledged to investigate.

The Ethiopian government has consistently downplayed the situation, accusing Blinken of “overblowing things.” Eritrea has called accusations that its soldiers have committed war crimes “outrageous lies.” But as more information makes its way out of Tigray, such denials sound less and less convincing. As de Waal writes, “If the worst is indeed happening, we won’t be able to say we didn’t know.”

Published in the May 2021 issue:
View Contents
Tags
Foreign Affairs
War and Peace