The Urgency of Economic Growth 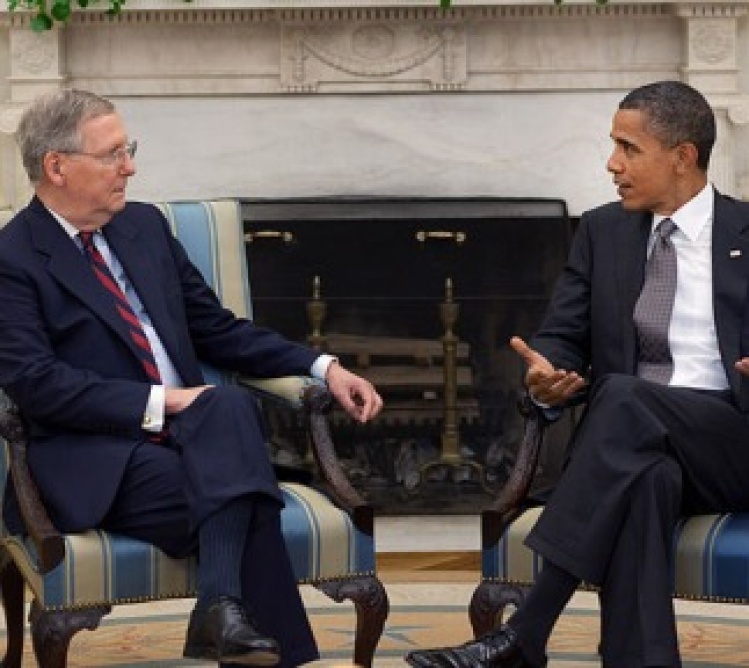 The moment's highest priority should be speeding economic growth and ending the waste, human and economic, left by the Great Recession. But you would never know this because the conversation in our nation's capital is being held hostage by a ludicrous cycle of phony fiscal deadlines driven by a misplaced belief that the only thing we have to fear is the budget deficit.

Let's call a halt to this madness. If we don't move the economy to a better place, none of the fiscal projections will matter. The economic downturn ballooned the deficit. Growth will move the numbers in the right direction.

Moreover, the whole point of an economy is to provide everyone with real opportunities for gainful employment and economic advance -- the generational "relay" that San Antonio Mayor Julian Castro affectingly described at last year's Democratic convention. When we talk only about deficits, we take our eyes off the prize.

But there is good news. Gradually, establishment thinking is moving toward a new consensus that puts growth first and looks for deficit reduction over time. In the last few months, middle-of-the-road and moderately conservative voices have warned that if we cut the deficit too quickly, too soon, we could throw ourselves back into the economic doldrums -- and increase the very deficit we are trying to reduce.

Here, for example, is excellent advice from the deservedly respected (and thoroughly pro-market) economic columnist Martin Wolf, offered last week [registration required] in The Financial Times: "The federal government is not on the verge of bankruptcy. If anything, the tightening has been too much and too fast. The fiscal position is also not the most urgent economic challenge. It is far more important to promote recovery. The challenges in the longer term are to raise revenue while curbing the cost of health. Meanwhile, people, just calm down."

"Calm down" is exactly what we need to do. We have been inundated with apocalyptic prophecies about our debt levels. While they come from the center as well as the right, Republicans are using them to turn the next two years into a carnival of contrived crises. These will (1) make normal governing impossible -- no agency can plan when budgets are always up in the air; (2) distract us -- we need to think about measures, such as an Infrastructure Bank, that would promote prosperity now and into the future; and (3) drive business people crazy -- no enterprise would put itself through the contortions that are becoming part of Washington's routine.

Only if you believe that deficits mean the end is near can any of this be justified. Sen. Mitch McConnell, the Republican minority leader, perfectly encapsulated the effort to diminish the importance of all else (including growth) when he declared recently that "deficit and debt" constitute the "transcendent issue of our era."

No, it's not. As Bruce Bartlett, the bravely dissident conservative economics specialist wrote a few days ago: "In fact, our long-term deficit situation is not nearly as severe as even many budget experts believe. The problem is that they are looking at recent history and near-term projections that are overly impacted by one-time factors related to the economic crisis and massive Republican tax cuts that lowered revenues far below normal."

Former Treasury Secretary Lawrence Summers warned in The Washington Post that we can't "lose sight of the jobs and growth deficits that ultimately will have the greatest impact on how this generation of Americans lives and what they bequeath to the next generation." And economists at the International Monetary Fund have offered some honorable mea culpas about underestimating the damage that ill-timed austerity programs have done to growth -- and also to the fiscal positions of the nations affected by them.

You have to hope that President Obama will use his State of the Union message to speak forcefully for growth and the public investments that will foster it. But sensible people also need to rise up and tell the congressional doom-mongers that they have to calm down and end their wholly destructive campaign to turn our great system of self-rule into a government by deadline and emergency.

An Extremist for Justice