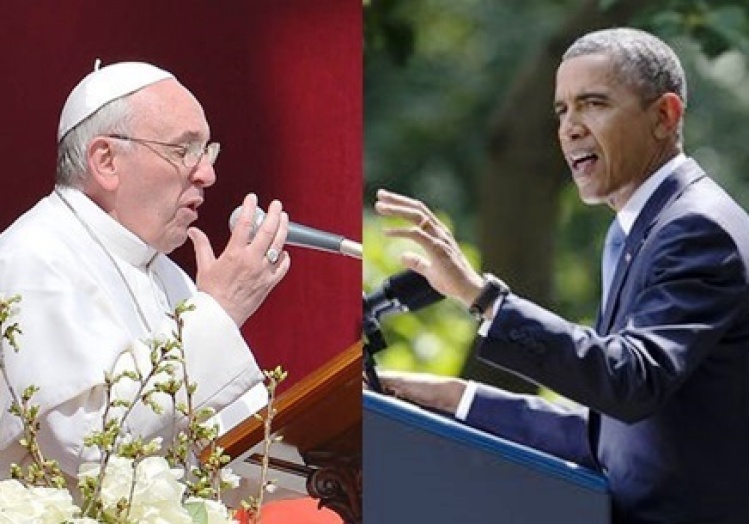 UPDATE: event to be rescheduled due to weather and campus closing on February 3.

In the past month, several major news outlets have raised the question of whether Pope Francis is having an effect on political figures in the United States. Kathleen Hennessey's A1 story in the Los Angeles Times reported on how and why President Obama, for example, had come to quote the Pope.

The citation marked a notable development in Obama's complex and sometimes confrontational relationship with the Roman Catholic Church: After several years of high-profile clashes with U.S. bishops, Obama is seizing the chance to highlight common ground with the bishop of Rome.

Quoting the pope isn't likely to yield direct electoral dividends for Obama's party — the once-vaunted "Catholic vote" largely disappeared long ago. But in a string of effusive praise, the president has made clear he sees the pope as a like-minded thinker and potentially useful ally in a crucial battle of ideas, particularly on the importance of shrinking the gulf between rich and poor, a subject Obama has pushed repeatedly but with limited success.

In a guest feature at Politico, Candida Moss elaborated on the theme and suggested that Obama take some pointers from Pope Francis.

And yet there is much that Obama—who has never lacked for confidence and whose White House is notoriously insular and on-message—could do to emulate Pope Francis’s humility and accessibility. Inviting Senate Democrats to join him for a drink, as he did this week, was a nice gesture of outreach, but the fact that it was newsworthy indicates how rare a step it was.

And as clichéd as it sounds to say that the president needs to lead by example, this is in fact how Francis does it. What other world leader has such clarity of message? The pope’s words are supported by impeccable conduct, not bloodless argument.

It even seems that Obama has used the Pope's focus on economic inequality as an opportunity to return to that subject himself, as in the State of the Union address. Yesterday for CNN Andrew Hammond wrote:

And in a sign that Obama recognizes the growing international momentum behind this issue, the White House last week announced that the president will travel to the Vatican in late March. The talks will center around the "shared commitment [of the Pope and President] to fighting global poverty and growing inequality."

Obama's State of the Union address, and his March meeting with the Pope, will not just bring global attention to this agenda. It will also encourage campaigning on similar themes by politicians around the world, especially from the left of center.

Now longtime Commonweal contributor Melinda Henneberger of the Washington Post is going to take up this line of inquiry. As part of Commonweal's Campus Speakers program, she will be speaking at Fordham University next Monday, February 3 (4:30 PM, Tognino Hall, Bronx campus). All are welcome.

And if any Commonwealers can make it, please do come introduce yourselves!

Media Is Liberal, But It's Not a Conspiracy