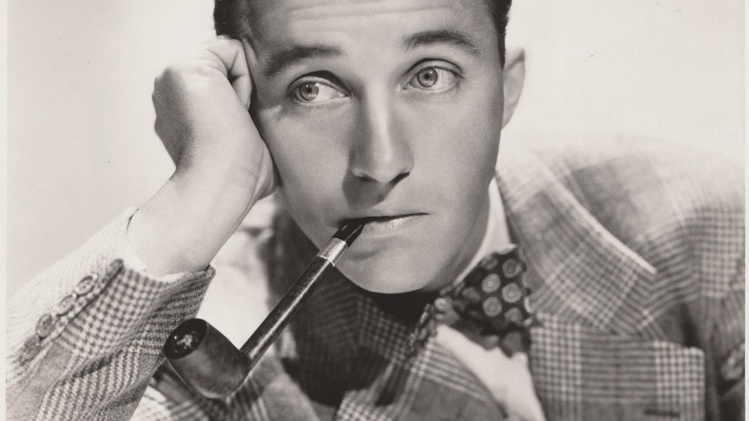 Readers of this book may find it difficult to decide exactly what to make of it. They might, of course, approach it as a conventional biography; after all, Bing Crosby’s name and photo adorn the cover. The contents trace in detail his various comings and goings over the course of a half-dozen eventful years. (This part two of a planned trilogy weighs in at 582 pages of text; part three, presumably covering the remaining three decades of Crosby’s life, promises to be a real whopper of a volume.)

Alternatively, they might classify Bing Crosby: Swinging on a Star as a deep dive into American popular culture in the 1930s and ’40s, with particular attention to music, motion pictures, and network radio. To say that Gary Giddins, longtime jazz columnist for the now-defunct Village Voice, brings encyclopedic knowledge to these subjects comes nowhere close to being adequate. It’s like saying that Google collects information or that Amazon stocks books. Whatever Giddins doesn’t know about American pop culture of this era is probably not worth knowing, and a considerable portion of what he does know appears between the covers of this book. Depending on your attention span and appetite for detail, the result is either astonishingly comprehensive or way, way down in the weeds.

Yet there is also this third option: readers with an eye for American history will discover here a fascinating account of the intersection of war and celebrity. Mobilizing the nation for World War II meant mobilizing Hollywood as well. Among the legion of stars and lesser lights who sold war bonds, entertained the troops, and visited the wounded, Crosby was undoubtedly the most devoted and hardest working.

To appreciative G.I.s, he became “Uncle Sam without Whiskers.” From the attack on Pearl Harbor until the war was over, he traveled more than fifty thousand miles while staging shows for the troops, include an exhausting USO tour to Great Britain and France after D-Day. At the same time, he was propping up morale on the homefront by hosting a top-rated radio show and cranking out an uninterrupted stream of popular films and hit recordings. All in all, it made for a dazzling war record.

So as a survey of pop culture or an exploration of a neglected dimension of military history, this book has a lot to offer. Unfortunately, as a biography, it comes up short, albeit through no apparent fault of the author. Bing—everyone from General Eisenhower to gushing schoolgirls called him that, so I will follow Giddins in asserting the privilege—turns out to be a difficult nut to crack.

While Giddins gives us glimpses of life inside the Crosby household, much remains shrouded.
sharetweet

On the one hand, in his work life, he was a consummate professional (if also a hard-headed businessman). He showed up on time, knew his lines, and was ready to perform. To colleagues, Bing was kind, affable, and fun to be around, even while keeping a certain distance. No temper tantrums, no histrionics, no pretense, never putting on airs. Also no real friendship or intimacy.

The same applied in his dealings with the general public. He signed autographs, answered fan mail, and demonstrated commendable patience in putting up with the annoying intrusions of the adoring masses. Giddins details the exploits of two young sisters who stalked Bing for weeks while he was staying in New York. For years thereafter, he made a point of sending them Christmas cards.

On the other hand, Bing’s private life was almost entirely closed off. Giddins makes it plain that family life for the Crosbys—his first wife Dixie and their four sons—was difficult. Dixie had a severe drinking problem, in all probability linked to chronic depression, which either contributed to or was exacerbated by strains in her marriage. The fact that her husband was rarely around didn’t help. Their union was not a happy one, and Bing considered divorce on more than one occasion.

As a parent, Bing displayed little of the easygoing manner that figured so centrally to his persona as a performer. Determined to shield his sons from the corrupting effects of growing up among Hollywood royalty, he was a stern disciplinarian, not given to expressing affection: “He believed parents molded their children like clay.” Giddins describes his approach to parenting as “military, manly, and unemotional.” When the boys misbehaved, he relied on corporal punishment rather than quiet counseling in the manner of Judge Hardy.

All that said, while Giddins gives us glimpses of life inside the Crosby household, much remains shrouded. Perhaps unwisely, he makes liberal use of a score-settling memoir by Bing’s oldest son Gary, its contents broadly disputed even by his own siblings. Other evidence is fragmentary and inconsistent. Warmly affectionate, even loving letters that Dixie wrote to her husband while he was on a horse-buying jaunt to Argentina belie the notion of estrangement.

In the end, Bing remained married (if not necessarily faithful) to his wife until her early death. And while the Crosby boys did not fare especially well as adults—two committed suicide—Giddins shows that Bing made a sincere effort to father them, even if his impossibly busy schedule made it look like they were being shoehorned into the odd spare moment.

As for his inner life, here the mystery remains just about total. While describing Bing as a “genuinely devout Catholic,” Giddins makes little effort to explore what that might mean. Yet until John F. Kennedy’s election as president in 1960, Bing was undoubtedly the most prominent Catholic in American life. That Frank Sinatra, the other great male singer of the era, was a Catholic qualified as an afterthought. By contrast, to virtually all Americans, whatever their faith tradition, Bing embodied Roman Catholicism, a point driven home by his iconic role as Fr. O’Malley in Going My Way (1944) and again in The Bells of St. Mary’s (1945).

Yet Giddins offers next to nothing about the role that religion played in Crosby’s own life. I have it on good authority that Bing attended Sunday Mass regularly and prayed each night before bed, on his knees no less. But how, if at all, faith shaped his outlook or the way he lived his life falls beyond Giddins’s purview. I suspect the issue may not interest him.

I finished this very long book feeling that I could have easily been satisfied with less. Then I realized how much is missing.