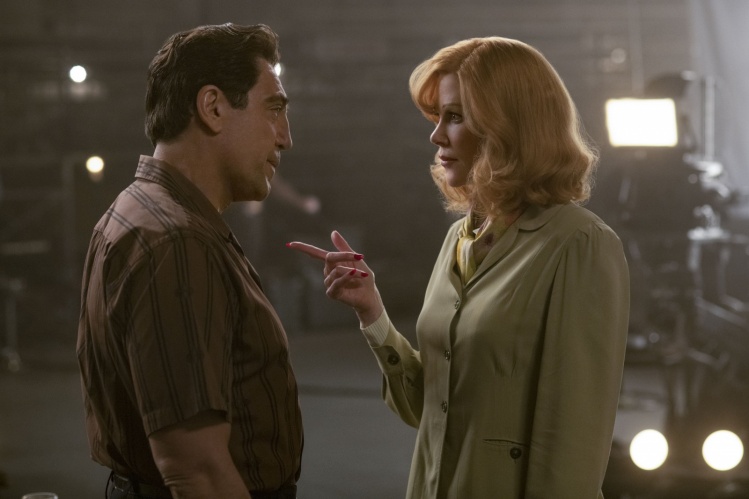 Throughout his long career, Aaron Sorkin has kept the flame burning for a certain American idea. His stories cover every center of power—politics, entertainment, media, tech—and take place in an America flourishing thanks to a fair, smart, sometimes smug, but ultimately heroic centrist establishment. From The West Wing to Studio 60 on the Sunset Strip, from The American President and A Few Good Men to Mr. Wilson’s War and The Newsroom, almost every protagonist in a Sorkin drama represents this unifying ideal. His vision is capacious. Sorkin nods to the conservative skeptic, winks at the leftist radical, owns up to every historical grievance—and then plows on, his cast of quick-witted characters relentlessly pursuing social progress while enjoying extraordinary personal success.

Last year’s The Trial of the Chicago 7 could be seen as the high-water mark of Sorkin’s project: it somehow manages to integrate the subversive vision of those famous utopian revolutionaries into the Sorkin worldview. This vision is closer to the civic-mindedness of Mr. Smith Goes to Washington (1939) than to any radicalism, but it is also wise to the moral and political lessons of the fifties and sixties. When I watched The Trial of the Chicago 7 during the gloomy winter of 2020, I was struck by how comforting its image of America was.

But is it a true image? In Armies of the Night (1967) and Miami and the Siege of Chicago (1968), Norman Mailer’s famous books about the sixties, counterculture icons like Abbie Hoffman, Jerry Rubin, Tom Hayden, and Allen Ginsberg come off as apocalyptic, distinctly discomforting characters. You probably don’t want to listen to these disturbing men but, Mailer insists, you must, for they know a terrible truth. In Sorkin’s film, these same figures appear as quirky and challenging but ultimately reassuring. Perhaps Sorkin calculated that, during a political and public-health crisis, American viewers didn’t want an apocalypse; they wanted to feel that everything is going to be okay, that the center was holding.

This December saw the release of a new Sorkin film: Being the Ricardos. The movie folds several real events into a single eventful week in the lives of actors Lucille Ball (Nicole Kidman) and Desi Arnaz (Javier Bardem). The married couple worked together on the I Love Lucy show and its successor, The Lucy-Desi Comedy Hour, playing the parts of Lucy and Ricky Ricardo from 1951 to 1960.

The movie struck a personal chord. My siblings and I grew up on I Love Lucy reruns, thanks to the nighttime programming of Nick at Nite. We loved Arnaz in part because, with his strong accent, he sounded like our parents. But while Arnaz was a fine entertainer, he was no Lucille Ball. We loved Lucy because she was a comedy genius: Lucy stuffing chocolates in her mouth and under her shirt on an assembly line; Lucy stomping on grapes at a vineyard; Lucy getting drunk on Vita-meata-vegamin; Lucy swooning over old Hollywood stars we had never heard of; Lucy marooned on the pre-Schengen border between Italy and France. From 1994 to 2000, Nick at Nite broadcasted a marathon “Block Party Summer”—each weeknight was devoted to a different sitcom from the fifties and sixties, including I Love Lucy and The Lucy-Desi Comedy Hour. It never seemed to end: the seemingly eternal 1950s of Lucy reruns, combined with the apparently endless summers of our childhood, generated a mirage of everlasting tranquility, a historical oasis oblivious to half-a-century’s worth of troubles. This experience fed into our natural optimism about the American future, a feeling shared by many immigrants when they first move to the United States.

In their fruitful artistic collaboration, Lucy and Desi dance around the same American center that defines the Sorkin worldview.
sharetweet

The Desi of Being the Ricardos is similarly optimistic. Born in Cuba, Desi loves America and hates Communists. In the 1930s, his father was mayor of the southern Cuban city of Santiago, before being overthrown by “Bolsheviks,” jailed, and almost killed. The movie takes place in 1953, when Sen. McCarthy is investigating Communist Party members. When the film begins, Lucy has already testified before McCarthy’s committee and been exonerated. Even so, the newspapers are circulating a rumor that she’s a card-carrying Communist. In fact, Lucy did check the “Communist” box when she first registered to vote at age eighteen, to please her working-class father. Desi passionately defends his wife, but he cannot excuse her. “Believe me, you checked the wrong box,” he tells her.

Lucy’s troubles mount. She has just found out that she’s pregnant, and in those days CBS had a rule against showing pregnancy on air. Lucy, “the biggest asset in the portfolio of the Columbia Broadcasting System,” a talented artist and brilliant entrepreneur who is nothing like her goofy television persona, must contend with writers, actors, and business executives who all want assurances that their star will not be canceled by the House Un-American Activities Committee. In the midst of this crisis, the show must go on, and Being the Ricardos showcases the work that went into a typical episode of I Love Lucy: brainstorming sessions, table reads, blocking. Sorkin still dramatizes the creative process better than any other screenwriter of our time.

In reality, Desi’s father, Desiderio Alberto Arnaz II—a member of the Spanish-Cuban nobility—was ousted by a revolutionary sector of the Cuban military during the so-called Sargeant’s Revolt of 1933. This upheaval forced the Arnaz family into exile when Desi was still a teenager. He attended school in Miami, where he found his calling as a musician, first joining Xavier Cugat’s famous orchestra, then starting his own conga band. He found success with his cover of “Babalú,” an Afro-Cuban song, and by singing crowd-pleasing ditties like “They call me Cuban Pete / I am the king of the Roomba beat.” He was drafted during World War II, but a knee injury kept him in this country, where he directed USO programs for almost three years. In 1940, he married Lucy. He was a smart businessman and a lifelong Republican.

Sorkin respects the complexity of Lucy’s and Desi’s individual backgrounds and personalities, avoiding caricature and stereotype. But he also appeals to them as symbols of his ideal America. In their fruitful artistic collaboration, Lucy and Desi dance around the same American center that defines the Sorkin worldview. The threat of McCarthyism and the blacklist is balanced by Desi’s grievance against “Bolsheviks.” Desi’s blue-blood background is checked by Lucy’s working-class roots. The promise of America is reborn in their marriage. As with most Sorkin characters, the meaning of their lives seems to be defined mostly by their work. Religion, in their world, is invisible—in particular, Desi’s Cuban-born Catholic faith has disappeared, as it did on I Love Lucy (and as it may have done in real life). Instead, the reigning ethos is commercial, based principally on respect for showbiz talent and success. Here is yet another Sorkinian image of the American past, offering audiences consolation during another pandemic winter.

But maybe Sorkin’s magic doesn’t work the way it used to, though his strengths—solid direction and an ear for dialogue—are undiminished. There is a sense of frustration at the heart of Being the Ricardos. Like few Sorkin protagonists before her, Lucy is unfulfilled. The center may have held, but it hasn’t made her happy. In a flashback to the day Lucy met Desi, she tells him: “I live in a small house…and my ambition is to live in a home.” (A clueless Desi misunderstands: “And your ambition is to live in a bigger house?”) Lucy will one day lead a major television studio. She will buy three houses. But she will still lack a home. “I did this show so Desi and I could be together,” she says. But according to the film, that plan fails.

Maybe Lucy’s lack of fulfillment in this film registers Sorkin’s own uneasy sense that something has changed since the time of The West Wing and The American President. Today a particular American narrative celebrated in Sorkin’s work is much less persuasive than it once was. That narrative was like those endless summer evenings of my childhood, a tranquil mirage. Just as the civil-rights movement and the Cuban revolution, as well as Desi’s alcoholism and Lucy’s growing misery, were never visible on I Love Lucy, the emotions that dominate our own tumultuous time—the anxiety, the exhaustion, the sense that maybe the center is no longer holding—are largely absent in Sorkin’s work. This winter, Lucy’s void resonates more than Sorkin’s genial complacence.