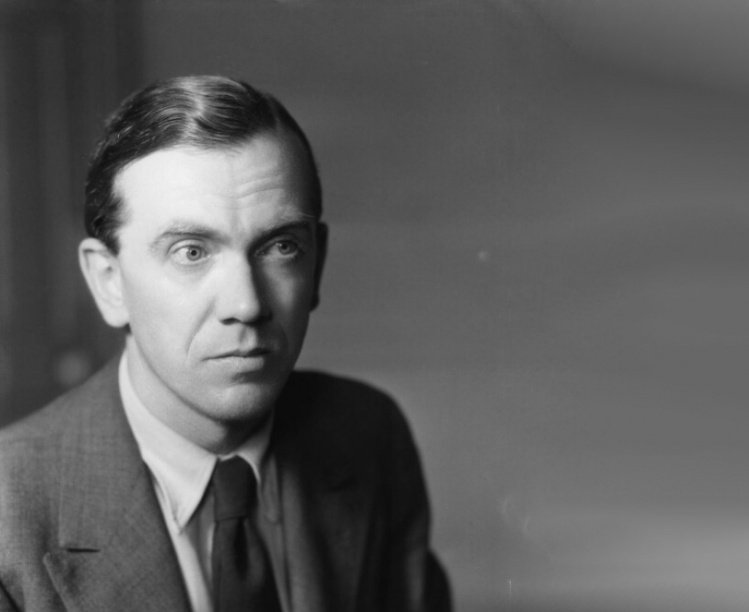 Joan Acocella, a staff writer for the New Yorker whose work I have admired in the past, has a curious review of a new biography of Graham Greene in the magazine’s March 22 issue (“Original Sinner: Graham Greene’s Dark Heart”). Having written appreciatively of Greene for Commonweal on the occasion of his death (“Sources of Desire,” May 3, 1991) and reviewed a subsequent biography for New York Newsday, I was naturally interested to read Acocella’s piece.

Acocella doesn’t find much to praise in The Unquiet Englishman by Richard Greene (no relation to Graham). The author’s effort to avoid the “excessive interest” in Greene’s concupiscence shown by other biographers doesn’t pass muster with Acocella. Given “how much time and energy” the novelist “put into his sex life one wonders how any biographer could look the other way for long.” Acocella refuses to look away, and approaches the “rather lurid events of Greene’s life” with a supercilious disdain. She duly notes Greene’s “first little scandal,” involving his salacious description of Shirley Temple in a movie review. She implausibly links that incident to the suggestion that Greene seemed determined to go “to bed with every other woman he came across.” The mix of sex, religion, and violence in his novels is “a hot stew,” which Acocella claims readers found “rather a thrill...bad behavior was fun after all.” She clearly finds Greene’s “procedure” of marrying “torments of the soul to frenzies of the flesh” incredible, if not adolescent. She grants that Greene is a master of novelistic plotting but dismisses his attempts at profundity: “How hard he reached for it!” She sniffs at the notion that he is “viewed by some” as one of the most important novelists of his generation.

Greene’s treatment of his wife and two children, and the pretensions of his erratic attachment to Catholicism, come in for special disapprobation. Greene converted in order to marry, only to leave his wife, who raised their two children alone. His wife would not agree to a divorce, and he never remarried. He did, however, support his wife and children financially, a fact Acocella does not mention. She acknowledges that Greene underwent psychoanalysis as a teenager and was diagnosed with a manic-depressive disorder, but suggests his adult behavior probably had more to do with alcohol and drug use than any innate psychological imbalance. She similarly casts doubt on his adolescent suicide attempts. To cinch the case for the prosecution, Acocella quotes a letter Greene wrote his wife explaining his “restlessness, moods, melancholia, even my outside relationships” as “symptoms of a disease.” The disease “lies in a character profoundly antagonistic to domestic life,” he concludes. Acocella judges that a lousy alibi, and thinks the letter was an effort to explain why Greene’s inexcusable behavior “wasn’t his fault.”

That seems a narrow reading of both the letter and Greene’s admittedly dark understanding of moral failure. It seems more characteristic of Greene’s thinking to understand such betrayals as realities that can be owned up to, or perhaps transformed into art, but not explained away. His novels, after all, are filled with inexplicable acts of both evil and virtue. “Writing is a form of therapy,” he contended. “Sometimes I wonder how all those who do not write, compose, or paint can manage to escape the madness, melancholia, the panic and fear which is inherent in the human situation.”

Doubtless Greene was “a rather strange person.” But he was a much more interesting and surprising person than Acocella lets on.
sharetweet

Greene’s conversion and lifelong struggle with religious belief (he called himself a Catholic agnostic) are treated flippantly by Acocella. Like his fabled wanderlust, she thinks his eagerness to go anywhere “that had crocodiles” was just another way to get “out of town,” away from his childhood Anglicanism in the first instance and from domestic responsibilities later. His reported equanimity on his deathbed, and admission that despite his alienation from the Church he could not “believe my unbelief,” goes unmentioned.

Acocella quotes George Orwell’s shrewd criticism of Greene’s novels. Greene’s use of religion, Orwell thought, created the impression that “there is something rather distingué in being damned; Hell is a sort of high-class night club, entry to which is reserved for Catholics only.” For her part, Acocella sees little more than “chest-banging” in how Catholicism is evoked in many of the novels.

Doubtless Greene was, as his wife thought even before marrying him, “a rather strange person.” But he was a much more interesting and surprising person than Acocella lets on. She does not mention, for example, his early failures and desperate financial struggles or his later unbidden generosity to others, especially struggling writers. He helped support Muriel Spark for years while she strove to make her mark. Acocella is caustic about claims that he was in any sense a “freedom fighter,” but Greene never claimed to be one, though he did take unpopular and very public stands against the war in Vietnam and U.S. interventions in Central America. Acocella trivializes Greene’s political activism as a sideshow, when in fact it was a serious, if idiosyncratic, aspect of his personality. Nor does Acocella understand the roots of Greene’s fascination with violence, betrayal, and exotic happenings in far-off lands. As he himself explained, he was inspired by the adventure books of his youth. “When—perhaps I was fourteen by that time—I took Miss Marjorie Bowen’s The Viper of Milan from the library shelf, the future for better or for worse really struck,” Greene explained. “One could not read her without believing that to write was to live and to enjoy.”

The novelist Shirley Hazzard is a more perceptive and reliable guide to Greene and his work, and her memoir Greene on Capri is an indispensable book for anyone who wants to understand this complicated man. The Viper of Milan’s “calm mingling of charm and horror sustains the reader’s attention” and “made evil interesting” for both her and her friend Graham as young readers and aspiring writers. Hazzard met Greene by happenstance in the 1960s when she and her husband vacationed on Capri, where Greene owned a house. She both liked and admired Greene, but was clear-eyed about his mercurial temperament and often chauvinistic attitude toward women. Greene, she writes, reacted with “hostility to all matters imposed on him—whether by circumstance or natural forces.” That hostility was existential and biological. “The helplessness or complicity of our humanity in its involuntary needs, cravings, and decay aroused a resentment conspicuous above all in many of Graham’s responses to women,” Hazzard argues. Greene could take that resentment to extremes, but who hasn’t rebelled at some point over the body’s stubborn betrayals or the strictures of social convention? “For much of his life he had wrestled, in love and in his books, with the paradox of desire and consummation, illusion and disgust, ecstasy and blame,” Hazzard writes. Perhaps that struggle is the source of what Acocella finds so risible in what she regards as Greene’s failed attempts at “profundity,” but it is a profundity many of us are drawn to.

Acocella wants to pathologize the alleged tawdriness of his writing. Yet Hazzard makes clear it was his love and devotion to literature, not what Acocella calls the “lurid” aspects of his life, that compelled him to write. “One’s life is more formed, I sometimes think, by books than by human beings: it is out of books one learns about love and pain at second hand,” Greene wrote. Hazzard, who spent many hours talking with Greene, was impressed by his near encyclopedic knowledge and prodigious memory. “Literature was the longest and most consistent pleasure of Graham’s life,” she writes. “It was the element in which he best existed, providing him with the equilibrium of affinity and a lifeline to the rational as well as the fantastic.... Our own best times with Graham usually arose from spontaneous shared pleasures of works and words—those of poets and novelists above all—that were central to his being and ours.”

When A. J. Liebling panned The Quiet American in the New Yorker in 1956, claiming that the United States was incapable of the deception and cruelty depicted in that novel, he got it wrong. Now the New Yorker has gotten Greene wrong once again. 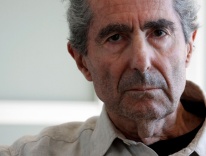 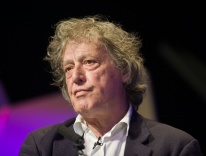 ‘A Playwright of Ideas’