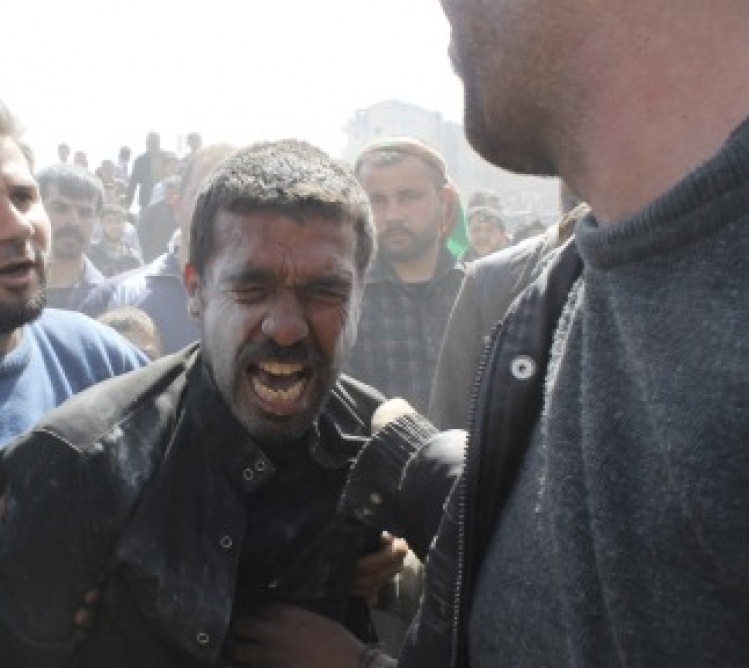 Syria’s civil war has been going on for more than two years. Seventy thousand people have been killed, most of them civilians. More than 3 million Syrians have been driven from their homes, nearly a million taking refuge in Turkey, Jordan, and Lebanon. The war, increasingly a sectarian battle between the Sunni majority and the ruling Alawite minority, may yet ignite a more direct confrontation between Shiite Iran and Iraq and their Sunni antagonists in Saudi Arabia, the Gulf States, and Turkey. There have already been bombings in Turkey and Lebanon, and the Israelis have made preemptive strikes against Hezbollah in Syria. The extremely precarious situation seems to call for a robust international response. Yet as the United States learned in Iraq and Afghanistan, any large-scale military intervention in the Islamic world is more than likely to fail.

Bashar al-Assad, Syria’s Baathist dictator, continues to cling to power thanks to the protection and aid provided by Russia, a long-standing ally, and the military and material assistance of his Iranian and Iraqi co-religionists. The Alawite minority of 4 million remains loyal to Assad, fearing they will be slaughtered should the Sunnis come to power, and willing to resort to ethnic cleansing themselves to forestall that outcome. On the rebel side, radical Islamists have flocked to Syria and are now the dominant opposition force. Their goal is to create an Islamist state, a prospect that alarms Israel, the United States, and the Arab monarchies in equal measure. Military aid to the rebels, mostly from Sunni Arab states, is being funneled through the more secular opposition leaders, but fear of arming jihadists has limited the types of weapons being supplied. Without anti-aircraft missiles, the rebels cannot contest the regime’s air superiority. The result is stalemate.

No one knows which side will prevail in this savage conflict, and few knowledgeable observers think the fighting will soon end even if the United States provides the rebels with more potent weaponry. Nevertheless, enormous political pressure is building for the United States to act in some decisive way, especially in the aftermath of what appears to be the use of chemical weapons by the regime. Although his policy is widely derided as timid or worse, President Barack Obama appears determined not to allow the United States to be drawn into yet another war. Such caution should be commended. Only the most unrepentant advocates for the invasion of Iraq think the United States has the tools and the knowledge to fundamentally change the course of events in Syria. U.S. intervention might be warranted if there were a reasonable prospect that it would bring the killing to a quick end, but almost no one thinks that would happen under the current conditions.

Still, there are many eloquent, morally serious advocates calling for intervention, and their views should not be dismissed lightly. Most of them urge the United States to supply the rebels (but somehow not the jihadists) with advanced weapons, establish a no-fly zone, and create “humanitarian corridors” where refugees can be protected from Assad’s murderous militias. Even the administration’s most vocal critics, however, do not advocate sending in ground troops. Yet what if these partial measures were to fail, as they are likely to? At that point, the pressure to commit ground forces will be nearly impossible to resist, especially if U.S. military personnel are at risk. Containing Assad’s large stockpiles of chemical and biological weapons presents an even more daunting problem. Bombing those facilities is not an option, and the best-case scenario for securing the weapons would require at least seventy-five thousand U.S. troops and would most likely result in significant civilian and U.S. military casualties.

There are no good military options available to stop the carnage in Syria. One possible sign of hope is the agreement between the United States and Russia to convene a conference on Syria within the next few weeks. Up until this point, Russia has blocked every effort to oust Assad. Evidently the Syrian regime’s willingness to use chemical weapons has set off alarms in Moscow, which has its own reasons not to want such weapons to fall into the hands of jihadists in control of a failed state. Russia also knows that the United States and the international community will feel compelled to act should Assad use those weapons on a broader scale. At the moment, the best chance for a negotiated settlement—one that would include elements of the current regime in a coalition government, thus avoiding the sort of anarchy that followed the overthrow of Saddam Hussein—depends on the Russians exerting pressure on Assad. That is not much of a hope, but every possible alternative must be pursued before we resort to military intervention.