Worlds Made by Words
By Emily Holman
Books
Fiction 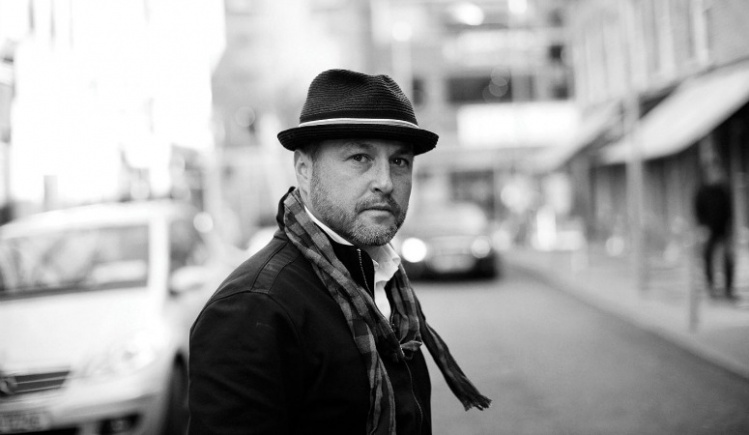 Just how much does one’s way of looking determine what one sees? We all know that perception isn’t merely a matter of the angle from which you view a table or a tree: as Sartre emphasized, it has much more to do with imagination. How we look doesn’t just shape what we see; it creates what we see. This fact poses for writers a great, and greatly difficult, task: that of generating new ways of seeing, simply through word choice. Style doesn’t just reveal the man, as Comte de Buffon famously claimed (“le style, c’est l’homme même”); it creates the story.

Colum McCann’s recent collection of stories is titled Thirteen Ways of Looking, and while the title in its precision suggests a scientific experiment, McCann’s interweaving of the “thirteen” motif is artfully subtle. Each of the book’s four stories has thirteen sections, building a continuity that moves, slowly and surely, toward denouement. By the end, a shift in perspective has taken place: nothing radical, but rather the sort of altered vision that comes to each of us in our lives as we gather information and experience and look back at what has been.

The title story, a 143-page novella, weaves the thoughts of retired lawyer and judge J. Mendelssohn together with an omniscient narrative that surveys literally from above, via cameras that track Mendelssohn’s final day. Though the story involves a murder, it is no thriller; we know early on that Mendelssohn will die. Instead of suspense, it’s the voices that matter, particularly Mendelssohn’s. His experience is given in both third- and first-person, echoing the way we narrate our own lives to ourselves, our inward patter as we conduct basic daily activities:

He reaches down and pulls at the side of the diaper. Careful now. Contents in the underhead bin may have shifted during flight.
Oh God, oh Lord, there’s nothing worse than the sound of velcro.
Nothing worse on this fair earth.

When we meet him, Mendelssohn is an old man, wealthy but lonely. His wife has died, and he is looked after by his live-in domestic helper. The opening section relays the camera’s objective perspective in his room, showing us a man lying “lumpen in the bed, a blanket-shape, his head little more than a blur.” While the detectives surveying Mendelssohn’s movements later on see an old man shuffling or “staring vacantly ahead,” interspersing chapters give us the human being in all the vivid and significant particularity of his preoccupations: the Mendelssohn who cares about newspaper folds and can’t help but enjoy seeing Sally, his helper, bend down; who feels agonized at each painstaking step across the road, honked at by cars; who is disappointed in his son; who misses his Eileen “daily, daily, daily.” McCann could have told the story as a traditional murder mystery, but his aim is larger and subtler. The whole accomplishment of this tale is the mind that it offers. Mendelssohn’s death marks the end of that mind and all it contains. But it doesn’t make the life of the mind while it endures any less significant.

The second story in the collection, “What Time Is It Now, Where You Are?,” presents an author commissioned to write a short story. He decides to write about a female soldier in Afghanistan, who becomes slowly more real through the thirteen sections, even as we watch the author question basic biographical details—is her age implausible?—in a way that draws attention to the way in which fictional characters are created. About mood, though, he’s authoritative. While he may not know what Sandi will say on the satellite phone call to her son,

What he does know is that the sense of cold seclusion is important: not only because it is a New Year’s Eve story, but because it freezes Sandi in her cube of human loneliness, like most of us, at the unfolding of a year, looking backward and forward both.

As with Mendelssohn’s tale, the action is of secondary importance, significant primarily because of what it tells us about characters we care for even when we already know their fates—and even when they are being created before our eyes. What matters is the world that is created and the human way of living in that world. Throughout the collection McCann explores, sometimes explicitly, how writing accomplishes its task of convincingly creating a human mind or moment or encounter. As importantly, his writing achieves that itself.

The third story, “Sh’kohl,” doesn’t present a character so much as an emotion. Rebecca is the single mother of a thirteen-year-old adoptee who endured fetal alcohol syndrome and is deaf. A keen swimmer, she gives him a wetsuit for Christmas and they rush off to the cold Galway coast. The next morning her son has disappeared. The rest of the story traces the mental world of Rebecca, a translator of Hebrew into English, as she searches for him. All the while, a word she’s had trouble translating resounds in her mind. Sh’khol is the Hebrew term for a parent who has lost a child—a noun that does not exist in English or Irish. In her translation she chooses bereaved, though “she wanted to be true to the text, to identify the invisible, torn open, ripped apart, stolen.” McCann shows how writing and life do not just reflect but inflect each other, the choice of a word not mirroring or demonstrating mental experience, but determining it.

In his author’s note, McCann asserts that “every word we write is autobiographical.” Part of his book’s beauty lies in how it enforces this statement at every turn, no matter whether the protagonist is a mother or an elderly man, a male writer struggling with a story, or a nun who has been raped—as in the final story, “Treaty.” In this tale, Beverly’s recognition of her rapist on television, posturing as a man who advocates for peace, sends her to London to seek him out. But again, instead of the outer drama, it’s the inner confrontation Beverly has with herself—stifled, muted, and oppressive—that the story tussles with, making the eventual meeting with her rapist extraordinarily powerful.

Each section of the title story is prefaced with a stanza from Wallace Stevens’s “Thirteen Ways of Looking at a Blackbird,” which hovers in paradox: “It was evening all afternoon. / It was snowing / And it was going to snow.” But paradox is not McCann’s subject. The intersection between the written and the lived, the perceived and the experienced, is his focus—as is made clear by his note on the final page of the book, which serves as both part of the collection and as a commentary on it. While writing these pieces, McCann was assaulted after trying to help a woman pushed to the ground by a man outside a hotel in New Haven, Connecticut. His inclusion of the incident casts a different light on these stories, making their inward exploration of humanity seem as much an effort to communicate across the boundaries of minds as to explore those landscapes themselves.