There's Something I Want You to Do: Stories 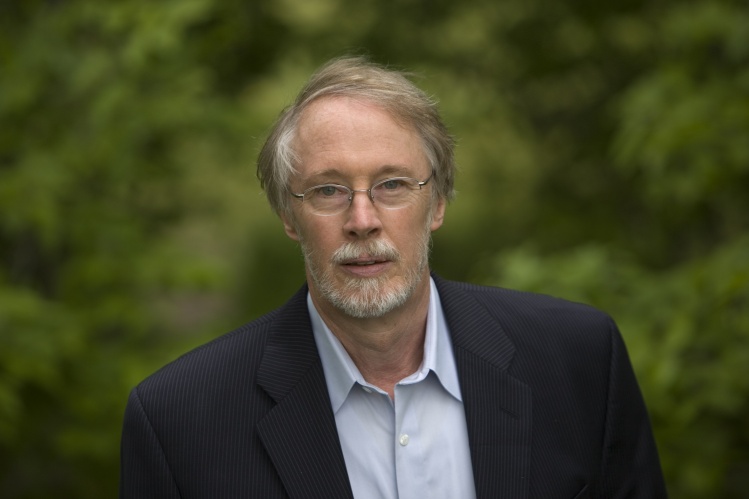 Among the factual details Charles Baxter manages to work into his latest collection of short stories is that Minneapolis, where many of these tales are set, is the nation’s leader in prosthetic medicine and technology. Why? Because historically it has been a center of industrial manufacturing. Favorably located on the Falls of St. Anthony at the head of the Mississippi River, the city was home to numerous mills providing generations of residents both steady employment and the accompanying possibility of dismemberment.

A writer like Baxter doesn’t introduce such an image without a reason, and indeed a number of the stories in There’s Something I Want You to Do deal explicitly with the idea of “human wreckage.” Comprising ten stories split equally among virtues (“Bravery,” “Loyalty,” and “Chastity”) and vices (“Lust,” “Sloth,” “Avarice”), the collection gets its narrative thrust from the imperative of its title. That catalytic kick—reflective of Baxter’s stated preference for what he calls “request moments”—inevitably sets people on a collision course. The resulting impacts leave some in worse shape than others.

Baxter, whose previous books include the novels The Feast of Love and Saul & Patsy, as well as the acclaimed story collection Gryphon, is often praised (and in some sense condemned) as a writer’s writer. Readers familiar with prize-winning and anthologized stories like “Feinstadt’s Mother” or “The Next Building I Plan to Bomb” or “The Winner” know the care he takes with character and composition, the scrupulousness with which he avoids epiphany. Man will become better when you show him what he is like, Chekhov said, and like Chekhov, Baxter doesn’t force self-realizations upon his characters to get them out of their jams. “I read fiction because I want to see bad stuff happening,” he has said. “I want to see people misbehaving and getting themselves into real trouble, serious trouble. That’s what I go to fiction for. That...and the sense that I’m learning something about people.”

Little surprise, then, that Baxter’s protagonists so often mess up, even (or especially) when endeavoring to do well. And if they happen to learn from their mistakes, there’s always another opportunity to get things wrong. In the course of these linked stories, a selection of recurring characters meet up at different places and times, their past experience not necessarily a guide to negotiating present difficulties. This arrangement might have felt overly schematic in other hands, but Baxter uses a light touch in establishing a unifying order, as sinful and saintly urges compete and sometimes complement one another within individual stories.

“Loyalty,” perhaps the collection’s best piece, may also be the most illustrative of Baxter’s aims. “I don’t say anything in the face of the incomparable wreckage,” the narrator reports on re-encountering his ex-wife and mother of his child for the first time in years. “She’s wreckage,” he later says aloud, explaining both to himself and his current wife why he has no choice but to help her. “It’s as simple as that. We have these obligations to our human ruins. What happened to her could have happened to me or anybody.”

This impulse afflicts a number of characters, even as the damage (broken bones, smashed knees, debilitating drug habits, rare diseases) continues to take its toll on them. The aging narrator of “Avarice,” who is also the mother of the protagonist in “Loyalty,” covets vengeance against the drunk driver who killed her husband. “Looking at me you would not think me capable of murder,” she says, “but I found that black coal in my soul, and it burned fiercely. I loved having it there.” The idealistic pediatrician of the beautiful opening story, “Bravery,” reappears years later in “Gluttony,” now depressed, obese, and addicted to junk food. By the end of the story he has wrecked his car after a maddening argument over abortion with the parents of the young woman his teenage son has impregnated—his nuanced and compassionate concern about the couple’s decision obliterated by fundamentalist moralizing.

These synopses make the stories sound like heavy going, but Baxter knows where to find hidden veins of humor. The newlywed wife in “Bravery” wakes on the first morning of her Prague honeymoon to see her husband standing “before the window naked, with a doctor’s offhandedness about the body, surveying the neighborhood. She thought he resembled the pope blessing the multitudes in Vatican Square, but no: on second thought he didn’t resemble the pope at all, starting with the nakedness.” Another recurring character can’t help falling in love with women who make him laugh, no matter their other shortcomings, eventually marrying a comic who uses him as a punchline in her act and refuses to kiss him even after they’ve conceived a child (“Chastity”). She also challenges him on humanity’s capacity for knowledge:

“Suppose we have limitations on our brains, like the limitation on a dog brain. And you know what we can’t get, ever?”

“Exactly,” Sarah said with triumph. “You don’t know. And you never will. ... I believe that because of the way we’re wired up we’ll never know God, and that’s just for starters. Something is out there but we’ll never have any concept of what it is. All we have are these dumb fairy tales about crucified guys with beards and dead people coming alive again and the book sealed with seven seals. Also, by the way, we’ll never know the actual structure of the universe.”

This may be as close as Baxter comes to stating his aversion to epiphany: What can we ultimately understand, about the universe, one another, or our vulnerable selves? In the book’s coda, Baxter writes: “Look: the pedestrians gaze over the bridge’s side at the Falls of St. Anthony,” then mentions the appeals to the saint that “even lapsed Catholics” utter when searching for lost things or seeking restoration of “peace and tranquility of mind.” Hovering over these pages is the ghost of the poet John Berryman, who famously jumped from the city’s Washington Avenue Bridge. One of Baxter’s characters contemplates a leap from the same structure, but what goes over the side instead is her cellphone, with which she has just taken a photo of herself. Baxter’s wrecks persist in holding despair at bay, expecting no easy fix yet never giving up on the possibility of being made whole again.