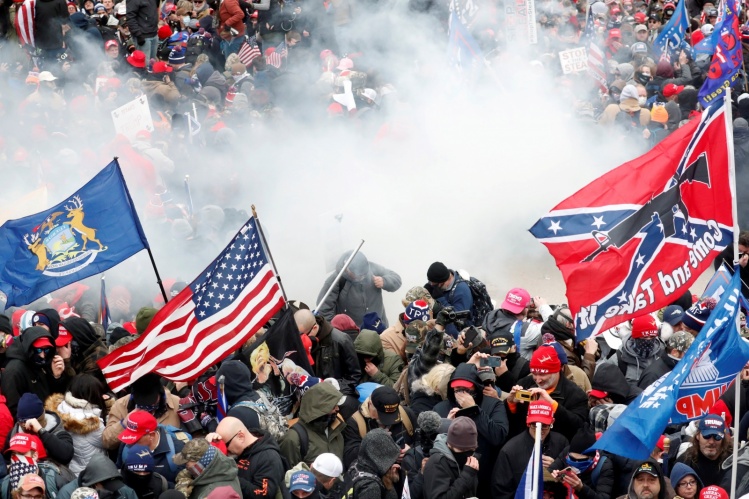 When Steve Bannon, Trump’s former chief strategist, first saw Donald Trump’s speech launching his presidential campaign, he exclaimed, “That’s Hitler!” Bannon was praising, not condemning, the future president. He instinctively understood how Trump’s theatrics and ideas could seduce people, especially those who feel that their country has been taken away from them and that a glorious past must somehow be recaptured.

My wife’s parents, native Berliners, were teenagers when Hitler became chancellor of Germany on January 30, 1933. Five years later my father-in-law, along with 17,000 other Jews, was put on a train and deported to Poland. Poland initially refused to accept the deportees, and most were stranded at the border for months. Somehow, both my in-laws survived the war, emigrating to the United States late in 1949. Neither talked much about the war or the Holocaust, and I have often wondered what it was like to suddenly find yourself in a Nazi-governed Germany. According to my father-in-law, the triumph of Nazism was inexplicable. “People went crazy,” he liked to say. That was certainly true in the sense that Germans came to believe patent falsehoods, even abandoning the notion of truth altogether. The result in the end was the utter destruction of their country. Why did the Germans embrace the Nazis? How did a band of fanatics and thieves consolidate power so quickly after Hitler was named chancellor—a position conservative German politicians hoped would circumscribe his actions?

The bare outline of what happened is familiar enough. The Reichstag fire on February 27, 1933, compelled German President Paul von Hindenburg—no fan of Germany’s struggling parliamentary democracy—to suspend civil liberties, essentially imposing martial law. While Hindenburg and assorted politicians deliberated in the chancellery that night, the building was surrounded by the intimidating presence of Hitler’s torch-carrying “Brownshirts,” as the members of the Sturmabteilung (SA) were known.

One of Hitler’s first acts as chancellor was to incorporate the SA, a paramilitary organization accustomed to brawling in the streets with the Communists, into the state’s police force. A group most Germans had viewed as thugs were suddenly perceived as patriots eager to restore order. The first concentration camps were soon filling up with Hitler’s political opponents: Socialists, Communists, and Social Democrats. Before he targeted Jews, Hitler made sure to discredit and then destroy the democratic opposition. Many were subjected to torture and paraded through the streets as enemies of the “fatherland.” Supposedly “incontestably wicked transgressors,” they were “put on public display in order to affirm the virtue and coherence of the community,” historian Peter Fritzsche writes in Hitler’s First Hundred Days: When Germans Embraced the Third Reich. A nationwide boycott of Jewish businesses followed on April 1. On April 7, Jews were purged from the civil service. In May, unions were abolished. Government, law enforcement, and the courts were now securely in the hands of the Nazis.

How and why did the majority of Germans—long divided along class, religious, and regional lines—come to put aside those divisions and unite behind the Nazi regime? Fritzsche’s Hitler’s First Hundred Days does an exceptional job of putting the reader on the scene and explaining how Hitler and Joseph Goebbels, his propaganda chief, employed persuasion and pageantry, as well as violence, to eliminate political opposition while winning over the German people. The strategy was simple enough in a sense—call it “Make Germany Great Again”—but carried out with singular determination in a climate of crisis and foreboding. Nazi propaganda relentlessly cast the struggle as one of “us” against “them,” while harkening back to the united Germany that had eagerly entered World War I seeking national renewal. Now, however, the “them” were domestic enemies, not foreign ones—traitors who had conspired to stab the nation in the back and humiliate it in the aftermath of defeat.

The Nazis persuaded the Germans that only Hitler could protect them from the chaos of the Weimar Republic and other insidious domestic threats.
sharetweet

The Nazis persuaded the Germans that only Hitler could protect them from the chaos of the Weimar Republic and other insidious domestic threats, especially the Jews. Both Fritzsche’s parents and in-laws were born in Berlin and lived through the war. His paternal grandfather supported the Nazis, while his maternal grandfather defended dissidents. Fritzsche emphasizes how Nazi propaganda and mass theatrics, and especially the shrewd use of the radio, forged a common identity for Germans exhausted by the economic and political turmoil of the Weimar Republic. Getting affordable radios, a relatively novel technology, into the homes of millions of Germans was a key factor in creating a sense of national unity. When Hitler was speechifying, practically every household was tuned in, and those who were not were often suspect. One could walk down any German city street and never miss a word of the Fuhrer’s fulminations pouring out of the open windows of houses and apartments.

The Nazis’ mass rallies and festivals, with their flags, uniforms, and songs, were fervent patriotic celebrations of a return to German greatness. That greatness required unquestioned loyalty and a belief in Germany’s future martial glory. “Hitler argued that ‘all measures are justified if they serve the preservation of the nation,’” Fritzsche writes. “Germans credited the Nazis with finally putting into place the national solidarity they had yearned for after the lost war and years of revolution and counterrevolution…. Free elections could not attain the will of the people; only the state’s task in preserving and strengthening the collective existence could achieve that.”

Fritzsche insists that we recognize how Nazi “ideas moved people,” and how what looked like delusion to outsiders was experienced as “spiritual renewal and uplift” by Germans. People came to believe in the national and racial “props”—such as the Day of National Labor—the Nazis created and so relentlessly peddled. Yes, Germany was becoming a totalitarian state, but it could only be governed with the consent of a willing populace.

In the aftermath of the January 6 assault on the Capitol, the similarity between Trump’s actions and appeal and the methods of the Nazis is impossible not to see. Steve Bannon, it should be noted, was instrumental in promoting the January 6 rally on his television and radio programs. To attain power, Hitler made sure the frustrating operations of liberal democracy were utterly discredited and, as a consequence, easily manipulated. Obviously, Americans have not lived through a period of revolution and counterrevolution. Nor have we seen widespread battles in the streets between politically aligned paramilitaries. But Trump’s demonizing of his political opponents, his ravings about the “deep state,” his constant refrain of “America First” and “Make America Great Again,” are, as Bannon recognized, right out of the same demagogic game plan. The assault on the Capitol was a blatant attempt to overturn a free and fair election. Former Trump chief of staff Mark Meadows’s recently disclosed emails from January 6 show that some in Trump’s circle even encouraged him to declare martial law. What better summarizes Trump’s lies about the “stolen election” than the notion that only he—to borrow Fritzsche’s words about the Nazies—can express the true “will of the people”? Or Trump’s own words on January 6: “We fight like hell. And if you don’t fight like hell, you’re not going to have a country anymore.”

As the assault on the Capitol showed, the most worrisome thing about Trump is that his words do move people. Trump is not a racial ideologue like Hitler, but he is determined to destroy anyone and anything standing in the way of his ambition—and that includes America democracy. To the extent Republicans support or excuse his words and actions they are complicit.

With stagflation on the horizon, an ongoing immigration crisis, rising crime rates, war in Ukraine, the return of nuclear brinkmanship, and an ascendent Republican Party unable to disenthrall itself from a sociopath, we seem closer to the beginning than to the end of the nation’s dalliance with authoritarianism. If my in-laws were still alive, I am confident they would agree. 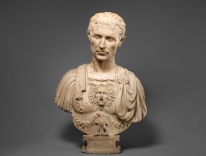