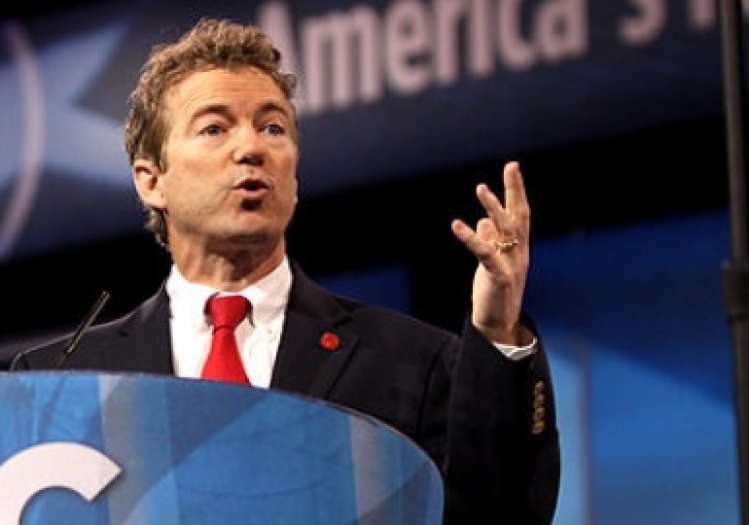 If the nation is lucky, this October will mark the beginning of the end of the tea party.

It is suffering from extreme miscalculation and a foolish misreading of its opponents’ intentions. This, in turn, has created a moment of enlightenment, an opening to see things that were once missed.

Many Republicans, of course, saw the disaster coming in advance of the shutdown. But they were terrified to take on a movement that is fortified by money, energy and the backing of a bloviating brigade of talk-show hosts. The assumption was that the tea party had become invincible inside the GOP.

People who knew better followed Sen. Ted Cruz down a path of confrontation over Obamacare. Yet even before the shutdown began, Republicans stopped talking about an outright repeal of Obamacare, as House Speaker John Boehner’s ever changing demands demonstrated.

The extent of the rout was then underscored in the hot microphone incident last week when Sen. Rand Paul was caught plotting strategy with Sen. Mitch McConnell. Paul’s words, spoken after he had finished a television interview, said more than he realized.

“I just did CNN. I just go over and over again: ‘We’re willing to compromise, we’re willing to negotiate,’” Paul said, adding this about the Democrats: “I don’t think they’ve poll tested, ‘We won’t negotiate.’”

Tellingly, Paul described the new GOP line this way: “We wanted to defund it, we fought for that, but now we’re willing to compromise on this.”

It’s revealing to hear a politician who is supposed to be all about principle mocking Democrats for failing to do enough poll testing. It makes you wonder whether Paul poll tests everything he says. But Paul’s statement raised a more important question: If just days after it began, a shutdown that was about repealing Obamacare is not about repealing Obamacare, then what is it about?

Actually, it’s what even conservatives are calling the Seinfeld Shutdown: it’s about absolutely nothing, at least where substance is concerned. Moreover, Paul and his friends need to explain that if they are so devoted to “negotiation,” why didn’t they negotiate long ago? Why did they relentlessly block negotiations over a Senate Democratic budget whose passage, according to a now discarded pile of press releases, they once made a precondition for discussions?

Only now can we fully grasp that politics on the right has been driven less by issues than by a series of gestures. And they give up on even these as soon as their foes try to take what they say seriously.

What the tea party and Boehner did not reckon with is that Obama and the Democrats are done with being intimidated by the use of extra-constitutional means to extort concessions that the right cannot win through normal legislative and electoral methods.

Obama doesn’t just want to get past this crisis. He wants to win. And win he must, because victory is essential to re-establishing constitutional governance, a phrase that the tea party ought to understand.

Obama didn’t need to “poll test” his position because the poll that matters, the 2012 election, showed that the tea party hit its peak long ago, in the summer of 2011, when it seemed to have the president on the defensive.

The slowly building revolt among Republicans against the tea party shutdown is one sign of how quickly the hard right’s influence is fading. So is the very language they are being required to speak. Having talked incessantly about how useless and destructive government can be, House Republicans are now testifying to their reverence for what government does for veterans, health research, sick children and lovers of national parks, especially war memorials.

Appreciation for government rises when it’s no longer there. By pushing their ideology to its obvious conclusion, members of the Cruz-Paul right forced everyone else to race the other way.

Yes, the tea party will still have its Washington-based groups that raise money by bashing Washington, ginning up the faithful and threatening the less ideologically pure with primary challenges. But no Republican and no attentive citizen of any stripe will forget the mess these right-wing geniuses have left in their wake.

We now know that the tea party is primarily about postures aimed at undercutting sensible governance and premised on the delusion that Obama’s election victories were meaningless. Its leaders abandon these postures as soon as their adversaries stand strong and the poll-testers report their approach is failing. This will give pause to anyone ever again tempted to follow them into a cul-de-sac.

The Economics of Family