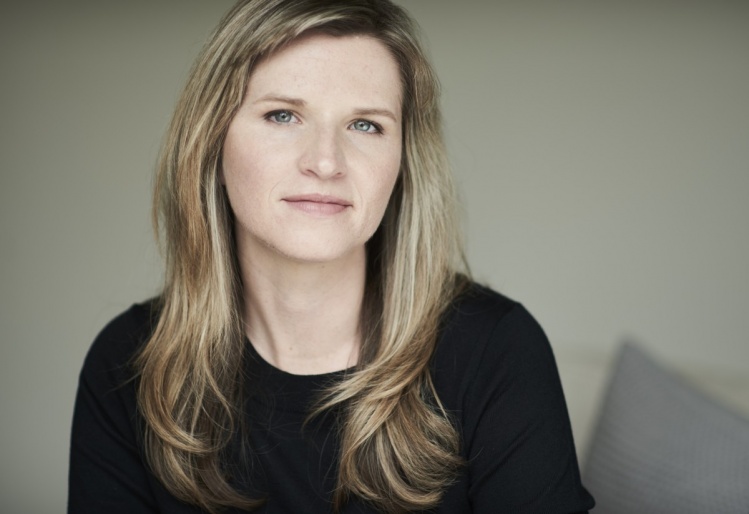 In Book 9 of Homer’s Odyssey we meet the Cyclopes, the race of one-eyed giants who live apart from each other in isolated mountain caves. As Richmond Lattimore’s translation has it, “Each one is the law for his own wives and children, and cares nothing about the others.” Odysseus exploits this weakness in his well-known escape from the giant’s lair. “Nobody is my name,” the epic hero tells the giant, and after Odysseus blinds him, the Cyclops calls out to his brothers for help: “Nobody is killing me by force or treachery.” Lacking a common bond, the other Cyclopes are easily tricked, and no one comes to his aid.

The real “nobody,” it turns out, is not Odysseus but the Cyclops himself. For how can he have an identity without a community?

In Educated: A Memoir, Tara Westover recounts her own kind of Cyclopean upbringing in rural Idaho in the 1990s. “Feral” might be a better word for it. She and her six older siblings were raised on the side of Buck’s Peak by a fundamentalist Mormon family of survivalists. Ruby Ridge was a rallying cry for her bipolar father, who stockpiled weapons and fuel in anticipation of the government’s eventual collapse. The family sustained itself by selling herbal remedies and working in their own junkyard, and much of the book is a litany of the wounds the author and her siblings received there from flying exhaust pipes and exploding gas tanks. Though more than a few injuries were life-threatening, none received treatment from doctors or hospitals—herbal tinctures and salves were all her father allowed. Westover’s father kept his children out of school, and several of them, including the author, did not receive birth certificates. As far as the outside world was concerned, Tara Westover was a nobody.

How, then, did she become a someone? In telling the story of her improbable journey from Buck’s Peak to Cambridge, where she received a PhD, Westover searches for an answer.

The Westover children clearly have limited options for their future. Their work in the family business occupies most of their time, and homeschooling consists of periodically leafing through encyclopedias and grade-school science textbooks. Yet the outside world still makes its way into the family home. Lying on the floor at her older brother’s feet, listening to his CD of the Mormon Tabernacle Choir, the young Tara Westover’s education begins:

The hymn was familiar to me—we’d sung it at church, a chorus of mismatched voices raised in worship—but this was different. It was worshipful, but it was also something else, something to do with study, discipline, and collaboration. Something I didn’t yet understand.

The allure of the world outside begins to work on Westover in fits and starts. She babysits for other families in town, and takes dance classes and voice lessons. In her teenage years she studies math on her own and scores high enough on the ACT to enroll at BYU against her father’s wishes. Culture shock ensues. Her mainstream-Mormon classmates drink caffeine, wear form-fitting clothing, and shop on the Sabbath. In one class she is astounded to learn that the Emancipation Proclamation did not set all things right among the races in America. Another class goes stone-silent when she asks what the word Holocaust means. She had never heard it before.

Despite the steep learning curve, Westover proves herself to be naturally gifted and intensely curious. Her professors notice, and encourage her to pursue an intellectual career. She travels to Cambridge on a Gates Scholarship and stays there to earn a PhD in history, completing a dissertation, appropriately, that examines Mormonism through the lens of social science.

Westover’s memoir provides a captivating account of her gradual discovery of an essentially Catholic truth—that we exist in relation to others and to the world around us.
sharetweet

The book-blurb version of Educated ends here, a Hillbilly Elegy-meets-Pygmalion tale of an improbable intellectual coming-of-age. However, Westover digs deeper in this memoir. She wants to tell the story of her soul, not her accomplishments, and she writes surprisingly little of her life at Cambridge. Instead, like a tongue probing a sore tooth, her narrative returns to Buck’s Peak, where her identity still lies. How can she break from her family without losing herself?

The answer does not come easily. Throughout her teens and into her graduate-school years, Westover suffers tremendous physical and psychological abuse at the hands of her older brother Shawn. He rages violently, and when Tara starts to wear makeup and date, she bears the brunt of his manic outbursts, which often leave her with broken bones and bruises. Westover’s encounter, in college, with early feminist thinkers like John Stuart Mill and Mary Wollstonecraft, gives her a language to understand this experience. When she brings the abuse to her father’s attention, however, he refuses to acknowledge it, and eventually, the entire family, except for one brother, turns on her. Isolated and on the verge of psychological collapse while on a fellowship at Harvard, Westover begins to doubt her own memory—perhaps she imagined the abuse?

If we are made to mistrust our memories, how do we know who we are? Westover’s entire memoir wrestles with this question. In doing so, she follows the lead of the West’s first autobiographer, St. Augustine. In Book 10 of the Confessions, he ties memory to identity and, specifically, to language:

[W]hen a true account is given of past events, what is brought forth from the memory is not the events themselves, which have passed away, but words formed from images of those events which as they happened and went on their way left some kind of traces in the mind.

It is fitting, then, that writing in her journal saves Tara Westover. After one particularly humiliating incident that involves Shawn dragging her through a parking lot, she decides, for the first time, to record the abuse in her journal—not just in the “vague, shadowy language” she usually uses to conceal the abuse from herself, but in terms of what actually happened. This action, she later writes, “would change everything.”

Even when it occurs in a private journal, writing is a communal activity, for the simple reason that language itself is. Putting her private experience into language enables Westover’s subjectivity to become objectivity; she cannot erase its meaning, no matter how much she would like to. Writing the truth helps her realize that her “voice might be as strong” as the other ones that had narrated her life to that point.

Honesty defines Westover’s voice, and redeems her book from occasional lapses into cliché. When she recounts scrawling verses of Bob Marley’s “Redemption Song” into her notebook for inspiration, readers are tempted to roll their eyes (attending a college party or two has a way of removing any illusions of Marley as a prophet). But to Westover, for whom the singer is an unknown until that point, “Emancipate yourself from mental slavery” is as fresh and charged with meaning as any line from Locke, Hume, or Rousseau. And though she has every reason to turn her family into villains, she tempers their faults with genuine affection, even for Shawn, whose violent paroxysms were often followed by moments of poignant tenderness.

For the ancient Greeks, education implied much more than our modern conception of “receiving information” or “gaining experience.” It meant entering into the patterns of the larger community, so that one becomes an individual only by learning from others and from the past. The Greeks called this process paideia, and it is precisely this concept that Homer’s Cyclopes lacked. Their caves may have granted them autonomy, but they were not individuals, because they lacked culture and community.

Educated is Tara Westover’s account of becoming an individual through paideia. She ventures out into the world to discover her identity, and finds it only by making herself vulnerable to the truth, no matter where it lies or how painful it is. Her memoir provides a captivating account of her gradual discovery of an essentially Catholic truth—that we exist in relation to others and to the world around us.

Pedagogy of the Distracted