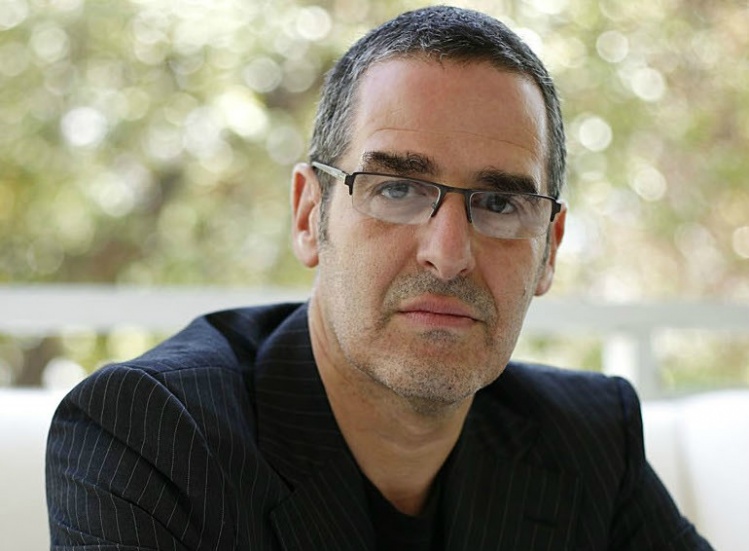 In his 1998 book Dark Continent: Europe’s Twentieth Century, historian Mark Mazower marveled that the twentieth century ended as well as it did. After catastrophic experiments with fascism and communism, Europe had emerged as a stable collective of democracies that was about to unite, for the most part, in a common currency. Counter to those who saw this triumph as the inevitable spreading of our superior political economy—democratic capitalism—Mazower cautioned that the peaceful denouement of the century was “just one possible outcome of our predecessors’ struggles and uncertainties.” It is easy to forget that, perhaps with just a twist here or a tweak there, things could have turned out much worse.

Mazower, who teaches at Columbia University, has written of these horrors from a scholarly remove. But his most recent book, What You Did Not Tell: A Russian Past and the Journey Home, makes them personal. Growing up in London’s Highgate neighborhood, Mazower had heard stories of his grandparents’ flight from the 1917 Russian Civil War and observed his family making a modest middle-class life in Britain. Summoning his talents as a historian, Mazower dives into Russian, Belgian, American, and British population archives, complicated oral histories, and most vitally, letters, diaries, and photographs gathered from his family. The result is a meticulous, sensitive, and fascinating account of his family’s remarkable story, one that provides a window into the hopes and fears of those who suffered some of the worst calamities of the twentieth century.

Mazower introduces us to his paternal grandfather Max, a radical involved with the Bundists, an anti-tsarist Jewish socialist movement. Hiding their subversive network of revolutionaries under middle-class manners, Max and other Bundists set up an illegal print shop to produce their tracts. In Łódź, Max organized demonstrations against the government, notably the 1905 protests after government forces fired on a group of children. After an arrest and escape from exile in Siberia, Max found himself the target of the ascendant Bolshevik party, and many of his fellow Bundists, as well as one of his brothers, were killed. Max fled Russia in 1919, eventually settling in London.

Other family members had no less remarkable stories. Max’s wife Frouma lost much of her community of revolutionaries to Bolshevik purges. Frouma’s daughter Ira experienced a deeply traumatic flight from the Soviet Union, and all her life compensated for her early poverty with extravagance and superficiality. Max’s son André disavowed his father’s leftist past, converting to Catholicism, supporting Franco’s fascism, and working himself into T. S. Eliot’s social circle. André’s mother Sofia had been an anti-Bolshevik revolutionary, and was likely hunted by her Bolshevik brother Nicolai Krylenko, who rose to become the People’s Commissar for Justice of the USSR. Sofia lived among other revolutionaries in Paris, such as Leon Trotsky and Pyotr Kropotkin. The philosopher and critic Walter Benjamin remarked on meeting Sofia, and credited her friend with encouraging his interest in Marxism.

The overwhelming sense that Mazower conveys is the tendency of history to be like a “slalom course, a battle of wits with whatever lies round the next corner.”
sharetweet

The overwhelming sense that Mazower conveys is the tendency of history to be like a “slalom course, a battle of wits with whatever lies round the next corner.” Rather than a predictable, reasoned path, people find themselves engaged in a “wager on fate,” and there may be no explaining why some wagers pay off and others do not. This is its own kind of trauma, and the members of the Mazower family find their own ways to cope with this uncertainty and the defeat of their ideals.

“What invisible psychic struggles, what efforts of renunciation” had Max and Frouma endured to give Mazower’s father, referred to as “Dad,” a safe home? In Russia, Max had pretended to middle-class respectability as a cover for his illegal printing; in London, he embraced it as his survival strategy. He exchanged subversion for domesticity, making a comfortable home for his family rather than embracing the uncertainty and solitude of revolutionary life. He and his neighbors, many of them former revolutionaries, bonded over British politics and support of the Labour Party. They took walks; they cultivated a backyard garden. And into this quietly pleasant life the author’s father was born.

The first of the Mazowers not to have lived through persecution, flight, and resettlement, Mazower’s father was born, lived, and died all in the same London neighborhood. The traumas of the twentieth century that his family had endured, and in their own way overcome, gave Dad his own foundation for a contented life: an “enduring bond” with his neighborhood, and with the people, places, and memories that made up the “web” that he was born into. Mazower muses that the violence of the twentieth century affected Dad through its effects on his family, but also because “he knew what good fortune was whenever he looked at his family tree.”

In Dark Continent, Mazower observed that the social, economic, and existential damage of the twentieth century made Europeans weary of heroic politics. Revolution seemed uncontrollable, meta-solutions too risky. Politics became “something to be endured” rather than one’s raison d’etre. Instead, “intimacy and domesticity became more important than ever as stabilizing factors in people’s lives.” Critics then and now attack liberal democracy for being bourgeois and complacent, but it was far more tolerable than the oppression, hatred, and mass murder that had come from utopian ideologies. Mazower has seen this retreat from politics unfold in his own family, and doesn’t seem quite sure what to think. Concluding his family’s history, he acknowledges that it is not the beloved story of a lone revolutionary defying the odds to win a victory. He has in mind people like his uncle André and André’s mother Sofia, who give everything they have to a cause, but are “unmoored by the storms of history” and, at least in his characterization, bitter and alone.

In some way, the Mazowers did prevail over the horrors of the last century, precisely because they found their mooring amidst the storm. And so the historian wonders: “What would it be to tell the story of a life that illustrated the unfolding of a different, much older theme: the pursuit of contentment and well-being? Of life lived across generations as a story not so much about suffering and the isolation and loneliness of an authentic individuality as about resilience and tenacity and the virtues of silence and pragmatism and taking pleasure in small things?”

It’s an appealing thought, especially in the hyper-politicized times we live in. Still, one has to wonder: Where would we be without the revolutionaries, the ascetics, the people who accept no half-measures? Surely for them, “contentment” is lethal; the storms of history are where victory is won. When horror threatens, can domesticity stand up to the slalom course of history?

Mazower quips that history’s losers might matter more than its heroes. “No victories last forever,” he insists. “It is what you do with defeat that counts.” The romantic revolutionary might fester in resentment and misery after defeat. But Max, Frouma, and countless others have picked up, kept going, and taken solace in each other. If that’s not a life well lived, I’m not sure what is.